The three-year, $240,000 grant will be used to investigate how to make solar power conversion more resilient and tolerant to space-related radiation 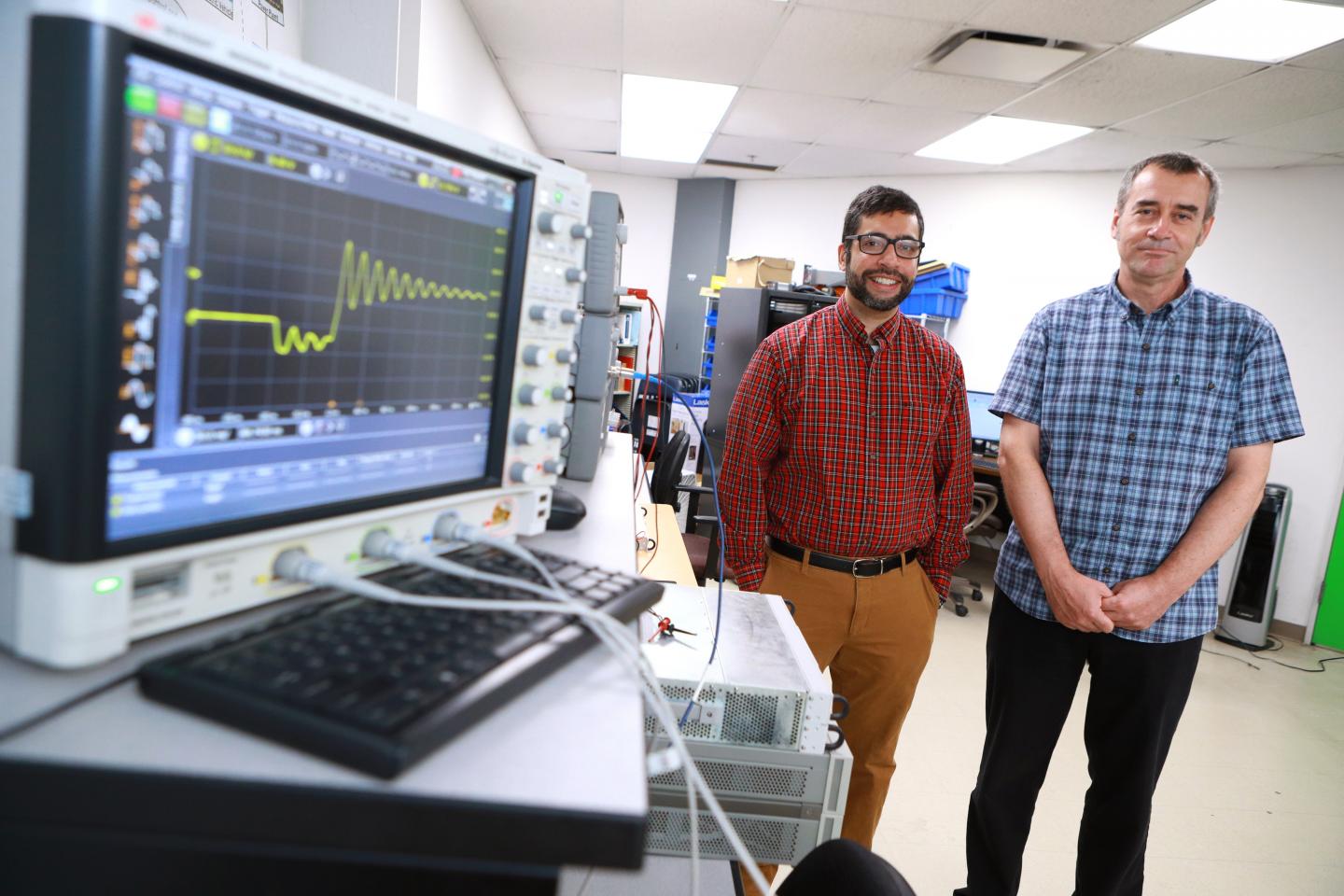 A team of engineers in The University of Toledo College of Engineering is working with NASA’s Jet Propulsion Laboratory to more reliably power spacecraft using the sun’s energy on future missions to Mars and the moon.

The electricity generated by solar panels aboard a spacecraft is used to provide power for a number of systems, including propulsion and navigation.

Before the solar-derived electricity is integrated with those systems, it must first pass through an intermediary circuit, or a “power converter,” that conditions the electricity coming from the solar panel so that it is compatible with the propulsion and navigation systems.

However, cosmic rays that float in space and contain ions are disrupting the performance of this power converter, causing radiation-related failures.

NASA awarded Dr. Daniel Georgiev and Dr. Raghav Khanna, both associate professors in the Department of Electrical Engineering and Computer Science, a three-year, $240,000 grant to investigate how to make the power conversion circuitry more resilient and tolerant to space-related radiation, which degrades its performance and results in power loss and system downtime.

“We are honored and excited that our research will contribute to NASA’s goal of putting more exploratory devices and electrical power on Mars,” said Khanna, who has done prior work with NASA on power electronics and semiconductor studies. “Ever since I was a kid, it has been a dream to work with NASA and maybe someday walk on the moon like Neil Armstrong.”

Using a solar array simulator in their laboratory, high-speed precision computers and guidance from NASA, Georgiev and Khanna are modeling why the circuits are failing.

The simulator emulates the characteristics of solar arrays used in space and provides power to a power converter circuit built by the UToledo team and NASA engineers.

“We’re analyzing how the radiation penetrates the circuit and what causes these devices to degrade,” Georgiev said.

At the same time, the team will study the degradation mechanisms in a particular application relevant to NASA by developing a power converter that allows the solar panels aboard NASA spacecraft to continuously extract maximum power from available sunlight.

“As the spacecraft is moving around and goes behind a celestial body, maximum available power tends to change rapidly,” Khanna said. “On the moon, lunar dust can also obscure the panel from the sun, leading to rapid changes in available power. Whether in deep space or in lunar missions, we need to develop a control algorithm to make sure we can always extract maximum available power from solar panels at a much greater efficiency while exhibiting improved radiation tolerance, allowing uninterrupted exploration.”