Narwhals have endured a million years with low genetic diversity, and they’re thriving 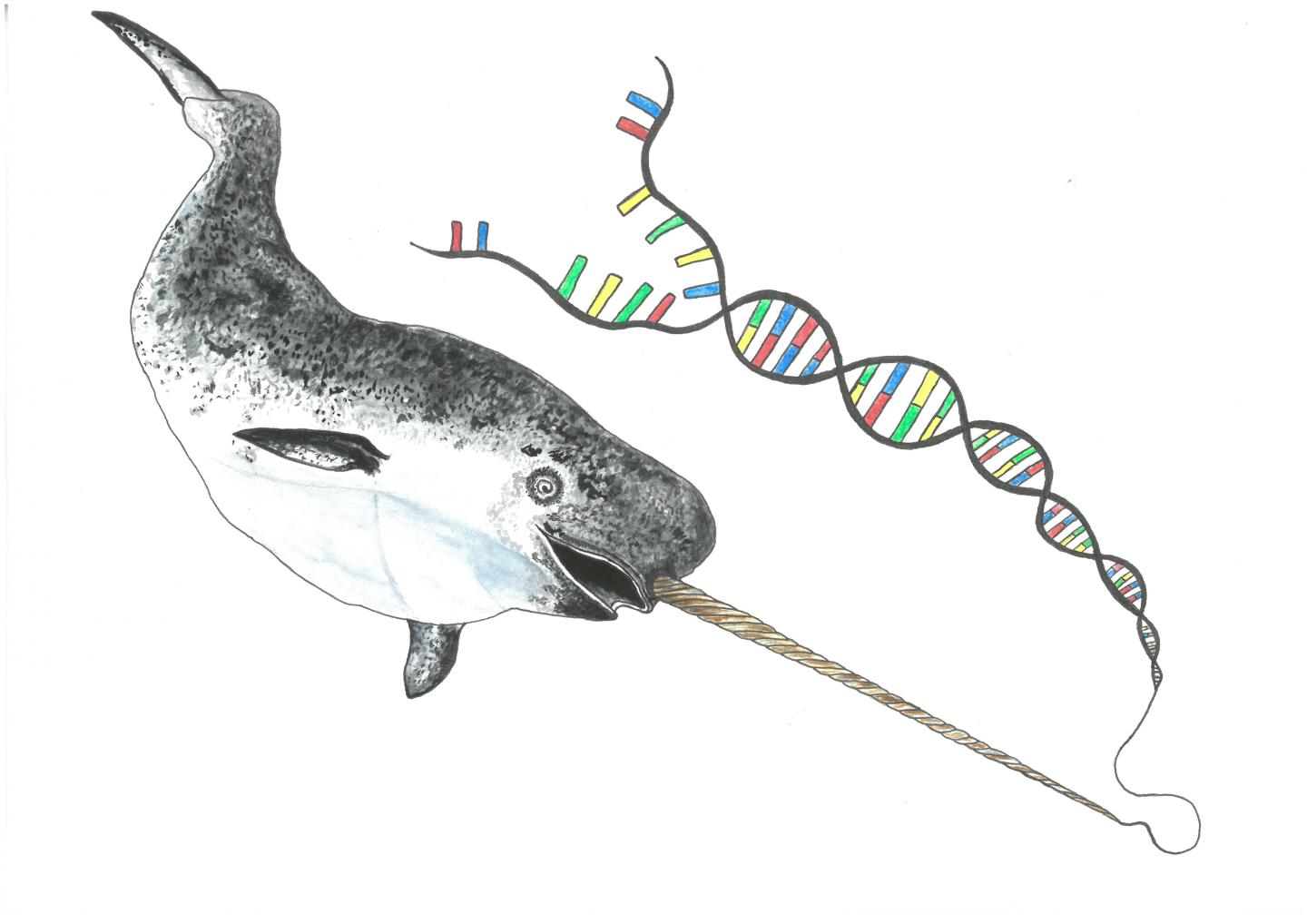 Danish researchers have sequenced the genome of a narwhal, the Arctic whale famous for the horn-like tusk protruding from its forehead. Their work, appearing May 1 in the journal iScience, finds that compared to other Arctic marine mammals, narwhals have low genetic diversity, which typically indicates a species is struggling. However, narwhal populations number in the hundreds of thousands–but researchers warn they are still vulnerable to climate change and human activities in the Arctic.

Low genetic diversity has historically been viewed as a species’ death sentence because it was thought that when members of a species have less DNA variation for natural selection to act on, they would struggle to adapt to changes in their surroundings. But this research suggests it might be more complicated than that.

“There’s this notion that in order to survive and be resilient to changes, you need to have high genetic diversity, but then you have this species that for the past million years has had low genetic diversity and it’s still around–and is actually relatively abundant,” says Eline Lorenzen, an associate professor and curator at the Natural History Museum of Denmark. Currently, the population estimate of narwhals places them at around 170,000 individuals, enough to change their IUCN Red List status from “Near Threatened” to “Least Concern” last year.

“This shows us that just looking at the number of individuals isn’t indicative of the genomic diversity levels of a species, but also looking at the genomic diversity levels isn’t indicative of the number of individuals. Equating those two doesn’t seem to be quite as simple as previously thought,” Lorenzen says.

Interestingly, the low genetic diversity found in narwhals appears to be unique to the species; several other Arctic species, including their closest relative, the beluga, all have higher levels of genomic diversity.

Instances of low genetic diversity usually stem from inbreeding or bottleneck events, which is when a species’ population is dramatically reduced as a result of a die-off and the surviving individuals are left to rebuild their numbers from limited genetic stock. However, neither of these possibilities, which result in an accumulation of unfavorable gene variants within a species, appear to explain what is seen in the narwhals. Instead, the authors suggest that the onset of the last glacial period roughly 115,000 years ago might have created an ideal habitat in which narwhals, whose population was probably considerably smaller at that time, could have rapidly proliferated.

“Narwhals’ long-term low genetic diversity may have allowed them to evolve different mechanisms to cope with their limited genome,” says Michael Vincent Westbury, a postdoctoral researcher at the Natural History Museum of Denmark.

The authors caution that although most narwhal populations are currently doing well, their niche specialization and confinement to the Arctic–an area expected to be one of the most dramatically affected by climate change–means they are still vulnerable in the coming decades. “Our study can’t comment on whether narwhals will be able to adapt, or if they have the plasticity to be resilient in these rapid changes,” says Lorenzen. “But what we can say is that they have had this low genetic diversity for a really long time and they’re still around.”

Ideally, Lorenzen and Westbury would like their work to inform the conservation of this charismatic animal. “Narwhals are culturally important to Danish national history,” says Lorenzen. She notes that Danish waters aren’t actually inhabited by narwhals, but narwhal tusks were traded intensively as unicorn horns during the Viking period, and today narwhals are a highly priced hunting product in Greenland. “Their prevalence in Danish culture represents a long-lasting friendship between Greenland and Denmark,” she says, “and even the coronation chair of Danish King Frederik the 3rd from 1640 is made of narwhal tusks.”

Moving forward, the authors are interested in exploring whether this unexpected finding in narwhals is present in other species as well. To that end, future research plans include conducting genomic analyses and expanding their genetic understanding of a variety of Arctic species, both terrestrial and marine.

“This study shows that, as new data becomes available, we can question these commonly perceived notions that genetic diversity predicts the survivability of a species,” says Westbury. “Ultimately, this analysis is just one step of a lot of work to come.”

When grown right, palm oil can be sustainable