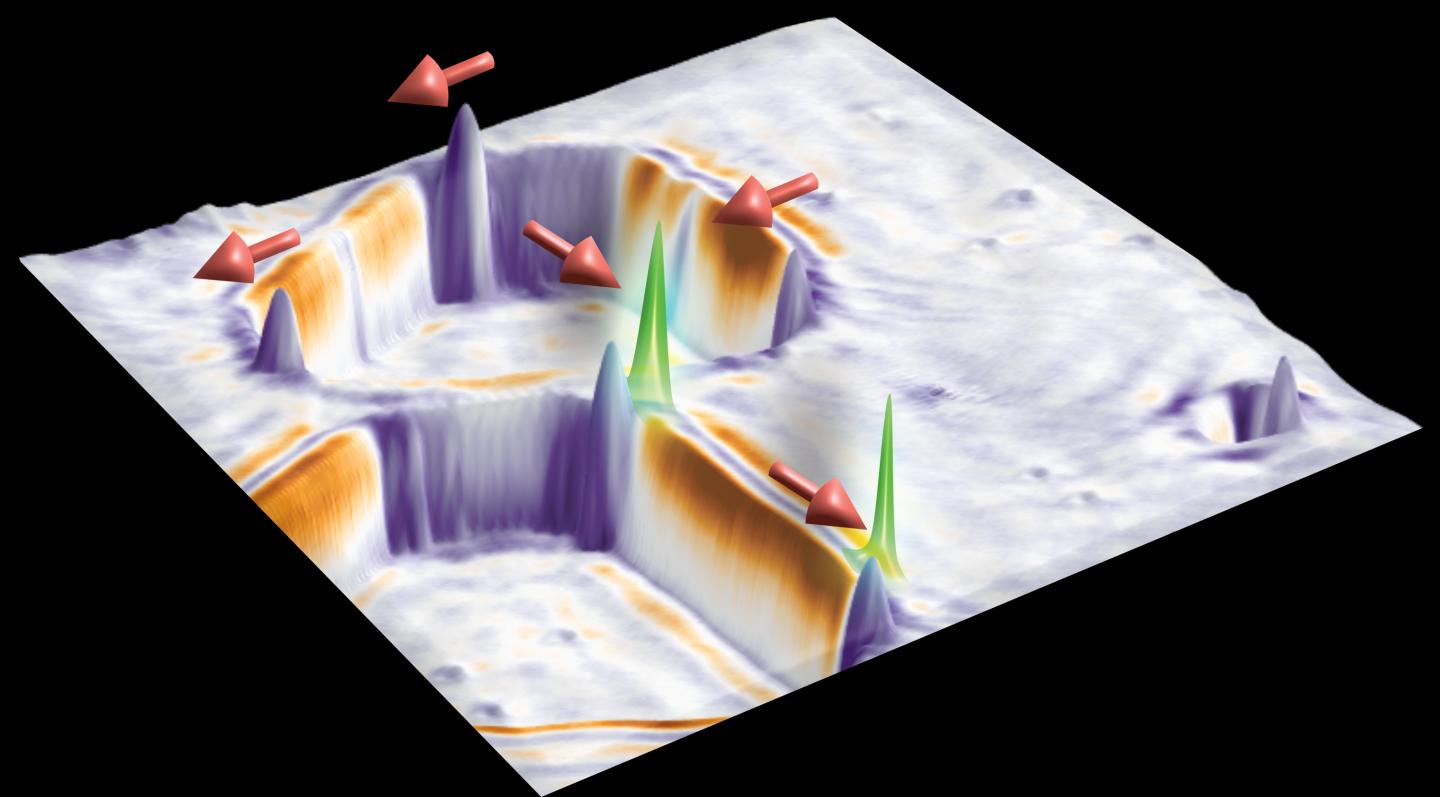 As mysterious as the Italian scientist for which it is named, the Majorana particle is one of the most compelling quests in physics.

Its fame stems from its strange properties – it is the only particle that is its own antiparticle – and from its potential to be harnessed for future quantum computing.

In recent years, a handful of groups including a team at Princeton have reported finding the Majorana in various materials, but the challenge is how to manipulate it for quantum computation.

In a new study published this week, the Princeton team reports a way to control Majorana quasiparticles in a setting that also makes them more robust. The setting – which combines a superconductor and an exotic material called a topological insulator – makes Majoranas especially resilient against destruction by heat or vibrations from the outside environment. What is more, the team demonstrated a way to turn on or off the Majorana using small magnets integrated into the device. The report appeared in the journal Science.

“With this new study we now have a new way to engineer Majorana quasiparticles in materials,” said Ali Yazdani, Class of 1909 Professor of Physics and senior author on the study. “We can verify their existence by imaging them and we can characterize their predicted properties.”

The Majorana is named for physicist Ettore Majorana, who predicted the existence of the particle in 1937 just a year before mysteriously disappearing during a ferry trip off the Italian coast. Building on the same logic with which physicist Paul Dirac predicted in 1928 that the electron must have an antiparticle, later identified as the positron, Majorana theorized the existence of a particle that is its own antiparticle.

Typically when matter and antimatter come together, they annihilate each other in a violent release of energy, but the Majoranas, when they appear as pairs each at either end of specially designed wires, can be relatively stable and interact weakly with their environment. The pairs enable the storing of quantum information at two distinct locations, making them relatively robust against disturbance because to change the quantum state requires operations at both ends of the wire at the same time.

This capability has captivated technologists who envision a way to make quantum bits – the units of quantum computing – that are more robust than current approaches. Quantum systems are prized for their potential to tackle problems impossible to solve with today’s computers, but they require maintaining a fragile state called superposition, which if disrupted, can result in system failures.

A Majorana-based quantum computer would store information in pairs of particles and perform computation by braiding them around each other. The results of computation would be determined by annihilation of Majoranas with each other, which can result in either the appearance of an electron (detected by its charge) or nothing, depending on how the pair of Majoranas have been braided. The probabilistic outcome of the Majorana pair annihilation underlies its use for quantum computation.

The challenge is how to create and easily control Majoranas. One of the places they can exist is at the ends of a single-atom-thick chain of magnetic atoms on a superconducting bed. In 2014, reporting in Science, Yazdani and collaborators used a scanning tunneling microscope (STM), in which a tip is dragged over atoms to reveal the presence of quasiparticles, to find Majoranas at both ends of a chain of iron atoms resting on the surface of a superconductor.

The team went on to detect the Majorana’s quantum “spin,” a property shared by electrons and other subatomic particles. In a report published in Science in 2017, the team stated that the Majorana’s spin property is a unique signal with which to determine that a detected quasiparticle is indeed a Majorana.

In this latest study, the team explored another predicted place for finding Majoranas: in the channel that forms at the edge of a topological insulator when it is placed in contact with a superconductor. Superconductors are materials in which electrons can travel without resistance, and topological insulators are materials in which electrons flow only along the edges.

The theory predicts that Majorana quasiparticles can form at the edge of a thin sheet of topological insulator that comes in contact with a block of superconducting material. The proximity of the superconductor coaxes electrons to flow without resistance along the topological insulator edge, which is so thin that it can be thought of as a wire. Since Majoranas form at the end of wires, it should be possible to make them appear by cutting the wire.

“It was a prediction, and it was just sitting there all these years,” said Yazdani. “We decided to explore how one could actually make this structure because of its potential to make Majoranas that would be more robust to material imperfections and temperature.”

The team built the structure by evaporating a thin sheet of bismuth topological insulator atop a block of niobium superconductor. They placed nanometer-sized magnetic memory bits on the structure to provide a magnetic field, which derails the flow of electrons, producing the same effect as cutting the wire. They used STM to visualize the structure.

When using their microscope to hunt for the Majorana, however, the researchers were at first perplexed by what they saw. Some of the time they saw the Majorana appear, and other times they could not find it. After further exploration they realized that the Majorana only appears when the small magnets are magnetized in the direction parallel to the direction of electron flow along the channel.

“When we began to characterize the small magnets, we realized they are the control parameter,” said Yazdani. “The way the magnetization of the bit is oriented determines whether the Majorana appears or not. It is an on-off switch.”

The team reported that the Majorana quasiparticle that forms in this system is quite robust because it occurs at energies that are distinct from the other quasiparticles that can exist in the system. The robustness also stems from its formation in a topological-edge mode, which is inherently resistant to disruption. Topological materials derive their name from the branch of mathematics that describes how objects can be deformed by stretching or bending. Electrons flowing in a topological material thus will continue moving around any dents or imperfections.

The study, “Observation of a Majorana zero mode in a topologically protected edge channel,” by Berthold Jack, Yonglong Xie, Jian Li, Sangjun Jeon, B. Andrei Bernevig and Ali Yazdani, was published online in the journal Science on June 13, 2019. DOI http://dx.doi.org/10.1126/science.aax1444

Scienmag Sep 23, 2019
Researchers from CRG and IBEC in Barcelona use a technique called high-throughput mutagenesis to study Amyotrophic…

Breakthrough in how cells link together has implications in the…