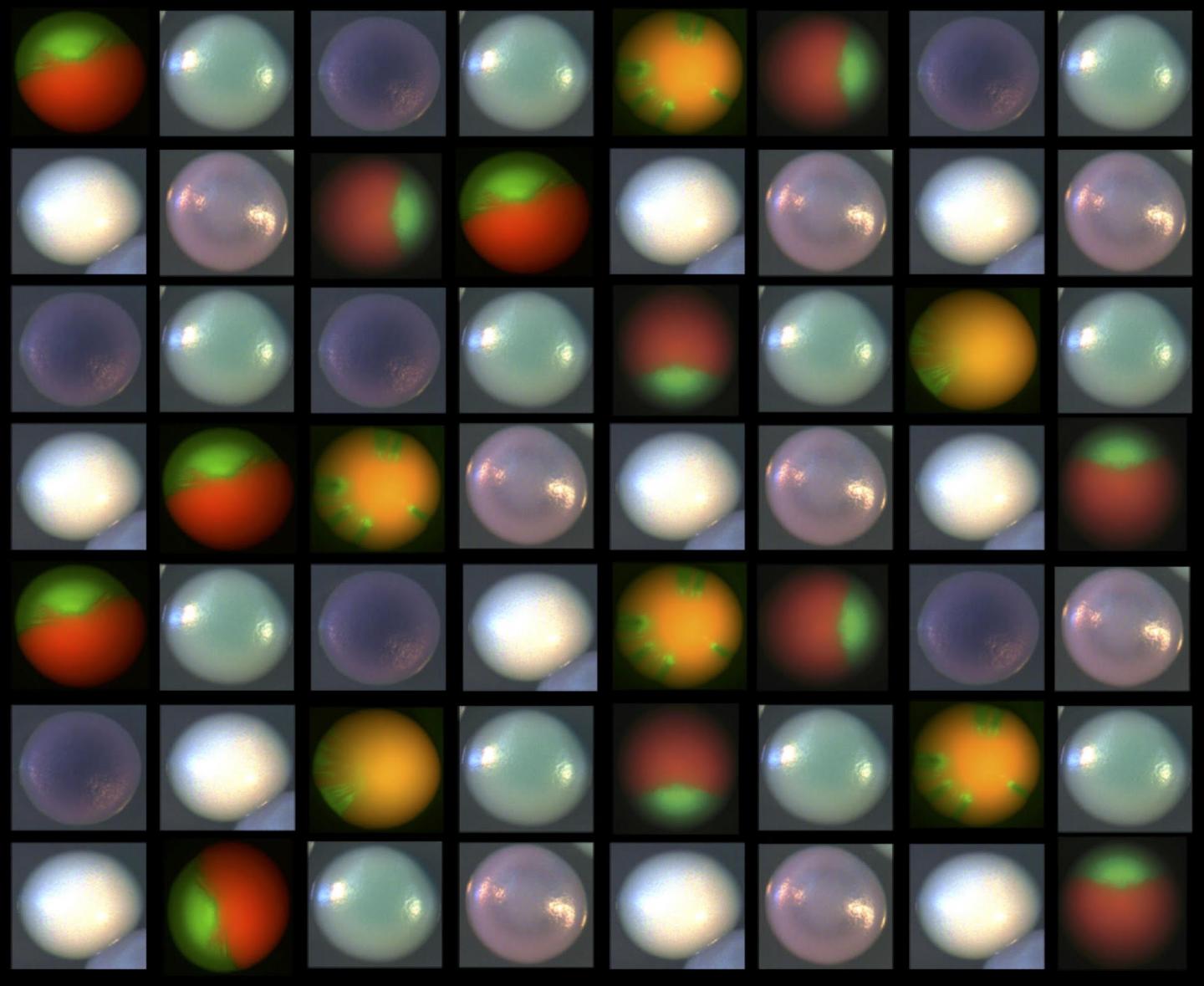 ROVIDENCE, R.I. [Brown University] — The fungus Candida albicans is found in the gastrointestinal tract of about half of healthy adults with little if any effect, yet it also causes an oft-fatal blood infection among patients with compromised immune systems, including those with HIV/AIDS. New research from Brown University helps show how this fungus gets the flexibility to live in these vastly different environments.

The researchfound that patient samples of the fungus frequently lack one copy of a gene that serves as a vital master regulator. In the lab, these cells can regularly switch to having a different set of traits, or phenotype, by losing the other copy. Cells with one or two copies of the master regulator appear white in color and are more virulent in blood infectionswhile cells lacking both copies produce “gray” colonies that can predominate in the gastrointestinal tract.

“Diversity in a microbial species protects them against changes in their environment,” said Richard Bennett, a professor in Brown’s department of Molecular Microbiology and Immunology. “If they have diversity, a subpopulation of cells may be able to adapt, even if the rest of the population cannot. We found that some samples of Candida albicanscan switch phenotype because they’re already carrying one inactivated copy of a gene in this genetic hotspot.”

The study was published on Tuesday, Feb. 26, in the journal Cell Host and Microbe.

Hotspots for genetic mutations are a new, and somewhat surprising, mechanism for disease-causing fungi to acquire trait diversity, but the mechanism is well-known among bacteria, Bennett said.This variety of traits helps Candida to adapt to different host environments.

For example, Candida fungus can be found in the gastrointestinal tract of 40 to 60 percent of healthy adults with little if any effect. It can also cause annoying yeast infections and oral thrush. On the other hand, in individuals with a compromised immune system — such as those who have AIDS, are undergoing chemotherapy or are preparing for an organ transplant — Candida can enter the bloodstream. This serious infection is fatal in 40 to 60 percent of cases because it is difficult to treat, Bennett said.

Shen-Huan Liang, a doctoral student in Brown’s pathobiology program, looked at 63 different samples from patients, including ones from gastrointestinal tract, oral thrush and pathogenic bloodstream infections. She found that seven of those strains — more than 10 percent — lacked one or both copies of a specific master regulator called EFG1. EFG1 is a protein that regulates traits such as virulence, metabolism and the switch between growing as single-celled yeast or multi-cellular filaments.

Even though EFG1 contributes to the infectivity of Candida, one of the strains lacking both copies of was from a blood infection. Another was from a patient with oral thrush. Both clinical strains appeared “gray” when grown on special agar. Five strains had one copy of the gene and appeared white, but switched to the gray state in up to 10 percent of daughter colonies. The research team found numerous different DNA mutations that disrupted gene function. The gene contains at least four regions of repetitive DNA sequences, which Bennett suggested may make it a hotspot for genetic mutations.

“The EFG1 gene seems to central to a lot of Candida albicans biology, so it keeps getting hit by mutations again and again,” Bennett said. “It is interesting that these repetitive sequences can be mutated very easily, and losing this gene is clearly providing some type of selective advantage.”

Typically mutations to critical genes are thought to be quite harmful. However, in this case it might be somewhat like the benefit from being heterozygous for the sickle cell trait in humans, Bennett said. People with one normal copy of the hemoglobin gene and one copy of the sickle cell mutation are more resistant to malaria than those with two normal copies of the gene. However, people with two copies of the sickle cell mutation have sickle cell anemia and suffer from episodes of joint and abdominal pain, anemia and a weakened immune system, so it can be a delicate balance he added.

In looking at Candida albicans, the research team wanted to determine if lacking one copy of the gene provided a strain with an evolutionary advantage in the gastrointestinal tracts of mice. To test this, the researchers combined a strain with both copies of EFG1 in a 50:50 ratio with a strain lacking one copy, and introduced the mixture into the gut of mice. The researchers then analyzed the fungal cells present in the animals’ excrement over several weeks. After two to six days, some of the cells from the strain lacking one copy of the master regulator lost the second copy, and the resulting gray cells then predominated in the population.

The researchers also performed experiments in which they introduced a patient strain containing only one copy of the master regulator. These cells were initially white but eventually lost the other copy of EFG1 and became gray. These new gray cells again took over the colonizing the gut.

Finally, the team tested the competitiveness of the various strains in bloodstream infections. In this different environment, they found the strain lacking both copies of the EFG1 gene predominated in the kidney, spleen and liver over a strain lacking just one copy, even though the former was less fatal to the host. The researchers were able to distinguish effective colonization of different tissues from the infection that killed the host.

Bennett cautioned that this study looked only at losing EFG1 in Petri dishes and in mice. In the future, he would like to work with clinicians to collect more fungal samples from patients — both from different infected organs and the gastrointestinal tract — and over an extended time period. This will provide a better understanding of how Candida albicans adapts to different environments within patients, the role EFG1 mutations may play in different patients and how different sub-populations of fungi respond to treatment.

Continuing in the lab, Bennett said he would like to study the nitty-gritty details of the mutation hotspot, including measuring the exact frequency that mutations occur in the hotspot compared to the rest of the genome and determining the mechanism of these mutations.

“A big question for all microbiologists is: ‘How representative is taking a single isolate, or a single cell, of the species overall?'” Bennett said. “We’ve learned that while studying one isolate is a good place to start, it’s not the whole picture, particularly when you’re talking about microbes.”

In addition to Bennett and Liang, other authors from Brown include Matthew Hirakawa, Corey Frazer, Leenah Alaalm, Gregory Thomson and Iuliana Ene. Authors also include Matthew Anderson and Joshua Wang from The Ohio State University.

The National Institutes of Health (grants AI081704/AI141893) and the Burroughs Wellcome Fund supported the research.