New results of a 65-year follow-up study of nearly 7,000 Norwegian patients with multiple sclerosis (MS) suggest that patients may have a greater overall risk of developing cancer than the general population 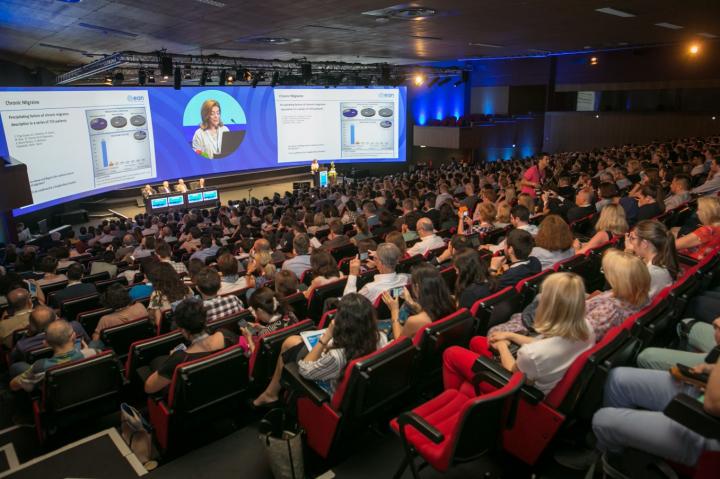 (Oslo, Saturday, 29 June, 2019) New results of a 65-year follow-up study of nearly 7,000 Norwegian patients with Multiple Sclerosis (MS) suggest that patients may have a greater overall risk of developing cancer than the general population, with an especially high risk of cancer in respiratory organs, urinary organs and the central nervous system.

Presented today at the 5th European Academy of Neurology (EAN) Congress in Oslo, Norway, the Norwegian study also indicated an increased risk of developing haematological cancers in non-MS siblings of MS patients, compared with both MS patients and the general population.

Cancer risk among MS patients compared to the non-MS population:

This long-term analysis was based on patient records from 6,883 MS patients born between 1930-1979, who were registered with various Norwegian MS and Cancer Registries, and prevalence studies from Norway. The analysis also included data from 8,918 siblings without MS, and 37,919 non-MS individuals.

“This study is the first to compare cancer risk in MS with non-affected siblings of MS patients. The risk assessment between these two groups is extremely interesting because they share the same genetics and environmental conditions,” noted Dr Nina Grytten, lead researcher of the study, from Haukeland University Hospital, Bergen, who presented the results at the EAN congress.

“Previous clinical studies of cancer risk in MS patients in various countries have shown inconsistent findings, so further research is needed to help improve our understanding in this area,” stated Dr Grytten. “This research outlines the need for greater awareness of cancer risk among MS patients, which should lead to shortened cancer diagnosis and more effective therapy in order to improve outcomes and survival.”

“Additional research could also identify the possible connections between haematological cancer and MS and new ways in which we could manage these conditions”, she added.

Multiple sclerosis is a lifelong disease that affects the central nervous system, especially the brain, spinal cord and optic nerves. It can lead to a wide range of symptoms, including problems with vision, arm or leg movement, sensation or balance. MS is one of the most common causes of disability in younger adults, and people with MS have on average 7 years shorter longevity.

Press Enquiries:
For further information or to speak to an expert, please contact Luke Paskins or Hannah Murray at [email protected] or call +44 (0) 1444 811099.

About the Expert:
Dr Nina Grytten is from Haukeland University Hospital, Bergen, Norway.

EAN – The Home of Neurology:

The European Academy of Neurology (EAN) is Europe’s home of neurology. Founded in 2014, through the merger of two European neurological societies, EAN represents the interests of more than 45,000 individual members and 47 national institutional members from across the continent. This year, EAN celebrates its fifth year of fostering excellence in European neurology and will bring together more than 6,000 neurologists and related scientists to the biggest general neurology conference in Europe.

In Oslo, Norway, from June 29 to July 2, there will be an exchange of knowledge and promotion of best practice, with a focus on the main theme of neuroinflammation. The EAN Congress will also cover all neurological diseases and disorders, including the big 7: epilepsy, stroke, headache, multiple sclerosis, dementia, movement disorders, neuromuscular disorders.

Magnonic devices can replace electronics without much noise