The MRC’s first decade of translational research funding has led to £1.1 billion private-sector investment and new therapies for patients 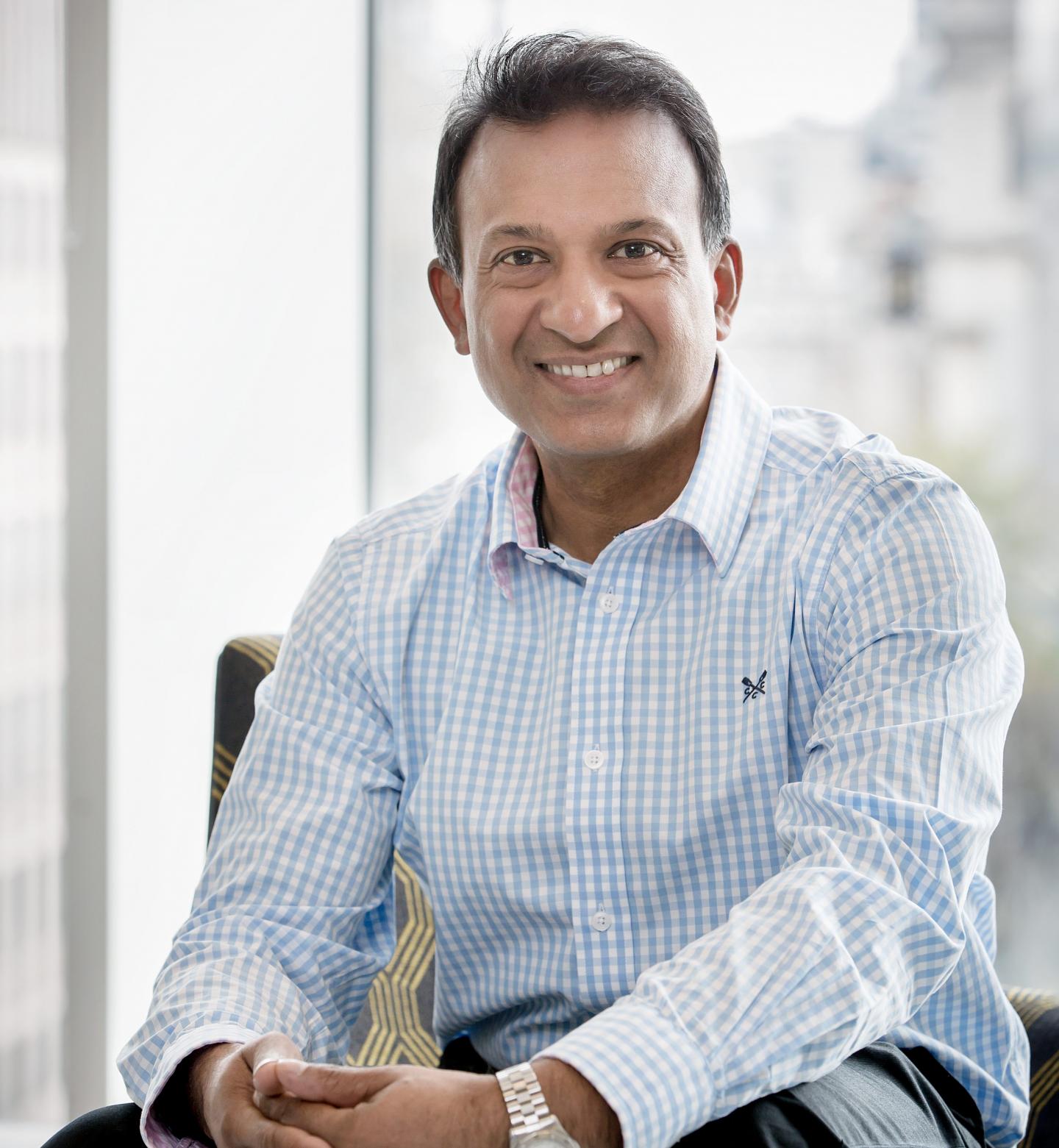 A new report has found that Medical Research Council (MRC) funding schemes for translational research have boosted the UK’s life sciences industry since they were introduced in 2008. Over £530 million of new translational research funding since 2008 has led to MRC-linked spin-outs securing £1.1 billion in private sector investment and delivering health benefits, such as new gene therapies and medical devices.

The MRC introduced funding schemes specifically for translational research1 in 2008, in response to recommendations arising from the UK government’s 2006 Cooksey review of UK health research funding2, which highlighted that not enough research was progressing from the bench to the bedside – through the so-called ‘valley of death’.

The report, released today, was commissioned by the MRC, part of UK Research and Innovation, to determine if these funding schemes met the goals of delivering more innovation into health care and strengthening the return on investment from discovery research. The report analysed the outcomes of all translational research that was completed between 2008 and 20183, including interviewing 250 principal investigators.

The report found a third of all projects funded through translational funding schemes secured further funding to progress, such as into later clinical development, spin-out companies, or other commercialisation.

A total of 134 spin-outs were attributed to MRC-funded projects, equivalent to between 3 to 6% of new UK life science companies formed since 2008.

Of these, 78 resulted from funding schemes for translational research. These included 31 spin-outs which secured a total of £1.1 billion in investment between 2008-2018 and were valued at £2.7 billion (as of August 2019).

In 2018, these companies attracted 41% of all investment in UK life sciences start-ups established since 2008. Over 200 investors were involved across 425 funding rounds and a third of these investors were from overseas.

Professor Dame Anna Dominiczak, the MRC’s Health Innovation Champion, and Vice Principal and Head of the College of Medical, Veterinary and Life Sciences at the University of Glasgow, said: “The MRC has played a leading role in developing a continuum of funding to support UK life scientists take research from the laboratory and through the ‘valley of death’, so investors and funders can turn their brilliant ideas into health and economic benefits. The MRC’s translational funding has the biggest impact in areas where we have created new markets in difficult or emerging areas of research, such as advanced therapies, like gene and cell therapies.”

The MRC funded the development of a new gene therapy for a type of the rare inherited immune disorder called adenosine deaminase deficiency (ADA) severe combined immunodeficiency (SCID), popularly called ‘bubble boy disease’. The MRC funded (three DPFS grants totalling £2.1m) innovative work to improve the safety and efficacy of the gene therapy, through the development of a mouse model and preclinical investigation. This opened the door to human clinical studies, and led to the successful treatment of 20 patients in an MRC funded phase I/II clinical trial. The resulting spin-out company Orchard Therapeutics is currently valued at more than $1.2bn.

Professor Bobby Gaspar, from the UCL Great Ormond Street Institute of Child Health, who led the research, said: “The MRC funding was absolutely critical for UCL/GOSH to take our investigational gene therapy programme for the treatment of ADA-SCID forward through pre-clinical proof of efficacy and safety studies and then Phase I/II clinical studies. We have treated patients from the UK and Europe and, based on encouraging results, successfully licensed the program to Orchard Therapeutics which plans to take this forward through the regulatory pathways to become an approved medicine, bringing potentially curative therapy to patients. We couldn’t have done it without MRC funding.”

Professor Dame Dominiczak added: “The impact of the MRC’s translational funding has been significant in terms of the goal of transforming UK research culture to catalyse innovative partnerships between the public and private sector, and create a more research-intensive economy. We were thrilled by the resounding support for the MRC’s translation strategy from over a hundred key opinion leaders internationally in academia and industry, such as leaders in university faculties, venture capitals firms, SMEs and pharma, who we interviewed as part of this report. The MRC will use this evidence to work with our stakeholders to plan future funding for translational research, so we can keep driving innovation and creating the conditions for the UK to continue to grow and prosper.”

The analysis was conducted by Ipsos MORI and Technopolis, and an independent expert advisory group oversaw the review and approved the main conclusions and recommendations.

Professor Simon Hollingsworth, Chair of the Expert Advisory Group, and Vice President and Global Medicine Leader at AstraZeneca, said: “It is clear that sustained MRC funding over this 10-year period has played a pivotal role in transforming the research culture in UK life sciences to one where researchers have the support, skills and drive to engage in translational research and turn great ideas into investable opportunities. Clinical research takes a long time (often more than 10 years) to be fully realised, so I suspect we have only just scratched the surface of the many clinical and commercial impacts that could come from the research undertaken over this decade.

“It is well documented in pharma that the path from discovery to the clinic and commercialisation is long and challenging, and we now have the evidence base to show how the principles such as fail fast and decisively can be successfully applied to translational funding in the academic life sciences too.”

Dialysis machine for acute liver failure: MRC funding (£950k, DPFS) in 2010 led to advancement of a prototype liver dialysis device, which had beem initially developed via NIHR funding, to extend the life of patients with acute-on-chronic liver failure (ACLF). ACLF patients typically have short life expectancy, with the only treatment being liver transplant. With the rising incidence of liver disease, this condition is increasing. The dialysis device is being commercialised through UCL, with the formation of the spin-out company Yaqrit, and a multi-centre randomised controlled trial is nearing completion, which was funded by a €6.4 million EU Horizon 2020 award.

Treating inherited blindness with gene therapy: MRC funding (£300k, DPFS) in 2011 supported critical work that enhanced viral vectors for delivering copies of defective genes to the retina, with the aim of treating inherited blindness. The funding at this pre-clinical stage supported several patentable modifications that improved the efficiency of transgene expression levels. The results were confirmed by testing in the lab and then progressed to clinical trials, two of which were funded by the MRC (total £5 million). This line of gene therapy research had been funded by the MRC and others since 2004 (£10 million in total MRC support) and following the successful completion of this specific project in 2013, four programmes (two in achromatopsia, two in retinitis pigmentosa) utilising the viral vector were transferred to the UCL spin out company MeiraGTx (now a publicly traded company valued at $450 million). The first patients enrolled in the clinical trials have benefitted from significant vision restoration.

Funding schemes focused wholly or mainly on translational aims grew from zero to 14% of MRC’s total expenditure over the period 2008/09 – 2017/18, representing a cumulative spend of £538 million over this period. This represents extra funding with no cuts to discovery research, as the MRC’s budget for all other research has also increased over the period.

The MRC’s funding aims to support the discovery of new and improved approaches to prevention, diagnosis and treatment – new therapies, diagnostics and devices – and advance these projects to a point at which other funders or investors will take the developments closer to clinical practice and health benefits.