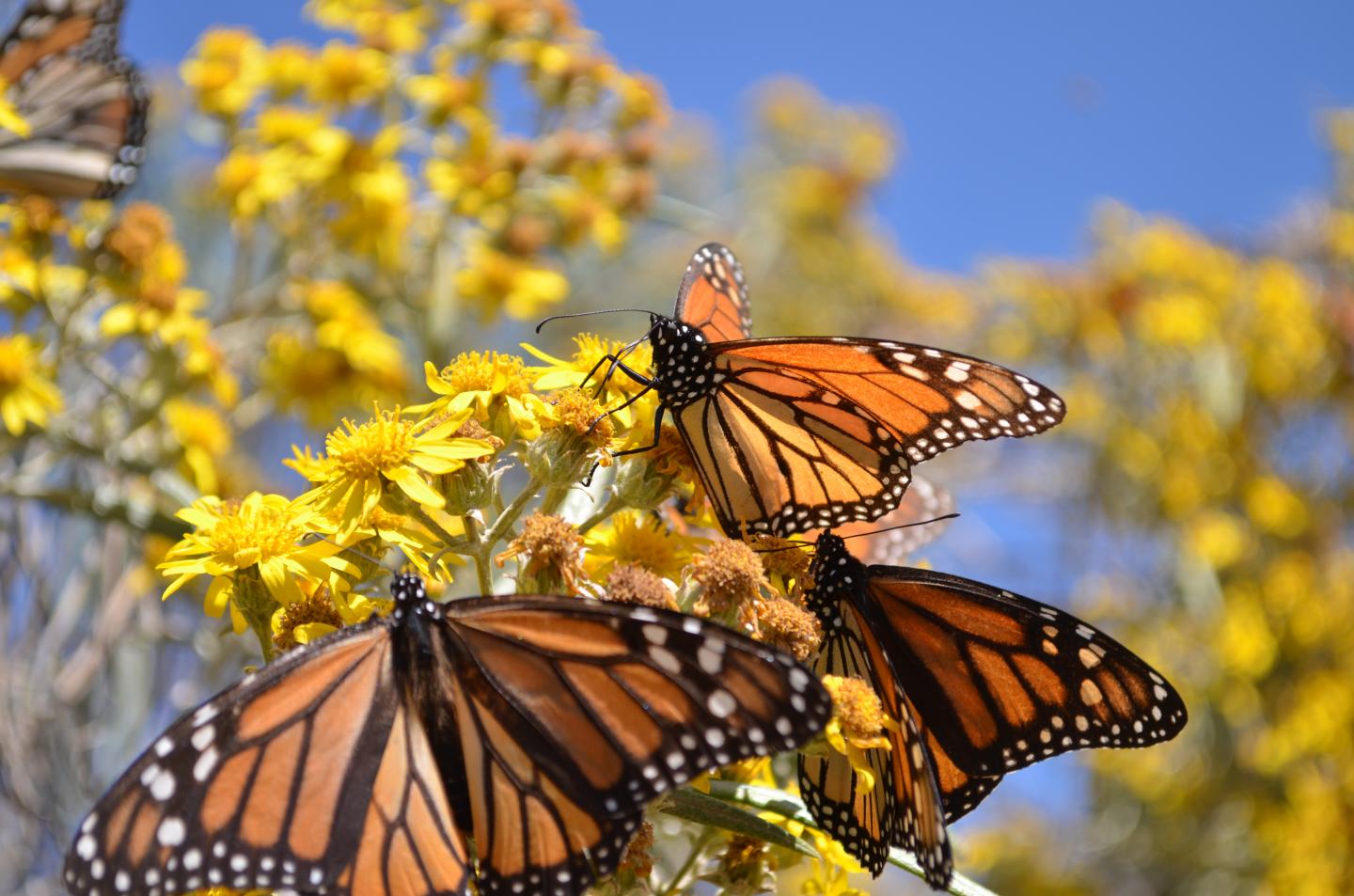 The results are published in the current issue of Biological Conservation, and they show that strategic grassland management benefits monarchs in two ways. First, monarchs lay more eggs on young milkweed – new growth after mowing – the sole food source for the butterflies in their larval stage. Second, fewer predators visit immature milkweed; more come during its mature stages, such as when it flowers.

“Monarch butterflies scout young milkweed to lay their eggs,” said Nate Haan, MSU postdoctoral research associate in entomology and the study’s lead author. “And in terms of a food source, milkweed is more like spinach when it’s young and comparable to cardboard as it ages.”

Monarchs have declined for decades and are close to being named as a threatened species. There are many reasons for their steep population decline. They face deforestation in and around their Mexican wintering grounds, increased exposure to pesticides and lost nectar resources along their migratory routes.

Back in the Midwest, monarchs, in their egg and caterpillar phases, face equal challenges. In fact, many challenges have probably increased since they’ve been forced out of crop fields and into grasslands where predators are more common. Most eggs are eaten within the first 24 hours by katydids, ants, stink bugs, spiders and many other predatory insects.

To help monarchs survive this critical window, Haan and a team of scientists teamed with the Michigan Department of Transportation, a handful of public land managers and some private landowners to explore potential solutions.

“The habitat for monarchs is shrinking; it used to include corn and soybean fields but now it’s restricted in many places to pastures, parks and right of ways along highways and interstates,” said Haan, who published the paper with Doug Landis, University Distinguished Professor of entomology. “We found that if we mow small amounts of these areas in June or July, we see increases of anywhere from 3 to 10 times more eggs per stem on the regrowth, with fewer predators around to eat them.”

The next steps for this research will be to scale up the application of strategic mowing.

“We need to see how this approach affects other wildlife, such as pollinators and birds, in larger settings around the state,” Haan said. “This could eventually lead to management recommendations to transportation departments in Michigan, and other midwestern states, as well as landowners hoping to attract more monarch butterflies to their property.”

Anyone with milkweed in their backyard can experiment with mowing for monarchs to enhance egg laying success. Try mowing or trimming about a third of a milkweed patch in mid-June, when stems are starting to flower, and cut another third in mid-July when the mowed stems have regrown and are beginning to flower. Always leave the rest of the patch undisturbed.

Here are some additional tips for anyone looking to support monarch populations.

This research was funded in part by the U.S. Department of Agriculture, the Great Lake

(Note for media: Please include a link to the original paper in online coverage: https://www.sciencedirect.com/science/article/pii/S0006320718318184)

Scienmag Jun 26, 2019
Credit: J-PARC(KEK/JAEA) A team of researchers from Tohoku University, J-PARC, and Tokyo Institute of…