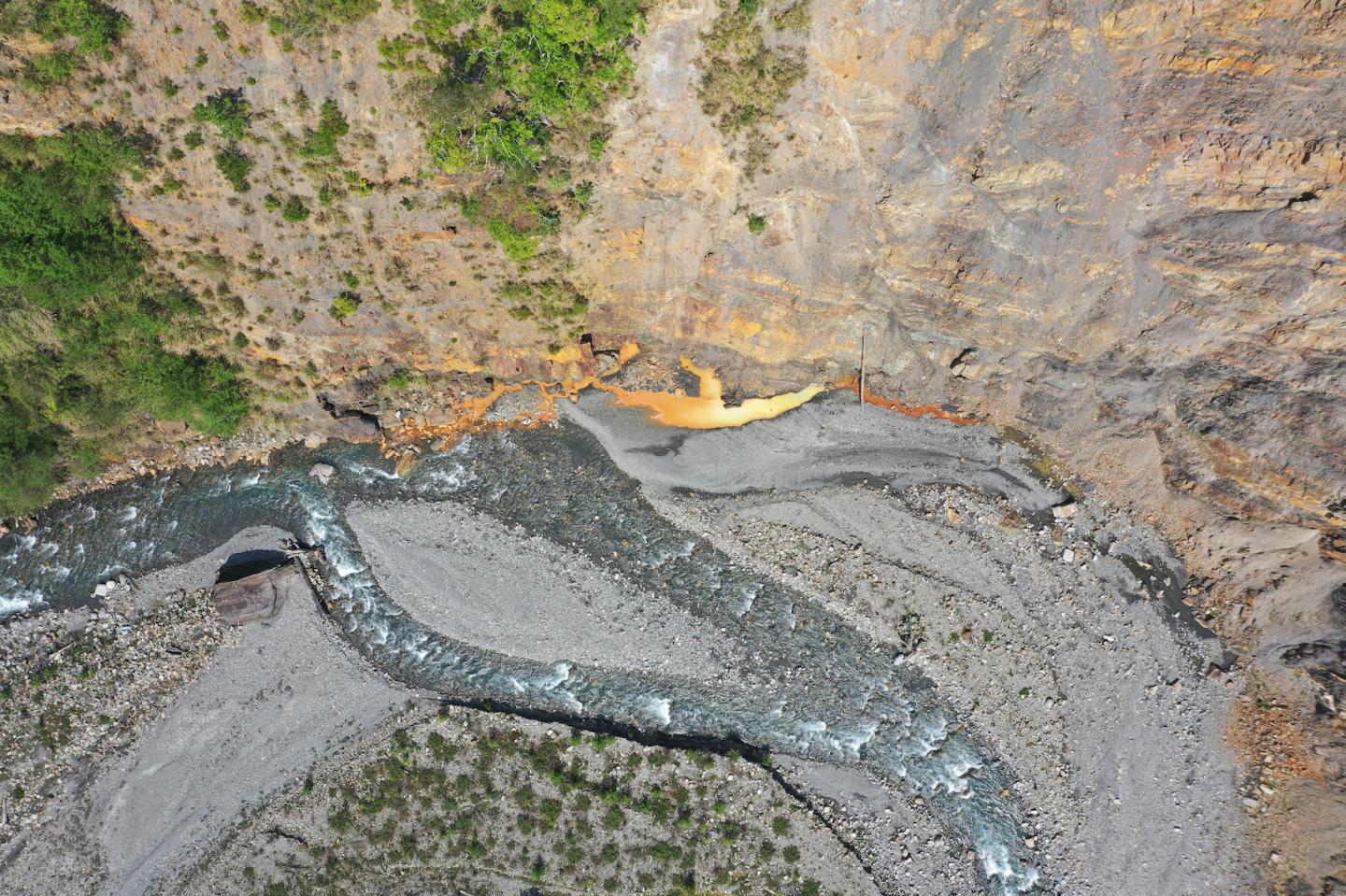 Taiwan is an island of extremes: severe earthquakes and typhoons repeatedly strike the region and change the landscape, sometimes catastrophically. This makes Taiwan a fantastic laboratory for geosciences. Erosion processes, for example, occur up to a thousand times faster in the center of the island than in its far south. This difference in erosion rates influences the chemical weathering of rocks and yields insights into the carbon cycle of our planet on a scale of millions of years. A group of researchers led by Aaron Bufe and Niels Hovius of the German Research Center for Geosciences (GFZ) has now taken advantage of the different erosion rates and investigated how uplift and erosion of rocks determine the balance of carbon emissions and uptake. The surprising result: at high erosion rates, weathering processes release carbon dioxide; at low erosion rates, they sequester carbon from the atmosphere. The study will be published in Nature Geoscience.

Behind all this are tectonic and chemical processes. In rapidly growing mountains in particular, tectonic uplift and erosion constantly bring fresh rock material up from underground. There it is exposed to circulating acidic water which dissolves or alters the rock. Depending on the type of rock, this weathering has very different effects on Earth’s climate. For example, if carbonic acid from the soil comes into contact with silicate minerals, limestone (calcium-carbonate or CaCO3) precipitates, in which the carbon is then bound for a very long time. In the case of a combination of sulfurous mineral, such as pyrite, and limestone, the opposite happens. The sulfuric acid that forms when pyrite comes into contact with water and oxygen dissolves carbonate minerals, thus producing CO2. This relationship between mountain building and chemical weathering is thought to affect our planet’s climate on a scale of millions of years. But how exactly does the growth of the Alps or the Himalayas affect climate? Does silicate weathering accelerate, causing the climate to cool? Or does the dissolution of limestone by sulfuric acid dominate, driving the concentration of atmospheric CO2 up, with attendant global warming?

This question can be answered in southern Taiwan. Taiwan is located at a subduction zone, where an ocean plate slides under the Asian continent. This subduction causes rapid mountain growth. While the center of the island has been standing tall for several million years, the southern tip has just emerged from the sea. There, the mountains have low relief and they erode relatively slowly. Farther north, where the mountains are steep and tall, fresh rock is quickly brought to the Earth’s surface to weather. Usefully, the rocks of southern Taiwan are typical of many young mountain ranges around the world, containing mostly silicate minerals with some carbonate and pyrite.

In their study, the researchers sampled rivers that collect water from these mountains at different erosion rates. From the material dissolved in the rivers, the researchers estimated the proportion of sulfide, carbonate, and silicate minerals in the weathering. These results allowed them to estimate the both the amount of CO2 that is sequestered and the amount of CO2 released by the weathering reactions. First author Aaron Bufe reports, “We found that in the southernmost part of Taiwan, atmospheric CO2 sequestration dominates. However, farther north, where mountains are eroding faster, carbonate and sulfide weathering rates dominate and CO2 is released.”

So, does weathering of mountain ranges increase CO2 in the atmosphere? Aaron Bufe says, “we can make relatively good statements about Taiwan. It appears that chemical weathering in this most active of mountain belts is a net emitter of CO2 to the atmosphere due to chemical weathering. But, perhaps the story changes when sediments washed down from the mountains are trapped in vast alluvial plains; like at the foot of the Himalayas or the Alps. Those sediments are often rich in silicates, the weathering of which will sequester CO2. In addition, mountain building brings not only sedimentary rocks with pyrite and carbonate to the Earth’s surface, but also rock types that have formed from solidified magma and contain many fresh silicates that weather quickly. Researchers have some mountains to climb before we fully know the net effect of weathering on the Earth’s climate.”

Scientist in the Section Geomorphology