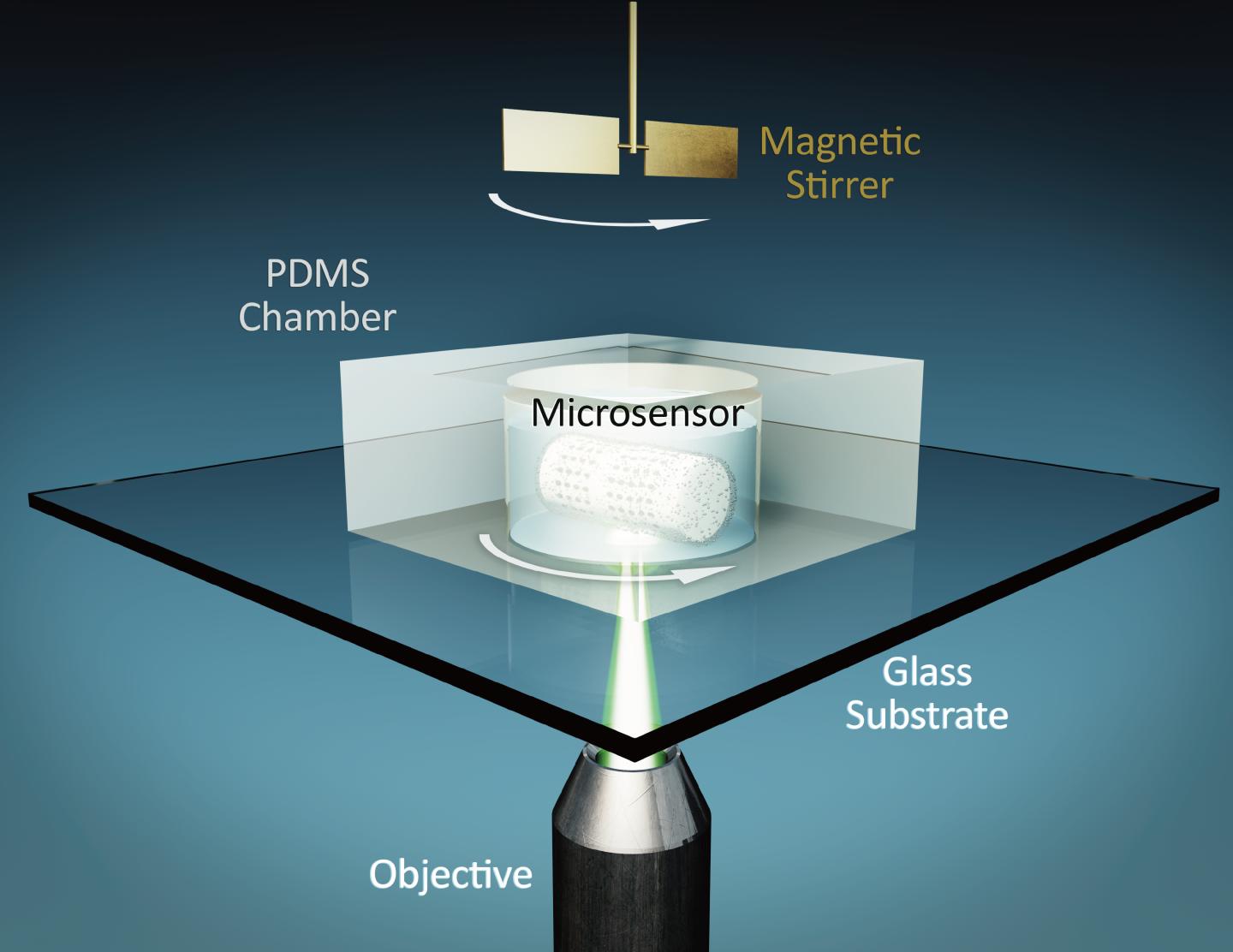 Credit: Cockrell School of Engineering, The University of Texas at Austin.

Catching deadly diseases like cancer early on is key to improving patient survival odds. However, diseases are much harder to diagnose in their preliminary stages because people often haven’t developed symptoms yet and only trace amounts can be found in their bodies.

Researchers in the Cockrell School of Engineering want to make it easier to catch diseases earlier in the process, improving patient outlooks and taking some of the load off the medical system. The researchers have created an approach using a nanosensor to speed up detection of trace amounts of biomarkers for early-disease diagnosis, while retaining high levels of sensitivity..

“It’s highly important to detect diseases early and accurately, and to do that you need to be able to find very low concentrations of biomarkers,” said Donglei (Emma) Fan, associate professor in the Walker Department of Mechanical Engineering, who led the research published recently in the journal ACS Nano. “And people want to know their results quickly and not have to wait around for hours or days.”

Fan envisions her approach could help rapid disease tests that people can do at home or work, keeping them out of doctor’s offices and hospitals unnecessarily. In a hospital setting, speeding up tests enables medical personnel to turn around large batches of diagnostics in hours rather than days.

“Everyone can be their own nurse to some degree, and then if there are any problems they can talk to a doctor,” Fan said.

Super small sensors are important for disease diagnostics, but they face problems. The smaller the sensor, the more responsive it is to the tiny molecules. But the tradeoff for sensitivity is a slower turnaround time. The longer it takes for the sensor to connect with and identify molecules, the higher the risk of contamination, potentially decreasing the accuracy of the test.

Fan’s sensing approach aims to solve the challenging problem of slow detection with ultra-small, highly sensitive. The approach increases the speed of a test by four times compared to with common sensing techniques. Fan’s technique could reduce a detection from an hour or a couple hours to a matter of minutes.

And the key to that innovation comes through motorizing the sensor. Adding motion by spinning the device moves the liquid sample around, making it much more rapid for molecules and sensors to come into contact with each other.

The team is publishing its methodologies with the hope that other researchers and manufacturers will use the information to improve their sensors. Fan said the technology could be applicable to any type of sensors and any instance of sensing molecules in a liquid solution, including things like crime scene forensics to find DNA.

This project is in line with Fan’s research, discovery, and development of micro/nanomotors and machines. Two years ago, her team developed a first-ever method for light-controlled electric nanomotors.

Fan notes that the team has more work to do, and its next step comes in speeding up the motor while retaining control, which should reduce test turnaround time even more.

“What we have demonstrated is not the limit,” Fan said. “If we spin the sensor faster we can get even quicker detection.”