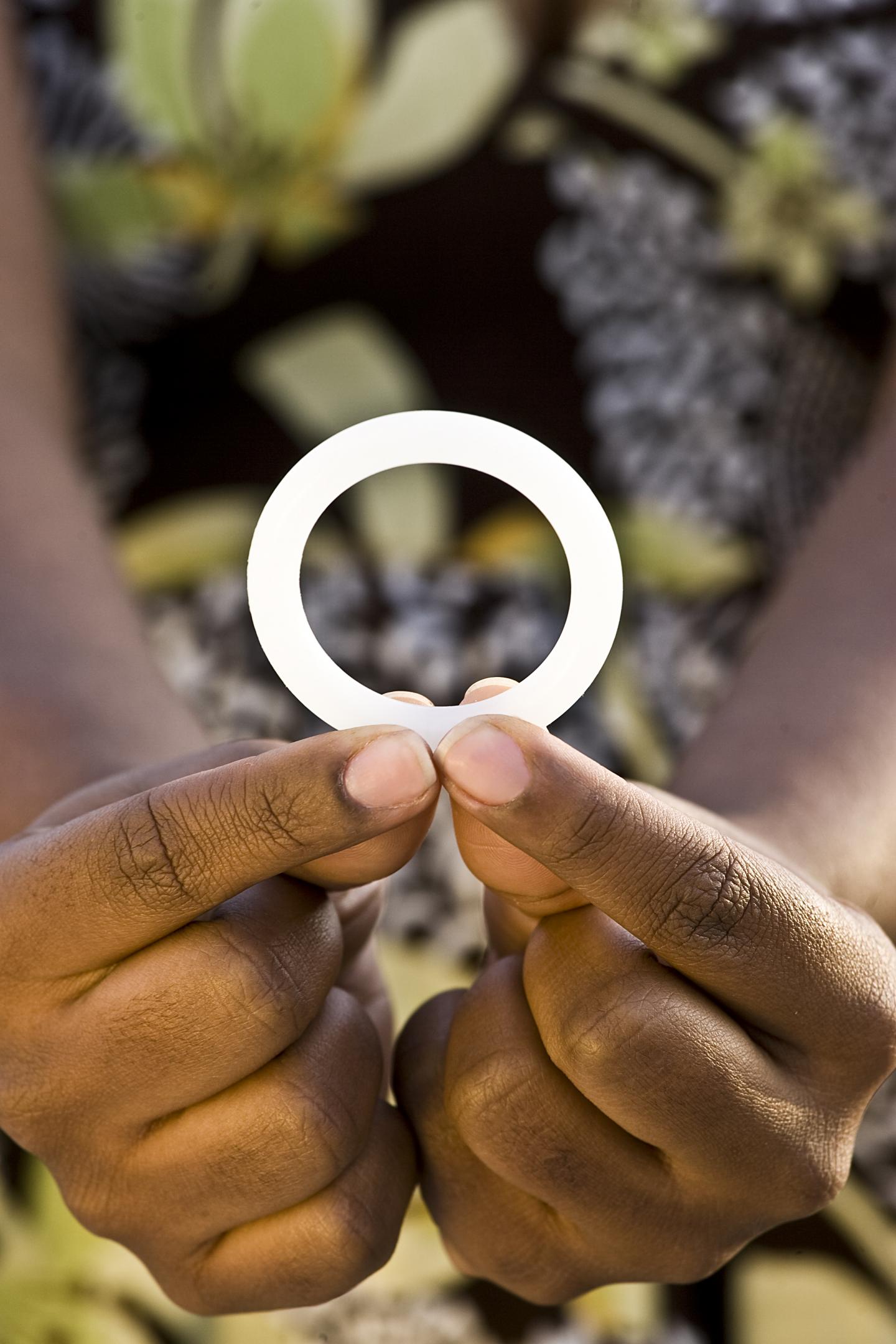 Credit: Andrew Loxley, courtesy of the International Partnership for Microbicides

In an open-label study of women in southern and eastern Africa, a vaginal ring that is inserted once a month and slowly releases an antiviral drug was estimated to reduce the risk of HIV by 39%, according to statistical modeling. In addition, the study found that participants appeared to use the ring more in the open-label study than in a previous clinical trial. These and other results of the HIV Open Label Extension (HOPE) study were presented today at the 10th IAS Conference on HIV Science (IAS 2019) in Mexico City.

In 2017 alone, nearly 870,000 women and girls acquired HIV, according to UNAIDS. Currently available forms of HIV prevention for women are limited, and many women are unable to negotiate condom use with male sexual partners. The vaginal ring tested in the HOPE study, which continuously releases the anti-HIV drug dapivirine, was designed to be a discreet, long-acting HIV prevention option for women. The wearer replaces the product herself once every four weeks. The dapivirine vaginal ring is currently under regulatory review with the European Medicines Agency.

“Women need choices of HIV prevention tools that fit their needs and that they can initiate,” said Anthony S. Fauci, M.D., director of the National Institute of Allergy and Infectious Diseases, part of the National Institutes of Health and the primary funder of the HOPE study. “With the invaluable contributions of thousands of study participants, the HOPE study has estimated the effectiveness of the dapivirine ring and examined its appeal to users. Additional efforts to develop HIV prevention options continue in the hope that one day, women will have a range of HIV prevention products from which to make an informed choice.”

The Phase 3b HOPE study was a follow-on to the NIH-funded ASPIRE clinical trial. ASPIRE and a sister trial called The Ring Study demonstrated in 2016 that the dapivirine ring reduced the risk of HIV infection by roughly 30% in women ages 18 to 45 years and was well-tolerated. The goals of the HOPE study were to gather additional data on the safety of the dapivirine ring and new data on whether and how women used it knowing that the earlier trials had shown it was modestly effective.

The HOPE study began in 2016 and enrolled 1,456 former ASPIRE study participants at 14 sites in Malawi, South Africa, Uganda and Zimbabwe. The women were sexually active, HIV-negative and aged 20 to 49 years.

While the ASPIRE study participants did not know until the end of the trial whether they had received the dapivirine ring or a placebo ring, all women who enrolled in the HOPE study were offered the dapivirine ring. During their first three months in the HOPE study, participants attended monthly study visits where they could receive one new ring. Thereafter, they attended quarterly visits where they could receive three new rings, a schedule that more closely resembled how the ring might be distributed in a real-world setting.

The HOPE study participants became infected with HIV at a rate of 2.7% over the year of follow-up. Because the study lacked a concurrent control group receiving a placebo ring, investigators used a mathematical approach based on the ASPIRE placebo group to estimate what the HIV incidence in HOPE would have been had the women lacked access to the dapivirine ring. In this modeling exercise, the average HIV incidence was 4.4% over the year of follow-up. Based on these incidence rates, investigators estimate that the ring reduced the risk of acquiring HIV by 39% in the HOPE study. The study was not designed to determine the effectiveness of the ring.

Comparing the HOPE study population to the ASPIRE placebo group has important limitations. These include the fact that all participants in the HOPE study had previously completed the ASPIRE trial without acquiring HIV. This suggests that an aspect of their behavior other than use of the dapivirine ring, or characteristics of their sexual networks, may have contributed to protection from the virus.

The HOPE study was sponsored by the nonprofit International Partnership for Microbicides (IPM), which developed the dapivirine ring and provided it for the study. IPM conducted its own open-label study of the dapivirine ring called DREAM, which reported final results on June 13 at the South African AIDS Conference in Durban.

The HOPE study was led by Jared Baeten, M.D., Ph.D., a professor of global health, medicine and epidemiology at the University of Washington in Seattle; Thesla Palanee-Phillips, Ph.D., M.Sc., director of network trials and research center programs at the Wits Reproductive Health and HIV Institute in Johannesburg, South Africa; and Nyaradzo M. Mgodi, M.B.Ch.B., M.Med., a clinical pathologist and clinical research site leader at the University of Zimbabwe College of Health Sciences Clinical Trials Research Program in Harare.

“Women urgently need more options for HIV prevention that fit into their lives,” said Dr. Baeten. “The results reported today show that some women may desire to use the monthly dapivirine vaginal ring, if available, to help protect themselves from HIV.”

Pre-exposure prophylaxis, or PrEP, provides high levels of protection from HIV in women and men. PrEP involves taking daily oral tablets of the medication Truvada, which reduces the risk of HIV by more than 95 percent in people at high risk when taken as prescribed. However, taking a daily pill can present challenges for some populations.

In addition to the vaginal ring, NIH is investigating several other long-acting forms of HIV prevention that may prove to be safe and effective options for both women and men.

Water solutions without a grain of salt

How to purify water with graphene