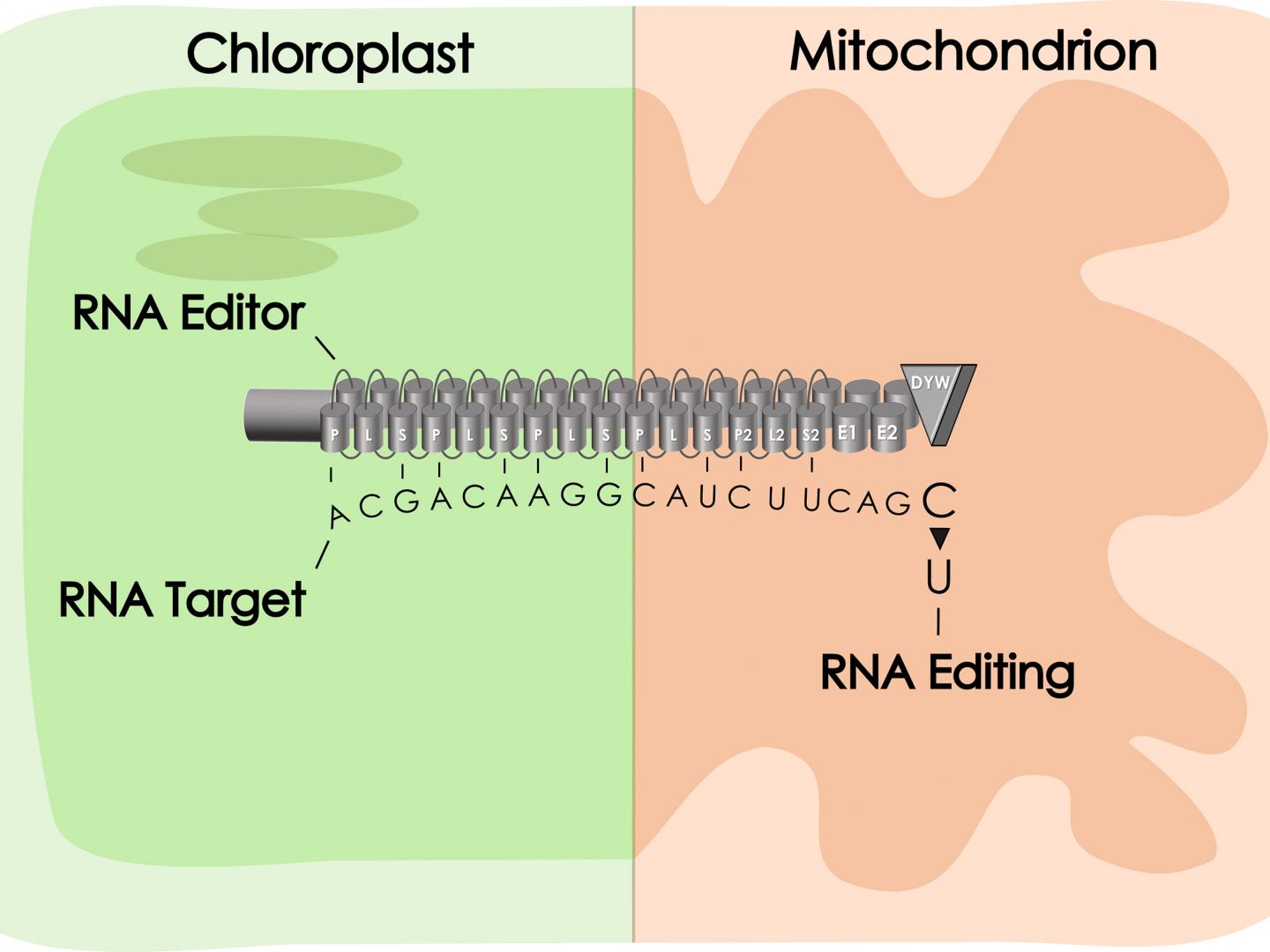 Almost all land plants employ an army of molecular editors who correct errors in their genetic information. Together with colleagues from Hanover, Ulm and Kyoto (Japan), researchers from the University of Bonn have now transferred one of these proofreaders from the moss Physcomitrium patens (previously known as Physcomitrella patens) into a flowering plant. Surprisingly, it performs its work there as reliably as in the moss itself. The strategy could be suitable for investigating certain functions of the plant energy metabolism in more detail. It may also be valuable for developing more efficient crops. The study will be published in the journal The Plant Cell.

Plants differ from animals in that they are capable of photosynthesis. They do this in specialized “mini-organs” (biologists speak of organelles), the chloroplasts. Chloroplasts produce sugar with the help of sunlight, which in turn is used in other organelles, the mitochondria, to produce energy.

Both chloroplasts and mitochondria have their own genetic material. And in both of them this genome contains a lot of errors. “At least that is the case with almost all land plants,” explains Dr. Mareike Schallenberg-Rüdinger. The researcher heads a junior research group at the University of Bonn in the Department of Molecular Evolution under Prof. Volker Knoop. “They have to correct these errors so their power supply does not collapse.”

In fact, land plants do the same, and in a very complicated way: They do not correct the errors in the genome itself. Instead, they correct the RNA copies that the cell makes of these DNA blueprints, which it then uses to produce certain enzymes, for example. So instead of correcting the original, it only irons out the inaccuracies afterwards in the copies.

Molecular proofreaders, the so-called PPR proteins, are responsible for this. Most of them are specialists for only one particular error in the many gene copies that the cell produces around the clock. These errors occur when, in the course of evolution, a certain chemical building block of DNA (a letter, if you like, in the genetic blueprint) is swapped for another. When the PPR proteins find such a swap, they convert the wrong letter in the RNA copy (the building block cytidine, abbreviated C) into the correct version (uridine, abbreviated U).

“We have now taken a gene for a PPR protein from the moss Physcomitrium patens and transferred it into a flowering plant, the thale cress Arabidopsis thaliana,” explains Schallenberg-Rüdinger. “The protein then recognized and corrected the same error there for which it was also responsible in the moss.” This is astonishing, since there are more than 400 million years of evolutionary history between Physcomitrium and Arabidopsis. The PPR proteins can therefore also differ significantly in their structure.

For instance, the thale cress contains PPR proteins that can identify errors but still require a separate “white-out” enzyme to correct them. In contrast, the PPR proteins of the moss Physcomitrium perform both tasks simultaneously. “In these cases, the transfer from moss to thale cress works, but the thale cress gene remains inactive in the moss,” explains Bastian Oldenkott, doctoral student and lead author of the study. The macadamia nut appeared in evolution a little earlier than Arabidopsis. Its PPR protein being investigated is more similar to that of Physcomitrium. Once introduced into the moss, it therefore performs its service there without any problems.

The study may open up a new way to modify the genetic material of chloroplasts and mitochondria. “Especially for plant mitochondria, this is not yet possible at all,” emphasizes Schallenberg-Rüdinger. Using special “designer” PPR genes, for example, one might specifically render certain genome transcripts unusable and test how this affects the plant. In the medium term, this may also result in new findings for breeding particularly high-yielding, high-performance varieties. First, however, the researchers hope to gain insights into the complex interaction of genes in the functioning of chloroplasts and mitochondria.

The research carried out by co-authors Prof. Hans-Peter Braun and Dr. Jennifer Senkler from the University of Hanover proves that this approach can actually work. They were able to clarify what the PPR protein from the moss is needed for: If it is missing, the plant is no longer able to correctly assemble the machinery for the so-called respiratory chain in the mitochondria, which is used to generate energy. The work in the thale cress was carried out in cooperation with Matthias Burger (University of Ulm) and Prof. Mizuki Takenaka (University of Kyoto), a fine example of successful international cooperation.