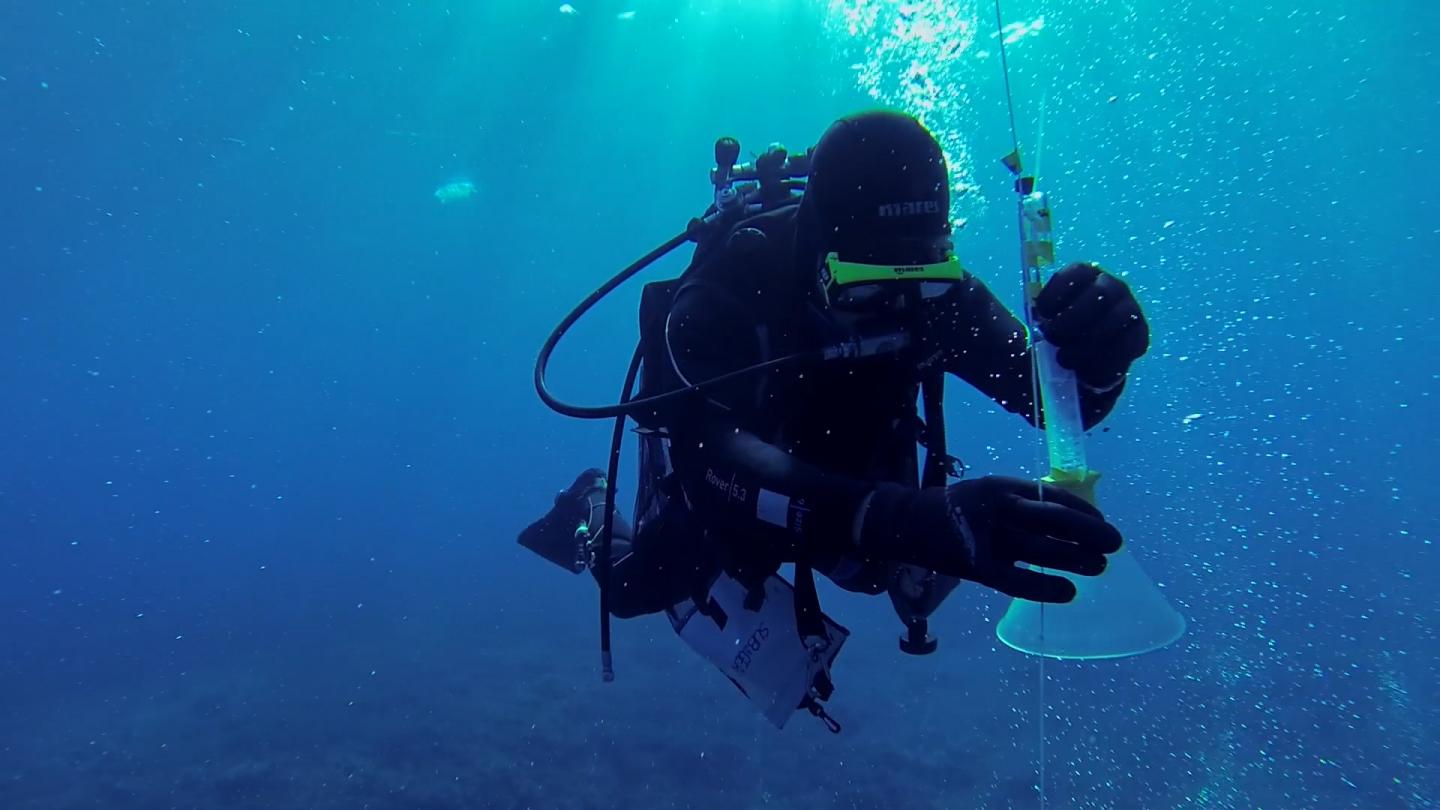 Injecting carbon dioxide (CO2) deep below the seabed could be an important strategy for mitigating climate change, according to some experts. However, scientists need a reliable way to monitor such sites for leakage of the greenhouse gas. Now, researchers reporting in ACS’ journal Environmental Science & Technology have studied natural sources of CO2 release off the coast of Italy, using what they learned to develop models that could be applied to future storage sites.

The multinational energy company Equinor operates a CO2 capture and storage facility that injects about 1 megaton per year of the greenhouse gas into an offshore sandstone aquifer deep below Norwegian waters. Undersea storage of the gas presents less risk for humans in case of accidental leakage compared with storage on land because the vast ocean acts as a buffer for the released CO2. However, the leaked gas can dissolve in ocean water, decreasing the pH and potentially harming the local marine ecosystem. Currently, scientists lack an established method to identify and quantify multiple CO2 leaks spread across a region of the ocean floor. Therefore, Jonas Gros and colleagues investigated pH changes near natural CO2 seeps in the vicinity of Panarea, a small island off the coast of northern Sicily.

The researchers used scuba divers and ship-based instrument deployments to collect gas and water samples from undersea CO2 plumes. The team used these data to validate a computer model that they developed to predict pH changes to water resulting from leakage of the gas. This simulation indicated that over 79% of the CO2 dissolved within 4 meters of the seafloor. The team found that the model could predict a pattern of pH variation in waters surrounding the leakage site that was similar to actual data collected by sensors towed underwater. The new model could be used to guide sampling strategies during routine monitoring of storage sites and to estimate impacts of CO2 releases to the local marine environment.

The authors acknowledge funding from the ROBEX – Robotic Exploration of Extreme Environments Alliance, the ECO2 Project, “The Future Ocean” cluster of excellence and the STEMM-CCS project funded by the European Union’s Horizon 2020 program.

The paper’s abstract will be available on August 21 at 8 a.m. Eastern time here.

For more research news, journalists and public information officers are encouraged to apply for complimentary press registration for the ACS fall 2019 national meeting in San Diego.

Climate goals of the Paris Agreement: Impact of land use

Scienmag Feb 19, 2019
Researchers at KIT and the University of Edinburgh show that previous measures to reduce global warming through…

Intelligence can link to health and aging