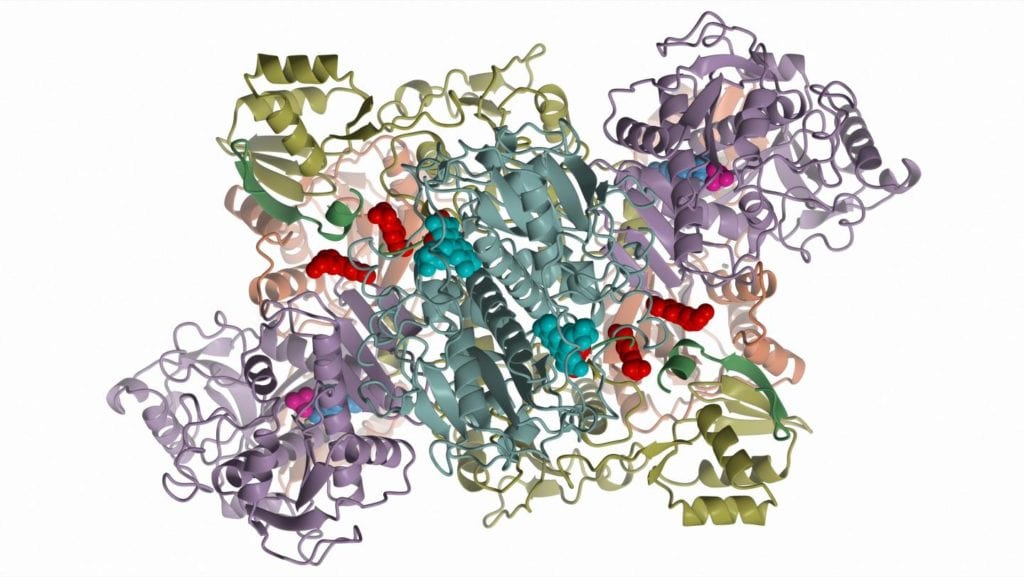 Scientists at Rutgers and universities in Russia, Poland and England have solved a nearly 30-year mystery – how the molecular machinery works in an enzyme that makes a potent antibiotic.

The findings, which appear in the journal Molecular Cell, provide the tools to design new antibiotics, anticancer drugs and other therapeutics.

The potent natural antibiotic, microcin B17, kills harmful E. coli bacteria. Microbial resistance to antibiotics- due to their overuse and misuse – is one of the biggest threats facing humanity, and there’s an urgent need to find new drugs. Natural antibiotics that evolved over eons represent an attractive option to overcome resistance.

The scientists studied a molecular machine: an enzyme (protein) called McbBCD. The enzyme makes microcin B17 from a smaller protein known as a peptide. Scientists have known about microcin B17 and its unusual chemical structure for decades, but they did not understand the molecular machinery that makes it until now.

The scientists found that the enzyme triggers two chemical reactions that produce several chemical “cycles” required for antibacterial activity, according to senior author Konstantin Severinov, a principal investigator at the Waksman Institute of Microbiology and professor of molecular biology and biochemistry at Rutgers University-New Brunswick.

“Our research allows rational design of new peptide compounds that could become treatments ranging from antimicrobials to anticancer drugs,” Severinov said. “There may be a trove of new antibiotics that could be made from peptides, using enzyme machines like McbBCD as a production tool.”

Searching for disappeared anti-matter: A successful start to measurements with…

Scienmag Mar 25, 2019
Credit: KEK/Belle II The Belle II detector got off to a successful start in Japan. Since March 25,…