Scientists have identified the biochemical signals that control the emergence of the body pattern in the primate embryo. This will guide work to understand birth defects and pregnancy loss in humans. 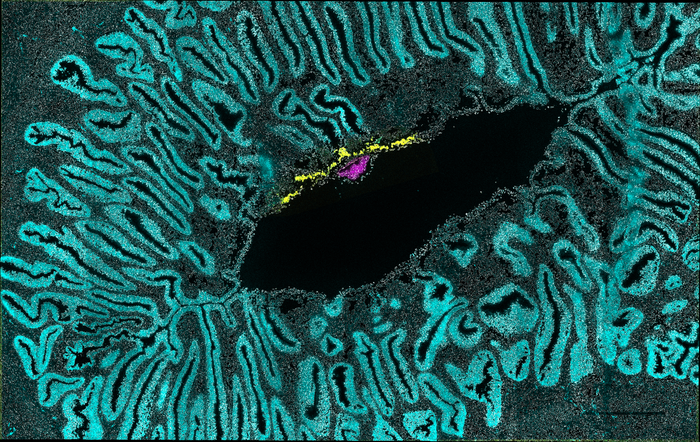 Scientists have identified the biochemical signals that control the emergence of the body pattern in the primate embryo. This will guide work to understand birth defects and pregnancy loss in humans.

The study also provides a crucial reference for foetal tissue generation in the lab – such tissue is in short supply but is needed for drug screening and studies into stem cell-based treatments to regenerate body tissues in diseases like Parkinson’s, for example.

Embryos develop from a clump of cells into highly organised structures. However, until now the signals orchestrating this transformation have remained hidden from observation inside the womb.

Measuring gene activity in three dimensions, researchers have generated molecular maps of the second week of gestation as it has never been seen before. Their work is published today in the journal Nature.

“This work will provide a definitive laboratory reference for future studies of early embryo development, and the embryonic origins of disease,” said Dr Thorsten Boroviak in the University of Cambridge’s Department of Physiology, Development and Neuroscience and senior author of the study.

The second week of gestation is one of the most mysterious, yet critical, stages of embryo development. Failure of development during this time is one of the major causes of early pregnancy loss and birth defects.

In previous work, Boroviak showed that the first week of development in marmoset monkeys is remarkably similar to that in humans. But with existing methods he could not explore week two of development, after the embryo implants into the womb.

A new laser-assisted technique enabled the team to track down the earliest signals driving the establishment of the body axis – when the symmetrical structure of the embryo starts to change. One end becomes committed to developing into the head, and the other end becomes the ‘tail’.

The team discovered that asymmetric signals come from the embryo itself and from transient structures that support the embryo during its development – the amnion, yolk sac, and precursors of the placenta.

“Our virtual reconstructions show the developing embryo and its’ supporting tissues in the days after implantation in incredible detail,” said Boroviak.

The blueprint unlocks new ways of studying human reproduction and development. In the future, the team plans to use their new technique to investigate origins of pregnancy complications and birth defects using engineered embryo models. Understanding more about human development will help scientists to understand how it can go wrong and take steps towards being able to fix problems.

Boroviak’s team used implanted embryos of the marmoset, a small New World monkey, in their study because they are very similar to human embryos at this early stage of development.