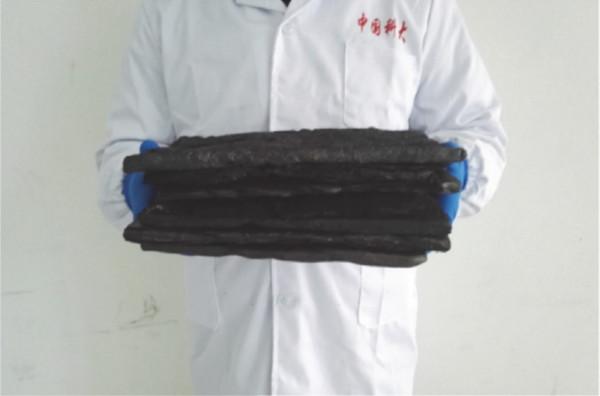 Solid acid catalysts (SACs) have attracted continuous research interests in past years, as they play a pivotal role in establishing environmentally friendly catalytic processes for various chemical industries. Developing carbon-based SACs with high -SO3H density, porous nanostructure and large specific surface area is highly desirable but challenging to promise these catalysts applicable to both hydrophilic and hydrophobic reactions as well as other important reactions. Yet development of versatile SACs with low cost and high efficiency remains open so far.

Published on Research, a team led by Prof. YU Shuhong and LIANG Haiwei from the University of Science and Technology of China (USTC) reported a new type of carbon-based SACs, which is highly porous and made from natural bacterial cellulose (BC), as if they had the power of Midas to turn a stone into gold. They further exterminated the surface chemistry of this catalyst and discussed potential applications in industry.

To transform BC into such carbon-based catalyst, researchers developed a method with two phases: incomplete carbonization and then sulfonation. BC aerogels were first carbonized at 400-800°C under a N2 atmosphere, and sulfonated with concentrated or fuming H2SO4 subsequently.

In addition, researchers revealed the detailed surface chemistry of the nanofibrous SACs. The prepared SACs well inherited the three-dimensional nanofiber network structure of natural cellulose, and thus exhibited high specific surface areas (up to 837 m2 g-1) and large pore volumes (up to 0.92 cm3 g-1); the efficient sulfonation process endowed the nanofibrous SACs with abundant Brönsted acid sites including -SO3H groups (up to 2.42 mmol g-1) as well as hydroxyl (-OH) and carboxyl (-COOH) groups (total acid density of up to 3.88 mmol g-1).

These characters result in the versatility of BC-based SACs. A wide range of important reactions can be accelerated, including dimerization of α-methylstyrene (AMS, a hydrophobic acid-catalyzed reaction), esterification of oleic acid (a hydrophilic acid-catalyzed reaction) and pinacol rearrangement (an acid strength-dependent reaction). The nanofibrous SACs exhibited much better performance than the state-of-the-art SACs, e.g. Amberlyst-15, H-Mordenite and niobic acid, and in some cases even better than H2SO4 under similar reaction conditions.

The concept of converting nanofibrous cellulose to SACs demonstrated in this work will shed new light on the further development of highly efficient catalysts based on nanostructured biomass for green and sustainable chemistry.

Of ants and men: Ant behavior might mirror political polarization