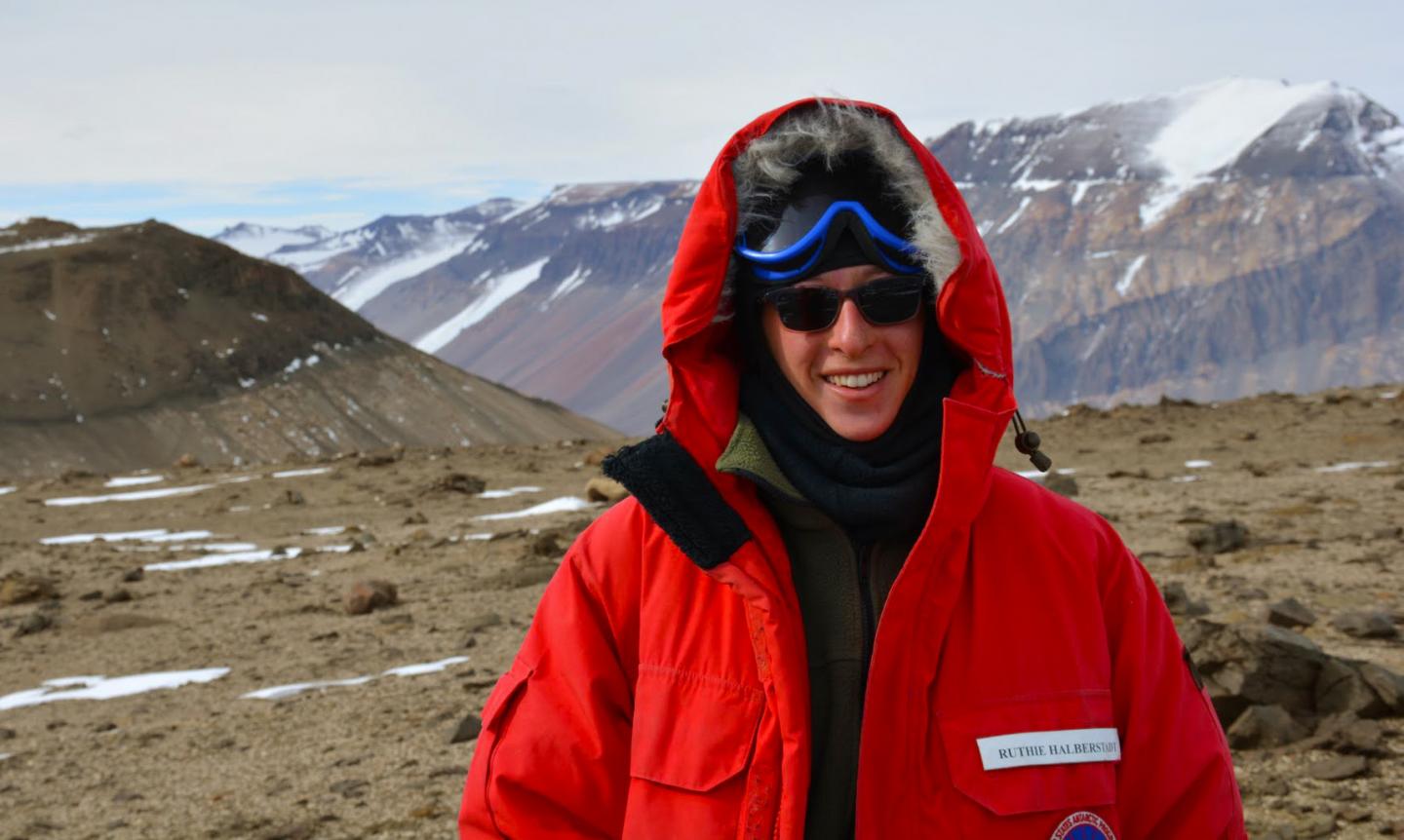 AMHERST, Mass. – Last month saw the average concentration of atmospheric carbon dioxide (CO2) climb to almost 418 parts-per-million, a level not seen on Earth for millions of years. In order to get a sense of what our future may hold, scientists have been looking to the deep past. Now, new research from the University of Massachusetts Amherst, which combines climate, ice sheet and vegetation model simulations with a suite of different climatic and geologic scenarios, opens the clearest window yet into the deep history of the Antarctic ice sheet and what our planetary future might hold.

The Antarctic ice sheet has attracted the particular interest of the scientific community because it is “a lynchpin in the earth’s climate system, affecting everything from oceanic circulation to climate,” says Anna Ruth Halberstadt, a Ph.D candidate in geosciences and the paper’s lead author, which appeared recently in the journal Earth and Planetary Science Letters. Additionally, the ice sheet contains enough frozen water to raise current sea levels by 57 meters.

Yet, it has been difficult to accurately reconstruct the mid-Miocene Antarctic climate. Researchers can run models, but without geologic data to check the models against, it’s difficult to choose which simulation is correct. Conversely, researchers can extrapolate from geologic data, but such data points offer only local snapshots, not a wider climatic context. “We need both models and geologic data to know anything at all,” says Halberstadt. There’s one final complicating factor: geology. Antarctica is bisected by the Transantarctic Mountains, and any clear picture of Antarctica’s deep history must be able to account for the slow uplift of the continent’s mountain range. “Without knowing the elevation,” says Halberstadt, “it’s difficult to interpret the geologic record.”

Halberstadt and her colleagues, including researchers in both New Zealand and the UK, devised a unique approach in which they coupled an ice sheet model with a climate model, while also simulating the types of vegetation that would grow under each climatic model scenario. The team used historical geologic datasets that included such known paleoclimatic data points as past temperature, vegetation, and glacial proximity, to benchmark their modeled climates. Next, the team used their benchmarked model runs to make inferences about which CO2 and tectonic model scenarios satisfied the known geologic constraints. Finally, Halberstadt and her colleagues extrapolated continent-wide glacial conditions.

The research, which was supported by the NSF, reconstructed a thick but diminished ice sheet under the warmest mid-Miocene environmental conditions. In this model, although the margins of Antarctica’s ice sheet had retreated significantly, greater precipitation led to a thickening of the ice sheet’s interior regions. The team’s modelling further suggests ice over the Wilkes Basin region of Antarctica advanced during glacial periods and retreated during interglacials. The Wilkes Basin is the region thought to be particularly sensitive to future warming and may contribute to future sea level rise.

“Antarctica’s paleoclimate,” says Halberstadt, “is fundamental to understanding the future.”