CLEVELAND–A team of Case Western Reserve University scientists has received a four-year, $3.7 million National Institutes of Health grant to attempt what they say would be a medical first: performing robotic heart catheterization while the patient is inside a magnetic resonance imaging (MRI) machine. 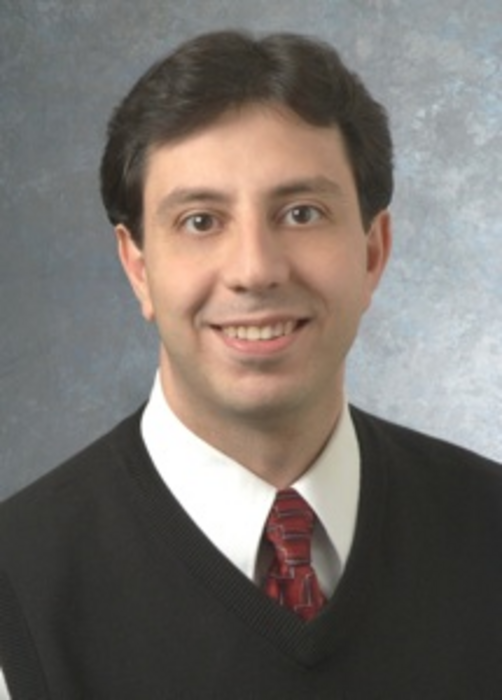 CLEVELAND–A team of Case Western Reserve University scientists has received a four-year, $3.7 million National Institutes of Health grant to attempt what they say would be a medical first: performing robotic heart catheterization while the patient is inside a magnetic resonance imaging (MRI) machine.

A physician controlling a micro-robotic device would perform the procedure wearing a mixed-reality headset and the goal would be to achieve unparalleled surgical precision.

In this case, that would mean for a procedure known as a Left Atrial Appendage Occlusion (LAAO), which is used for managing stroke risk in atrial fibrillation (AFib) patients.

In this LAAO procedure, doctors insert a catheter, or flexible tube, through a vein or artery in the groin and thread it up to the heart to deliver an implant that reduces blood clots in the heart that leads to strokes in Afib patients.

However, using current technology, the doctor views the heart tissue and manually positions the implant with the help of an X-Ray of the heart, which provides only a very hazy picture of the organ.

“Using our technology, the physician would see clinical-quality, soft-tissue images in real time,” said lead researcher M. Cenk Cavusoglu, professor of electrical, computer, and systems engineering and director of the Medical Robotics and Computer Integrated Surgery (MeRCIS) Lab at the Case School of Engineering. “He or she would be able to pinpoint the exact location, and the micro-robot would perform the procedure. This would make this procedure safer, easier, far more effective, and even less expensive as a treatment for atrial fibrillation (AFib).”

By demonstrating the benefits of using AR-guided robotic surgery for this procedure, the researchers hope to increase its availability to AFib patients—especially those whose life expectancy is greater than 20 years.

Cavusoglu said both of the two big pieces of the work—the robotic catheter operating inside an MRI, and the high-speed MRI imaging itself—provide significant challenges. Combining them required bringing together several experts from different disciplines.

Cavusoglu is working with Mark Griswold, professor of radiology from the Case Western Reserve School of Medicine, and former bioengineering colleague Nicole Seiberlich, now with the University of Michigan.

Other collaborators include Hiram Bezerra from the University of South Florida, Mauricio Arruda from University Hospitals Cleveland Medical Center and Joseph Piktel from MetroHealth.

Cavusoglu and his team in 2020 had received a previous NIH grant to develop a system for performing MRI guided robotic atrial fibrillation ablation based on the same technology.

Many cases of AFib are controlled with medication, but those who cannot tolerate or don’t respond to drugs often undergo the ablation procedure.

He and his team have been working on its novel approach since 2013 and hope to validate the technology in pre-clinical trials within the next few years.