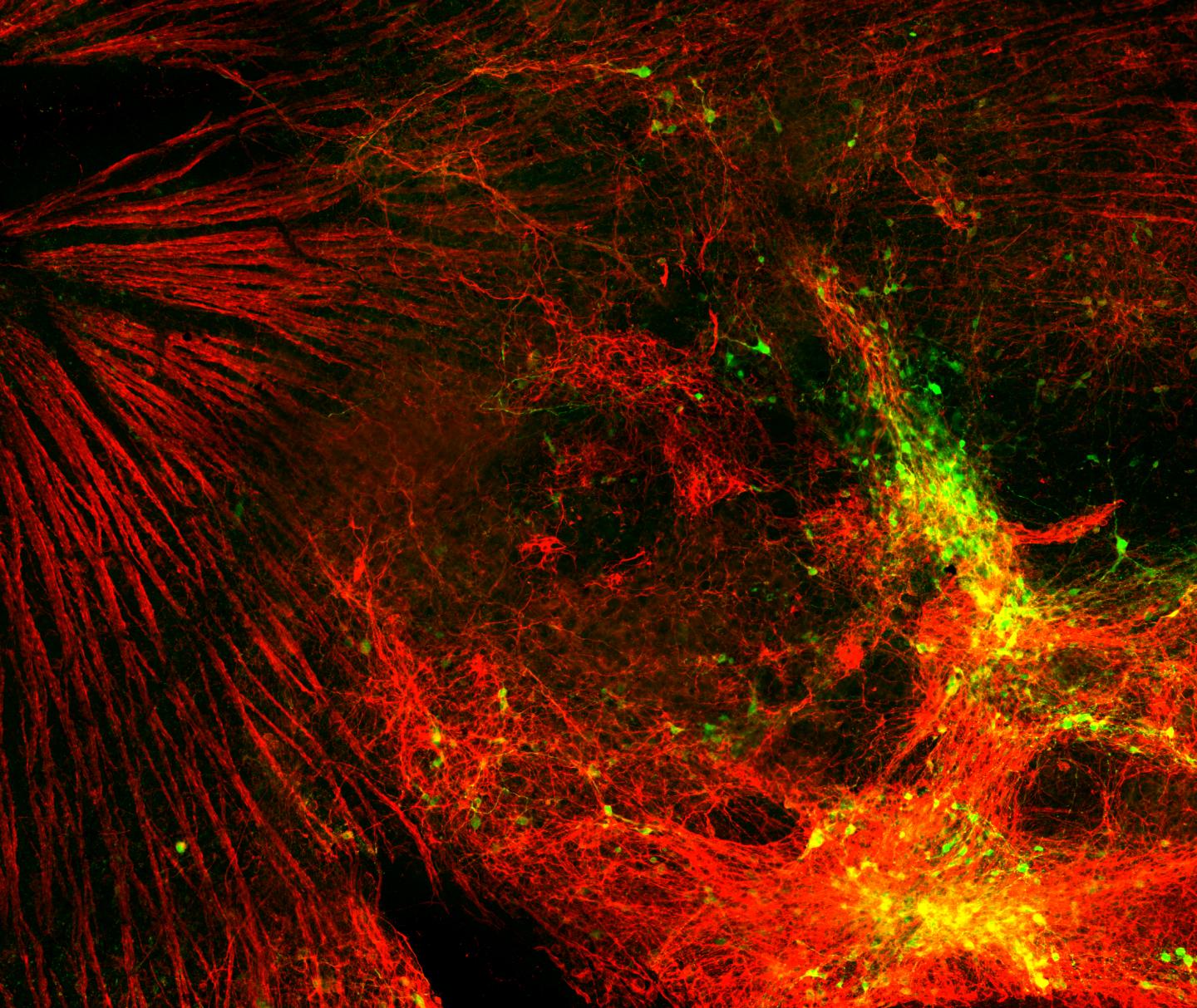 A joint research carried out by MIPT scientists and Harvard researchers have presented retinal cells that can integrate into the retina. This is the first successful attempt to transplant ganglion cells (retinal neurons that are destroyed by glaucoma) derived from stem cells in a lab setting. Scientists tested the technology in mice and established that the cells successfully integrated and survived for a year. In the future, the researchers plan to create specialized cell banks, which will permit individual, tailored therapy for each patient.

The world’s first successful attempt to grow and transplant retinal ganglion cells developed from stem cells was made by scientists from MIPT’s genomic engineering laboratory in collaboration with researchers from Harvard Medical School. Retinal ganglion cells, commonly damaged in glaucoma, are responsible for the transmission of visual information. The scientists managed to not only grow neurons (retinal ganglion cells are considered specialized neurons), but also transplant them into the eyes of mice, achieving the correct ingrowth of artificial retinal tissue. Without treatment, glaucoma can lead to irreversible damage to the optic nerve and, as a result, the loss of part of the visual field. Progression of this disease can lead to complete blindness.

Retinal cells were grown using special organoids, with the tissue formed in a petri dish, according to Evgenii Kegeles, a junior researcher from MIPT’s genomic engineering laboratory. These cells were subsequently transplanted into several groups of mice. The MIPT scientists were responsible for re-isolating and analyzing the transplanted cells.

“Our studies in mice have shed light on some of the basic questions surrounding retina cell replacement, i.e. can donor RGCs survive within diseased host retinas? Or are transplants only possible within young hosts?”, noted Julia Oswald, the first author of the paper and a research fellow from the Schepens Eye Research Institute, Harvard Medical School affiliate. “Using mice in which we used microbeads to artificially elevate intraocular pressure and a model of chemically induced neurotoxicity, we could show that transplanted donor cells survive in disease-like microenvironments. In addition, we could demonstrate that cells survived independent of the donor’s age and the location to which the cells were delivered within the retina.”

According to the authors, these cells have successfully existed inside mouse retinas for 12 months, which is a significant period for the species. Scientists confirmed that they were able to receive signals from other neurons in the retina; however, the ability of the cells to transmit signals to the brain has yet to be assessed with absolute certainty.

“We are confident that the grown cells are embedded where necessary and have extended axons into the brain, but their full functionality is currently impossible to assess, due to the relatively low number of cells surviving the procedure. However, our study shows a first proof-of-concept for the re-isolation of donor cells post-transplant, to observe on a molecular level that cells did, indeed, form synapses, grow axons, and integrate into the retina. This technique will enable countless future studies into the cross talk between transplanted cells and the host microenvironment. This will allow us to find and employ molecular mechanisms which will help transplanted cells to function properly and, as a result, improve visual function when transplanted in the right quantity,” explained Evgenii Kegeles.

Mouse retinal cells can be grown from stem cells in around 21 days. However, according to the scientists at MIPT, it will take longer for human cells — from 50 to 100 days.

Even so, a person with glaucoma preparing for a transplant will most likely not require retinal tissue grown from their own autologous stem cells. Since the eye is an immune-privileged organ where rejection is rare, it is possible to create a cell bank for these patients; grown retinal cells from a universal donor or induced pluripotent stem cells would be stored there. This would mean that it would be possible to grow cells in advance and freeze them. When a patient with glaucoma requires help, the most suitable cells would be selected for transplantation.

“The Nobel Prize for induced pluripotent stem cells was awarded almost 10 years ago, in 2012,” said Pavel Volchkov, head of the laboratory of genomic engineering. “The so-called hype, when literally all of the research teams involved in the process considered it their duty to explore the topic, has long faded away. Now is the time not just for words, but for real technologies based on iPS (induced pluripotent stem cells). And it is precisely this technology that this research on the transplantation of retinal ganglion cells is based on. This is an opportunity to demonstrate that stem cells can really be applied in practice, that, with their help, something can be corrected. Although this work has not yet been brought to clinical practice, it is only a few steps away from a real transplant for the purpose of treating glaucoma.”

“It was indeed an enabling study in which we demonstrated that it is possible to make diverse retinal ganglion cell neurons in quantity sufficient for transplantation. Moreover, donor neurons’ ability to integrate into the diseased retina and survive for over a year brings hope and excitement for cell therapy development,” – added Petr Baranov, – the Principal Investigator from the Schepens Eye Research Institute, Harvard Medical School.

According to scientists, this technology is around 10 years from being ready for use in clinical practice.