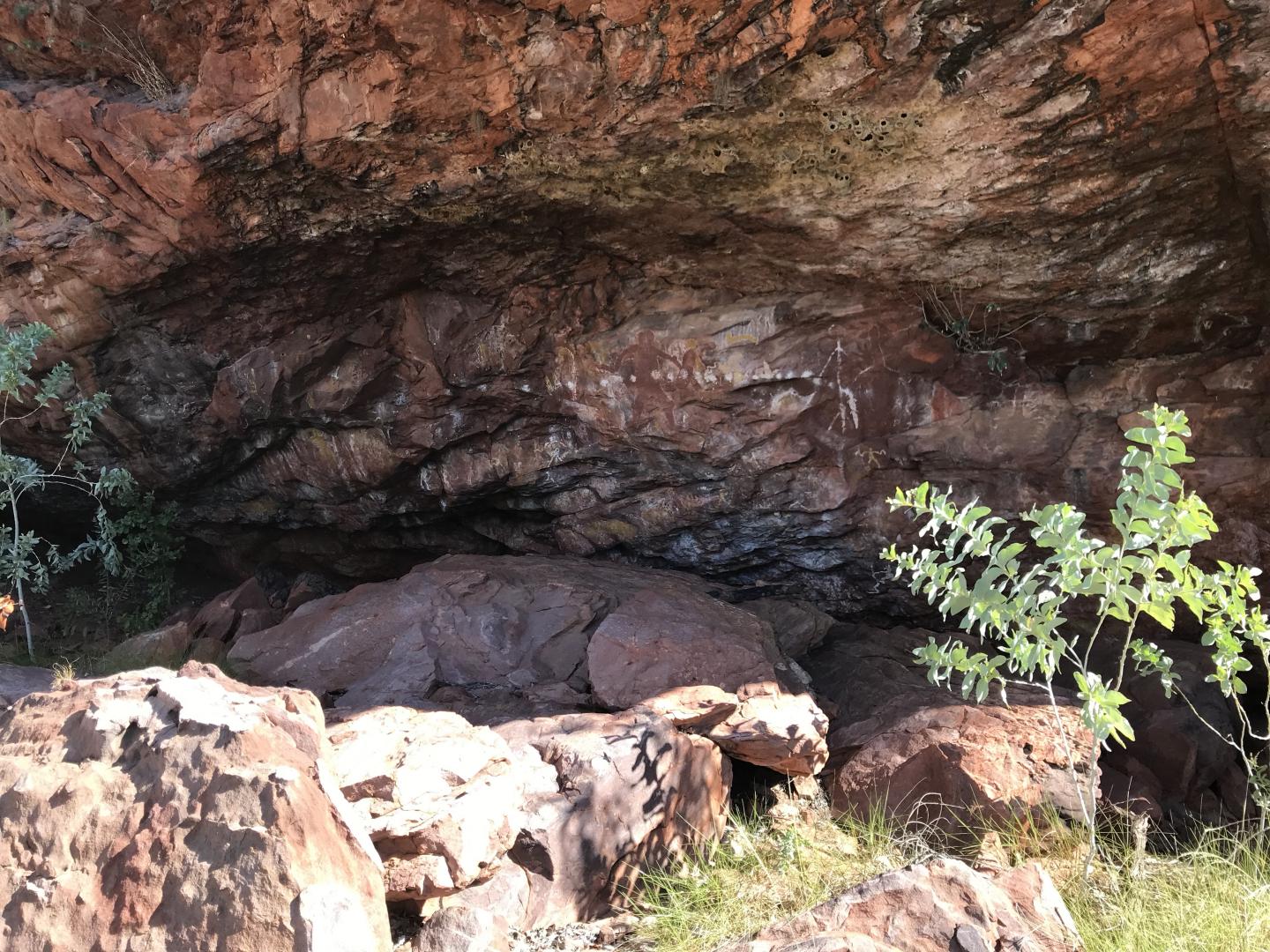 Australian archaeologists have discovered some of the most detailed examples of rare, small-scale rock art in the form of miniature stencils in a rockshelter traditionally owned by the Marra people.

The research, published in the journal Antiquity, examined the unusual art found in the Yilbilinji rockshelter at Limmen National Park in the southwest Gulf of Carpentaria region of northern Australia.

Traditionally owned by the Marra Aboriginal people, the site was documented by the research team in 2017 and instantly stood out as unique.

“However, many of the stencils at Yilbilinji are tiny or miniature-sized, and too small to have been made using real-life body parts and full-size objects.”

Only two other examples of this miniature stencilled form of rock art, both human figures, are known from anywhere in the world: one at Nielson’s Creek in New South Wales, and one at Kisar Island in Indonesia.

The research team – archaeologists, anthropologists, Marra rangers, and Limmen National Park rangers – recorded a total of 17 images of these miniature stencils during a 2017 field trip.

The researchers set out to find out how these unusual images were made. One clue came from the fact most of the miniature stencils were made with rounded and curved edges meaning they were probably made using something that could be easily moulded and stuck to the rock surface.

Another clue came from anthropological research in the region. Co-author and anthropologist Dr John Bradley, from the Monash Indigenous Centre, has worked with Aboriginal people in the study area for more than 40 years.

He remembers seeing beeswax used by people for a range of purposes such as an adhesive for repairing spears and harpoons. He also saw children shaping beeswax into objects and animals such as cattle, horses and cowboys.

“Using these clues, the researchers decided to test if beeswax could have been used to make the miniature stencils,” he says.

“Our experiments involving heating and shaping beeswax into human figures, animals, objects, and geometric shapes, and then stencilling onto a rock slab confirmed beeswax was an excellent material for making miniature stencils.”

“Whoever made these miniature stencils – adults or children – is open for debate, as is their meaning,” says Matthew Flinders Fellow Professor Amanda Kearney.

“However, what is important here is that this discovery adds another dimension to the Australian and global rock art record,” she says.

In fact, since this discovery was made, three additional stencils have been discovered in the area – a human figure, an echidna and a freshwater turtle – which further highlights the archaeological potential at Limmen National Park.

Glenn Durie, Manager of Aboriginal Partnerships, Northern Territory Parks and Wildlife, says the research with Marra Traditional Owners, archaeologists, and park rangers means this discovery could be among the first of many more in the area.

The article, ‘A rare miniature and small-scale stencil assemblage from the Gulf of Carpentaria: replication and meaning in Australian rock art’ (May 2020) by Liam M Brady, John J Bradley (Monash University), Amanda Kearney and Daryl Wesley has been published in Antiquity (Cambridge) Vol 94, No 375 June 2020 DOI: 10.15184/aqy.2020.48.

This research is funded by the Australian Research Council