Dwarfism occurring in less than a hundred years 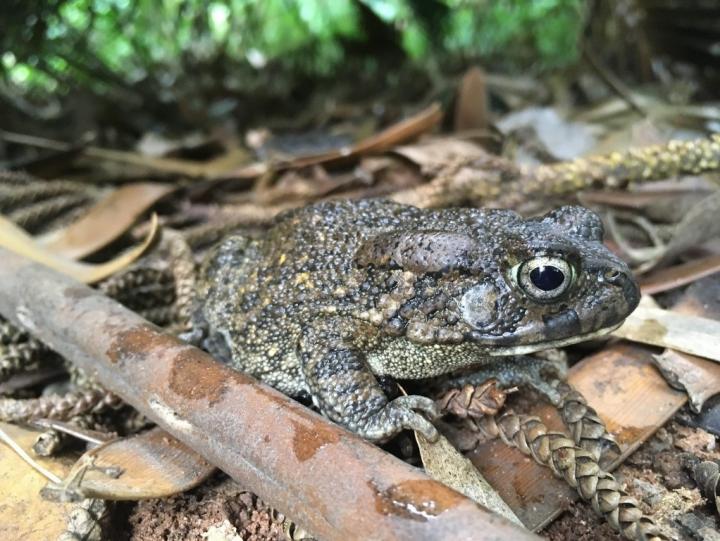 Researchers from the DSI/NRF Center for Invasion Biology at Stellenbosch University in South Africa have found that, scarcely a hundred years after Guttural Toads were introduced to the islands of Mauritius and Réunion, their overall body size has been reduced by up to a third compared to their counterparts in South Africa.

The Guttural Toad, a large amphibian species native to Africa, was introduced to Mauritius in 1922 and from there to Réunion in 1927 for biocontrol of cane beetles and malaria-carrying mosquitoes. While studying the history of this introduction, the researchers were amazed by how much smaller the island-based toads had become.

“Dwarfism in amphibians is known to have occurred in many lineages over millions of years, yet this study has identified it occurring in less than a hundred years, which raises questions about the evolutionary mechanisms driving this change,” says Dr James Baxter-Gilbert, lead author of the article “Shrinking before our isles: The rapid expression of insular dwarfism in two invasive populations of guttural toad (Sclerophrys gutturalis)”, published in the journal Biology Letters recently.

Another important finding is the significant reduction in the length of these amphibians’ hindlimbs. According to the researchers, this could be because of changes to their reproductive strategy, or the absence of the toad’s native predators. Alternatively, it could also be associated with the fact that once they spread across the islands the need for dispersal is no longer an important driver – similar to trends seen in island birds when they lose their ability to fly.

While biologists are familiar with this type of change occurring when colonising animal populations adapt to island-life, part of a phenomena known as the Island Syndrome, large-scale changes in body size, such as dwarfism or gigantism, have been associated with long evolutionary processes taking place over thousands or millions of years.

Dr Baxter-Gilbert explains: “The Island Rule puts forward the idea that, over time, large-bodied mainland species will dwarf in size as they adapt to island life. We know this from fossil and historic records, such as the miniature hippopotamuses (Hippopotamus creutzburgi) and elephants (Mammathus creticus) from Crete during the Pleistocene; while small-bodied mainland species will grow to become gigantic, such as the oversized and fearless Dodos (Raphus cucllatus) of Mauritius.”

He says the research is a fascinating first step in understanding how biological invasions can radically change the biology of this island amphibian invader. “We are now planning to examine the mechanisms driving these changes. It appears that there is still much to learn,” he said.

Dr Baxter-Gilbert is a postdoctoral fellow in Prof John Measey’s research group in the DSI-NRF Center of Excellence in Invasion Biology, hosted at Stellenbosch University in South Africa.