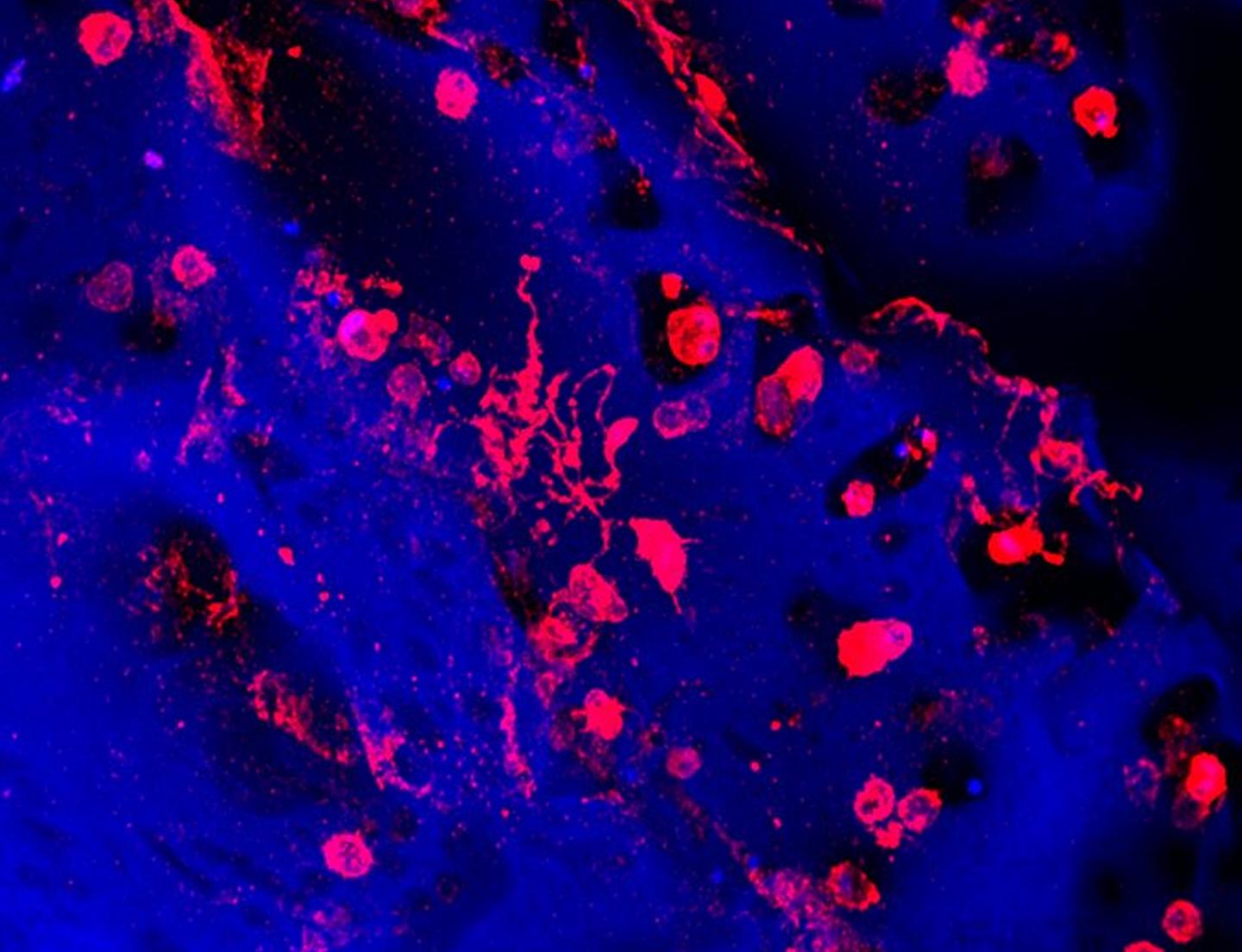 A new miniature 3D model of human bone marrow has been described today in the open-access eLife journal.

The model may help clinicians predict which patients will benefit from a new therapy for blood platelet disorders, such as Inherited Thrombocytopenias – a group of familial disorders that inhibit the production of platelets. It could also enable further study of these disorders and give scientists a new tool to test experimental treatments.

Platelets are cells that are necessary for the blood to clot and stop bleeding. Having too few platelets can lead to internal or serious bleeding after surgery or injuries, which is usually treated with therapies that cause clotting. Recent studies have shown that a drug called Eltrombopag increases the production of platelets, but not all patients appear to benefit from it. “Patients with the same apparent form of platelet disorder may respond differently to treatment with Eltrombopag,” says first author Christian Di Buduo, Research Assistant Professor at the Department of Molecular Medicine, University of Pavia, Italy.

To help determine which patients might benefit from the drug, Di Buduo and colleagues developed a mini 3D model of human bone marrow that combines a scaffolding of silk protein and culture of patient-derived cells to recreate the human bone marrow environment where platelets are produced. “This device is a significant improvement over previous models, requiring only a very small sample of blood to recreate platelet production,” Di Buduo explains.

The authors say the model could eventually lead to personalised treatment for platelet disorders by helping clinicians match patients to the best treatment.

“This easy-to-reproduce system may also help scientists better understand what goes wrong in these disorders and how treatments work, as well as provide them with a new tool for testing new drugs that may lead to improved therapies in the future,” concludes senior author Alessandra Balduini, Principal Investigator and Professor at the University of Pavia.

eLife is a non-profit organisation created by funders and led by researchers. Our mission is to accelerate discovery by operating a platform for research communication that encourages and recognises the most responsible behaviours. We aim to publish work of the highest standards and importance in all areas of biology and medicine, while exploring creative new ways to improve how research is assessed and published. eLife receives financial support and strategic guidance from the Howard Hughes Medical Institute, the Knut and Alice Wallenberg Foundation, the Max Planck Society and Wellcome. Learn more at https://elifesciences.org/about.

To read the latest research in Medicine published in eLife, visit https://elifesciences.org/subjects/medicine.