Millennials, think you’re digitally better than us? Yes, according to science 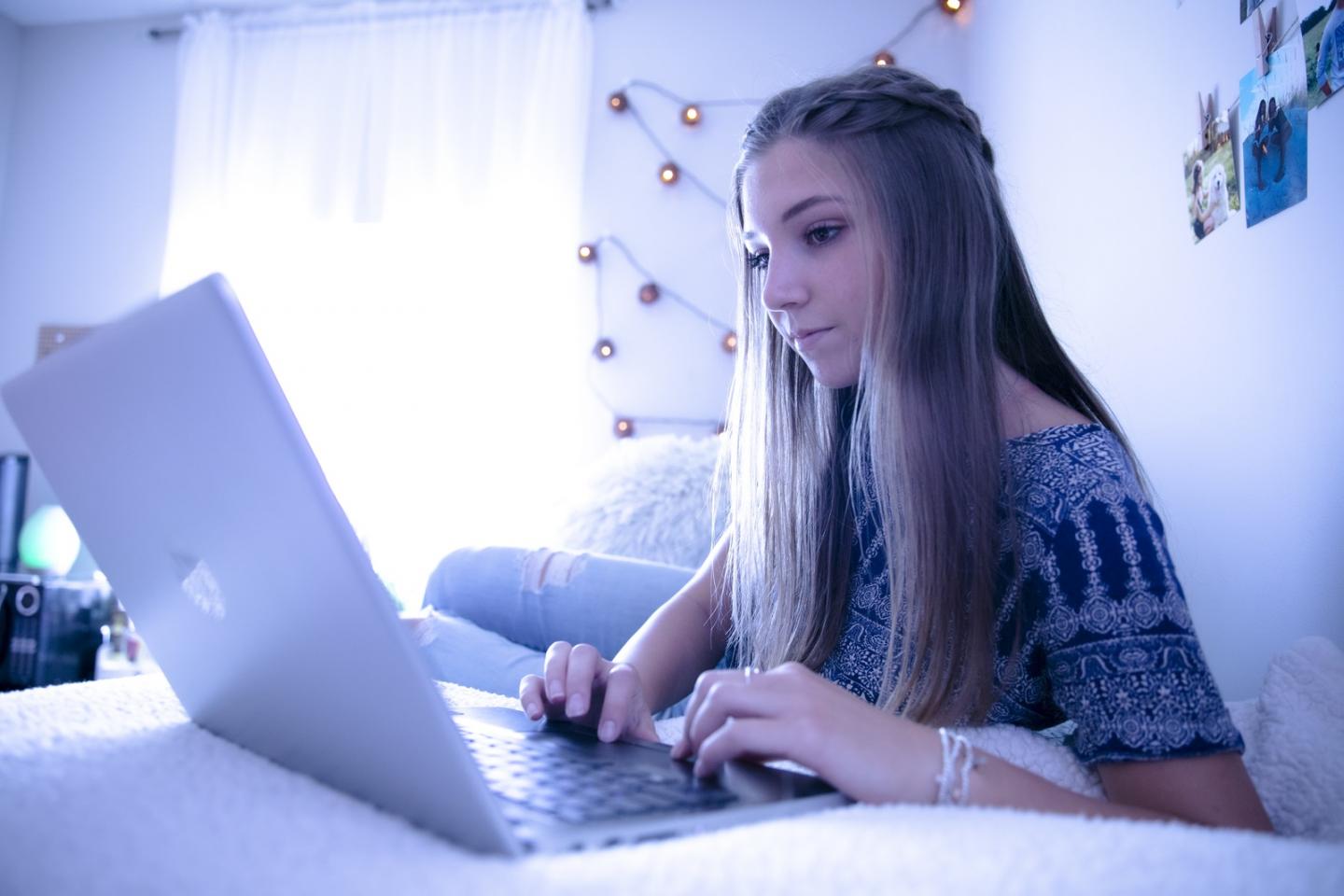 Emails, instant messaging, app notifications, RSS feeds, and a plethora of social networks inundate almost every aspect of daily life from work to home or just keeping in touch socially. Some people average more than four information technology (IT) switches per minute. This barrage of IT interruptions makes it increasingly difficult to focus on the task-at-hand.

Legend has it that millennials, specifically the “Net Generation,” use many technologies simultaneously, masterfully switching from one to the next. They claim that it’s easy and that they can do it much better than older generations. Research, so far, hasn’t proven this claim and the consequences of these incessant interruptions on attention and performance.

Florida Atlantic University researchers in the Charles E. Schmidt College of Science are one of the first to examine this phenomenon in college-age students. The study provides some of the first results on whether or not “Net Genners,” who have grown up with widespread access to technology, are developing greater digital literacy than generations before them, and if this has enriched them with an ability to switch their attention more efficiently.

For the study, researchers simulated a typical working environment, complete with IT interruptions, to allow them to track the effects on participants’ inhibitory processes. One hundred and seventy-seven mostly college-age participants were divided into three groups: those who received IT interruptions; those who did not, and a control group. Researchers compared the three groups’ accuracy and response time on completing tasks, gauging their level of anxiety.

Results, published in the journal Applied Neuropsychology: Adult, indicate that there is no need to “pardon these interruptions,” at least for this younger generation.

All three groups reported low levels of anxiety during the study. Seventy-five percent of two of the groups reported their anxiety as “not at all” or “a little bit,” and the researchers did not find any significant differences between groups.

“We were really surprised to find impaired performance in the group that did not receive any information technology interruptions. It appears that the Net Generation thrives on switching their attention and they can do it more efficiently because information technology is woven throughout their daily lives,” said Mónica Rosselli, Ph.D., senior author, professor and assistant chair of psychology in FAU’s Charles E. Schmidt College of Science, and a member of the FAU Brain Institute (I-BRAIN), one of the University’s four research pillars. “Because younger generations are so accustomed to using instant messaging, pop-ups like the ones we used for our study, may blend into the background and may not appear surprising or unplanned, and therefore may not produce anxiety.”

Prior research in the general population has found that it takes about 25 minutes to return to an original task following an IT interruption and 41 percent of these interruptions result in discontinuing the interrupted task altogether. Emails alone cause about 96 interruptions in an eight-hour day with an added one-and-a-half hours of recovery time per day.

Results of the new FAU study sheds light on younger generations who have commonly used instant messaging as a major communication tool and this communication preference may reveal a perception gap between generations.

“How we adapt to technology and leverage it to our advantage by deciding what information we attend to at any given moment has substantial implications on our ability to remain valuable and productive in our respective work and education domains,” said Deven M. Christopher, co-author and a graduate psychology student at FAU. “Results from our study may provide a basis for further research, especially because younger generations are developing in a more connected world than preceding generations.”

Florida Atlantic University, established in 1961, officially opened its doors in 1964 as the fifth public university in Florida. Today, the University, with an annual economic impact of $6.3 billion, serves more than 30,000 undergraduate and graduate students at sites throughout its six-county service region in southeast Florida. FAU’s world-class teaching and research faculty serves students through 10 colleges: the Dorothy F. Schmidt College of Arts and Letters, the College of Business, the College for Design and Social Inquiry, the College of Education, the College of Engineering and Computer Science, the Graduate College, the Harriet L. Wilkes Honors College, the Charles E. Schmidt College of Medicine, the Christine E. Lynn College of Nursing and the Charles E. Schmidt College of Science. FAU is ranked as a High Research Activity institution by the Carnegie Foundation for the Advancement of Teaching. The University is placing special focus on the rapid development of critical areas that form the basis of its strategic plan: Healthy aging, biotech, coastal and marine issues, neuroscience, regenerative medicine, informatics, lifespan and the environment. These areas provide opportunities for faculty and students to build upon FAU’s existing strengths in research and scholarship. For more information, visit http://www.fau.edu.

How your brain remembers motor sequences

Scienmag Jul 15, 2019
Female mammals kill the offspring of their competitors when resources are scarceCredit: Alecia Carter In previous…