The Sun emitted a mid-level solar flare on March 31, 2022, peaking at 2:35 p.m. EST. NASA’s Solar Dynamics Observatory, which watches the Sun constantly, captured an image of the event. 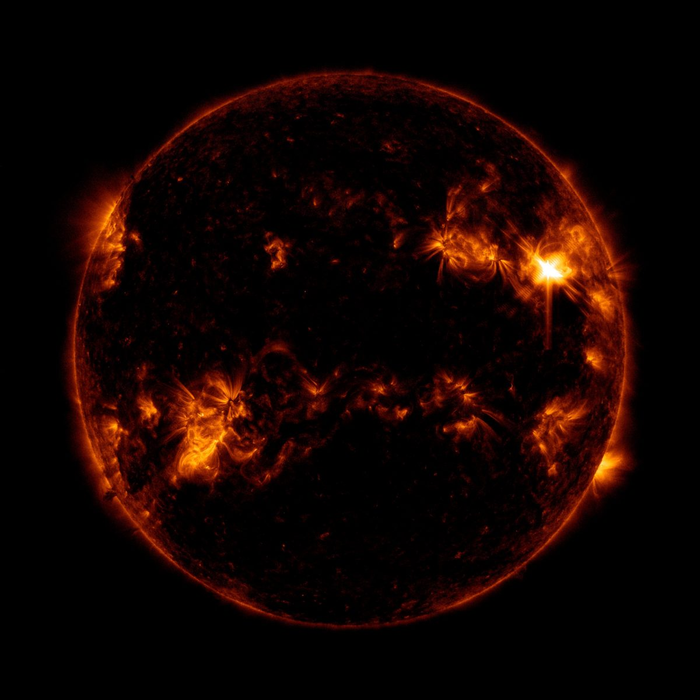 The Sun emitted a mid-level solar flare on March 31, 2022, peaking at 2:35 p.m. EST. NASA’s Solar Dynamics Observatory, which watches the Sun constantly, captured an image of the event.

This is a close-up image captured by NASA’s Solar Dynamics Observatory of today’s solar flare.  The image shows a subset of extreme ultraviolet light that highlights the extremely hot material in flares and which is colorized in SDO channel colors 131 and 171.

This flare is classified as an M-Class flare. M-class flares are a tenth the size of the most intense flares, the X-class flares. The number provides more information about its strength. An M2 is twice as intense as an M1, an M3 is three times as intense, etc. More info on how flares are classified can be found here.

To see how such space weather may affect Earth, please visit NOAA’s Space Weather Prediction Center https://spaceweather.gov/, the U.S. government’s official source for space weather forecasts, watches, warnings, and alerts. NASA works as a research arm of the nation’s space weather effort. NASA observes the Sun and our space environment constantly with a fleet of spacecraft that study everything from the Sun’s activity to the solar atmosphere, and to the particles and magnetic fields in the space surrounding Earth.