A new way of dating collisions between asteroids and planetary bodies throughout our Solar System’s history could help scientists reconstruct how and when planets were born. 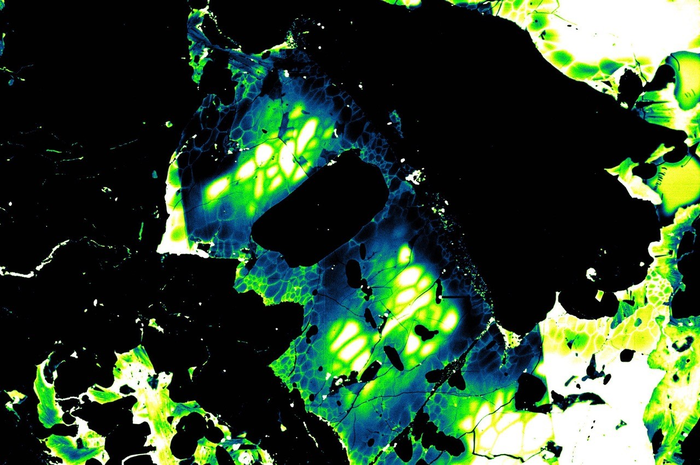 A new way of dating collisions between asteroids and planetary bodies throughout our Solar System’s history could help scientists reconstruct how and when planets were born.

A team of researchers, led by the University of Cambridge, combined dating and microscopic analysis of the Chelyabinsk meteorite — which fell to Earth and hit the headlines in 2013 — to get more accurate constraints on the timing of ancient impact events.

Their study, published in Communications Earth & Environment, looked at how minerals within the meteorite were damaged by different impacts over time, meaning they could identify the biggest and oldest events that may have been involved in planetary formation.

“Meteorite impact ages are often controversial: our work shows that we need to draw on multiple lines of evidence to be more certain about impact histories – almost like investigating an ancient crime scene,” said Craig Walton, who led the research and is based at Cambridge’s Department of Earth Sciences.

Early in our Solar System’s history, planets including the Earth formed from massive collisions between asteroids and even bigger bodies, called proto-planets.

“Evidence of these impacts is so old that it has been lost on the planets — Earth in particular has a short memory because surface rocks are continually recycled by plate tectonics,” said co-author Dr Oli Shorttle, who is based jointly at Cambridge’s Department of Earth Sciences and Institute of Astronomy.

Asteroids, and their fragments that fall to Earth as meteorites, are in contrast inert, cold and much older— making them faithful timekeepers of collisions.

The new research, which was a collaboration with researchers from the Chinese Academy of Sciences and the Open University, recorded how phosphate minerals inside the Chelyabinsk meteorite were shattered to varying degrees in order to piece together a collision history.

Their aim was to corroborate uranium-lead dating of the meteorite, which looks at the time elapsed for one isotope to decay to another.

“The phosphates in most primitive meteorites are fantastic targets for dating the shock events experienced by the meteorites on their parent bodies,” said Dr Sen Hu, who carried out the uranium-lead dating at Beijing’s Institute of Geology and Geophysics, Chinese Academy of Sciences.

Previous dating of this meteorite has revealed two impact ages, one older, roughly 4.5-billion-year-old collision and another which occurred within the last 50 million years.

But these ages aren’t so clear-cut. Much like a painting fading over time, successive collisions can obscure a once clear picture, leading to uncertainty among the scientific community over the age and even the number of impacts recorded.

Their findings show that minerals containing the imprint of the oldest collision were either shattered into many smaller crystals at high temperatures or strongly deformed at high pressures.

The team also described some mineral grains in the meteorite that were fractured by a lesser impact, at lower pressures and temperatures, and which record a much more recent age of less than 50 million years. They suggest this impact probably chipped the Chelyabinsk meteorite off its host asteroid and sent it hurtling to Earth.

Taken together, this supports a two-stage collision history. “The question for us was whether these dates could be trusted, could we tie these impacts to evidence of superheating from an impact?” said Walton. “What we’ve shown is that the mineralogical context for dating is really important.”

Scientists are particularly interested in the date of the 4.5-billion-year-old impact because this is about the time we think the Earth-Moon system came to being, probably as a result of two planetary bodies colliding.

The Chelyabinsk meteorite belongs to a group of so-called stony meteorites, all of which contain highly shattered and remelted material roughly coincident with this colossal impact.

The newly-acquired dates support previous suggestions that many asteroids experienced high energy collisions between 4.48 – 4.44 billion years ago. “The fact that all of these asteroids record intense melting at this time might indicate Solar System re-organisation, either resulting from the Earth-Moon formation or perhaps the orbital movements of giant planets.”

Walton now plans to refine dating over the window of the Moon-forming impact, which could tell us how our own planet came to being.