A new tool will help cancer researchers gain a better understanding of the critical mechanisms at play during metastasis. 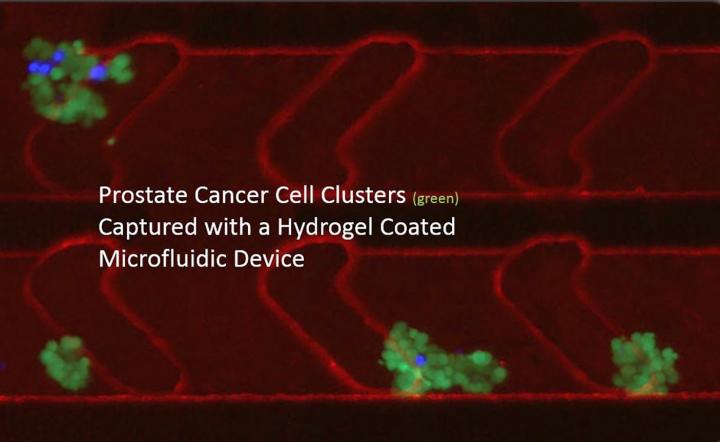 WASHINGTON, D.C., June 18, 2019 — Cancer touches nearly everyone in one way or another, and regrettably, it will claim another 600,000 lives in the U.S. in 2019, according to the American Cancer Society. Researchers from San Diego State University, TumorGen MDx Inc., and Sanford Burnham Prebys Medical Discovery Institute set out to explore a seemingly basic question: What is it about cancer that kills?

The answer is, about 90% of cancer deaths are due to metastases, when tumors spread to other vital organs. How does cancer metastasize? After an exhaustive search of the scientific literature, the researchers realized that it’s not individual cells but rather distinct clusters of cancer cells that circulate and metastasize to other organs.

As the group reports in AIP Advances, from AIP Publishing, this caused them to question — if these cell clusters are the “root causes of cancer,” why isn’t more research being devoted to gaining a better understanding of circulating cancer cell clusters?

“The reason for such little research activity is the overwhelming difficulty of capturing these extremely rare metastatic cancer cell clusters from a patient’s blood sample,” said Peter Teriete, one of the authors and a research assistant professor at Sanford Burnham Prebys Medical Discovery Institute. “But we realized that if we’re ever going to understand the complex process of cancer metastasis, we’d need to develop a tool to easily find these clusters.”

To do this, the researchers first identified the basic requirements essential to collecting useful information from isolated cancer cell clusters. It involves a sample size large enough to likely contain appreciable numbers of cancer cell clusters (about 10 milliliters of whole blood), as well as using whole blood to preserve rare circulating clusters. Whole blood, however, requires channel-coating procedures that reduce nonspecific binding properties to prevent biofouling. And the device channel dimensions must be of a suitable size to accommodate single cells and cancer cell clusters of varying diameters.

“Our device’s channel design had to generate microfluidic flow characteristics suitable to facilitate cell capture via antibodies within the coated channels,” Teriete explained. “So we introduced microfeatures — herringbone recesses — to produce the desired functionality. We also developed a unique alginate hydrogel coating that can be readily decorated with antibodies or other biomolecules. By connecting bioengineering with materials science and basic cancer biology, we were able to develop a device and prove that it performs as desired.”

“Drug development that specifically targets distant metastases has been greatly restricted due to the lack of adequate tools that can readily access the metastatic cells responsible for cancer’s dissemination,” said Teriete. “Our microfluidic device will provide cancer researchers with actual human cancer cell clusters, so they can begin to understand the critical mechanisms involved with metastasis and develop highly effective drugs that ultimately can save more cancer patients’ lives.”

The article, “Design and production of a novel microfluidic device for the capture and isolation of circulating tumor cell clusters,” is authored by Sebastian W. Shaner, Jeffrey K. Allen, Martina Felderman, Evan T. Pasko, Carina D. Wimer, Nicholas D.P Cosford, Samuel Kassegne and Peter Teriete. It appears in AIP Advances on June 18, 2019 (DOI: 10.1063/1.5084736) and can be accessed at http://aip.scitation.org/doi/full/10.1063/1.5084736.

AIP Advances is a fully open access, online-only, peer-reviewed journal. It covers all areas of applied physical sciences. With its advanced web 2.0 functionality, the journal puts relevant content and discussion tools in the hands of the community to shape the direction of the physical sciences. See http://aipadvances.aip.org.

Pushing the bounds of memory

Tiny particles lead to brighter clouds in the tropics

Most California wildfire is in wildland-urban interface area with less…