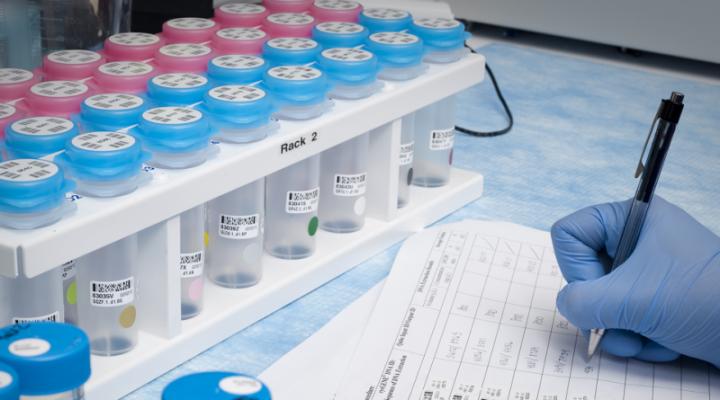 A patient and family walk into a doctor’s office. They hope that the latest tests will reveal what is causing the patient’s illness and end the diagnostic odyssey they have been going through for years. Having an accurate diagnosis also means that maybe there is a treatment that at least can alleviate the patient’s condition.

At Baylor College of Medicine, Dr. Sarah Elsea and her colleagues have been working on improving their ability to identify the genetic cause of undiagnosed conditions. Their study appears in the journal Genetics in Medicine.

“About nine of every 10 patients that are referred to us have neurological conditions, such as developmental delay and intellectual disability, for which they don’t have a diagnosis,” said Elsea, professor of molecular and human genetics at Baylor and corresponding author of the work.

To identify the genetic cause of undiagnosed conditions, the researchers look for potentially defective genes in the patient’s genome. They use whole-exome sequencing, which analyzes all the genes that encode proteins. A gene may have many variants that encode slightly different versions of the same protein that still carry their function normally. But some variants may encode defective proteins that can cause disease. The challenging part is determining whether the variant of a particular gene that is found in a patient is causing the disease.

“In some cases, the variant is missing all or a large portion of the gene, which results in a non-functional protein. This suggests that the variant is involved in the disease. However, most genetic variants involve changes in a single building block of the DNA. That one ‘misspelled’ gene sequence may or may not result in a defective or less functional protein, and we need other mechanisms, such as untargeted metabolomics, to determine if that genetic change causes disease,” said Elsea, who also is the senior director of biochemical genetics at Baylor Genetics.

Elsea and her colleagues used untargeted metabolomics to provide an additional level of information to help them determine whether the genetic variant they found in the patient was actually causing the condition.

“Untargeted metabolomics lets us look at the function of the protein encoded by the gene variant in the patient to explore metabolic abnormalities that may be associated with the variant,” Elsea said.

In the current study, the researchers integrated whole-exome sequencing and targeted metabolomics to analyze the data of a group of 170 patients. They were pleased to find that the metabolomics data informed 44 percent of the cases.

“The analysis let us reclassify nine variants as likely benign, 15 variants as likely causing disease and three as disease-causing variants. Metabolomics data confirmed a clinical diagnosis in 21 cases,” Elsea said. “Our analysis is extremely helpful not only for confirming that a variant causes the condition, but also to rule out variants as the cause of disease. Having a more accurate diagnosis may help identify a better treatment for the condition and also provides important information for the family regarding recurrence risk.”

This analysis also aids with the diagnosis of patients that may have a mild form of a disease, because the analysis is broad and very sensitive and shows the effects of the variant in entire metabolic pathways.

“We have been able to identify a few cases with milder diseases. Before our integrated analysis, we would not have diagnosed those cases with the disease, but we can now because metabolomics revealed metabolic abnormalities that we could link to the gene variant in the patient,” Elsea said. “This approach has improved diagnostics substantially and also increased our understanding of these conditions and the range of clinical manifestations that we might see in patients.”

The researchers hope that their integrated multi-omics analysis will help other patients by providing a diagnosis, clarifying previous suspected diagnoses or monitoring their treatment.