MERMAIDs reveal secrets from below the ocean floor 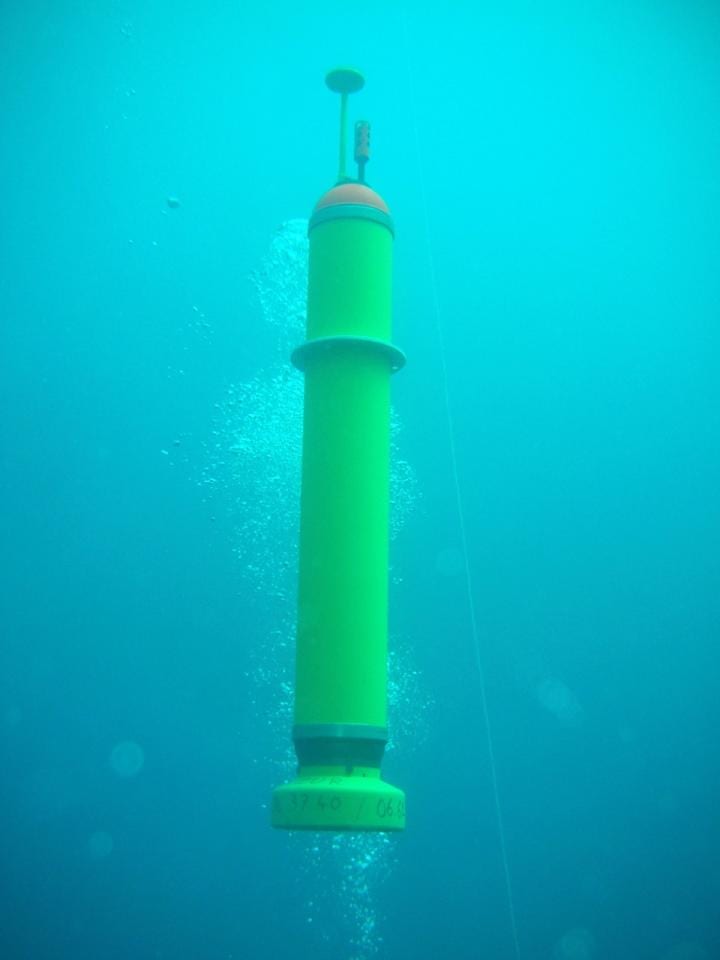 Seismologists use waves generated by earthquakes to scan the interior of our planet, much like doctors image their patients using medical tomography. Earth imaging has helped us track down the deep origins of volcanic islands such as Hawaii, and identify the source zones of deep earthquakes.

“Imagine a radiologist forced to work with a CAT scanner that is missing two-thirds of its necessary sensors,” said Frederik Simons, a professor of geosciences at Princeton. “Two-thirds is the fraction of the Earth that is covered by oceans and therefore lacking seismic recording stations. Such is the situation faced by seismologists attempting to sharpen their images of the inside of our planet.”

Some 15 years ago, when he was a postdoctoral researcher, Simons partnered with Guust Nolet, now the George J. Magee Professor of Geoscience and Geological Engineering, Emeritus, and they resolved to remediate this situation by building an undersea robot equipped with a hydrophone — an underwater microphone that can pick up the sounds of distant earthquakes whose waves deliver acoustic energy into the oceans through the ocean floor.

The researchers, from institutions in the United States, France, Ecuador and China, found that the volcanoes on Galápagos are fed by a source 1,200 miles (1,900 km) deep, via a narrow conduit that is bringing hot rock to the surface. Such “mantle plumes” were first proposed in 1971 by one of the fathers of plate tectonics, Princeton geophysicist W. Jason Morgan, but they have resisted attempts at detailed seismic imaging because they are found in the oceans, rarely near any seismic stations.

MERMAIDs drift passively, normally at a depth of 1,500 meters — about a mile below the sea surface — moving 2-3 miles per day. When one detects a possible incoming earthquake, it rises to the surface, usually within 95 minutes, to determine its position with GPS and transmit the seismic data.

By letting their nine robots float freely for two years, the scientists created an artificial network of oceanic seismometers that could fill in one of the blank areas on the global geologic map, where otherwise no seismic information is available.

The unexpectedly high temperature that their model shows in the Galápagos mantle plume “hints at the important role that plumes play in the mechanism that allows the Earth to keep itself warm,” said Nolet.

“Since the 19th century, when Lord Kelvin predicted that Earth should cool to be a dead planet within a hundred million years, geophysicists have struggled with the mystery that the Earth has kept a fairly constant temperature over more than 4.5 billion years,” Nolet explained. “It could have done so only if some of the original heat from its accretion, and that created since by radioactive minerals, could stay locked inside the lower mantle. But most models of the Earth predict that the mantle should be convecting vigorously and releasing this heat much more quickly. These results of the Galápagos experiment point to an alternative explanation: the lower mantle may well resist convection, and instead only bring heat to the surface in the form of mantle plumes such as the ones creating Galápagos and Hawaii.”

To further answer questions on the heat budget of the Earth and the role that mantle plumes play in it, Simons and Nolet have teamed up with seismologists from the Southern University of Science and Technology (SUSTech) in Shenzhen, China, and from the Japan Agency for Marine-Earth Science and Technology (JAMSTEC). Together, and with vessels provided by the French research fleet, they are in the process of launching some 50 MERMAIDs in the South Pacific to study the mantle plume region under the island of Tahiti.

“Stay tuned! There are many more discoveries to come,” said professor Yongshun (John) Chen, a 1989 Princeton graduate alumnus who is head of the Department of Ocean Science and Engineering at SUSTech, which is leading the next phase of what they and their international team have called EarthScope-Oceans.

Revealing the path of a metallodrug in a breast cancer cell

Scienmag May 28, 2019
Group leader at DTU Biosustain and co-founder of BioPhero, Irina Borodina, was awarded the prestigious 2019 EU…