Memory research: Fruit flies learn their body size once for an entire lifetime 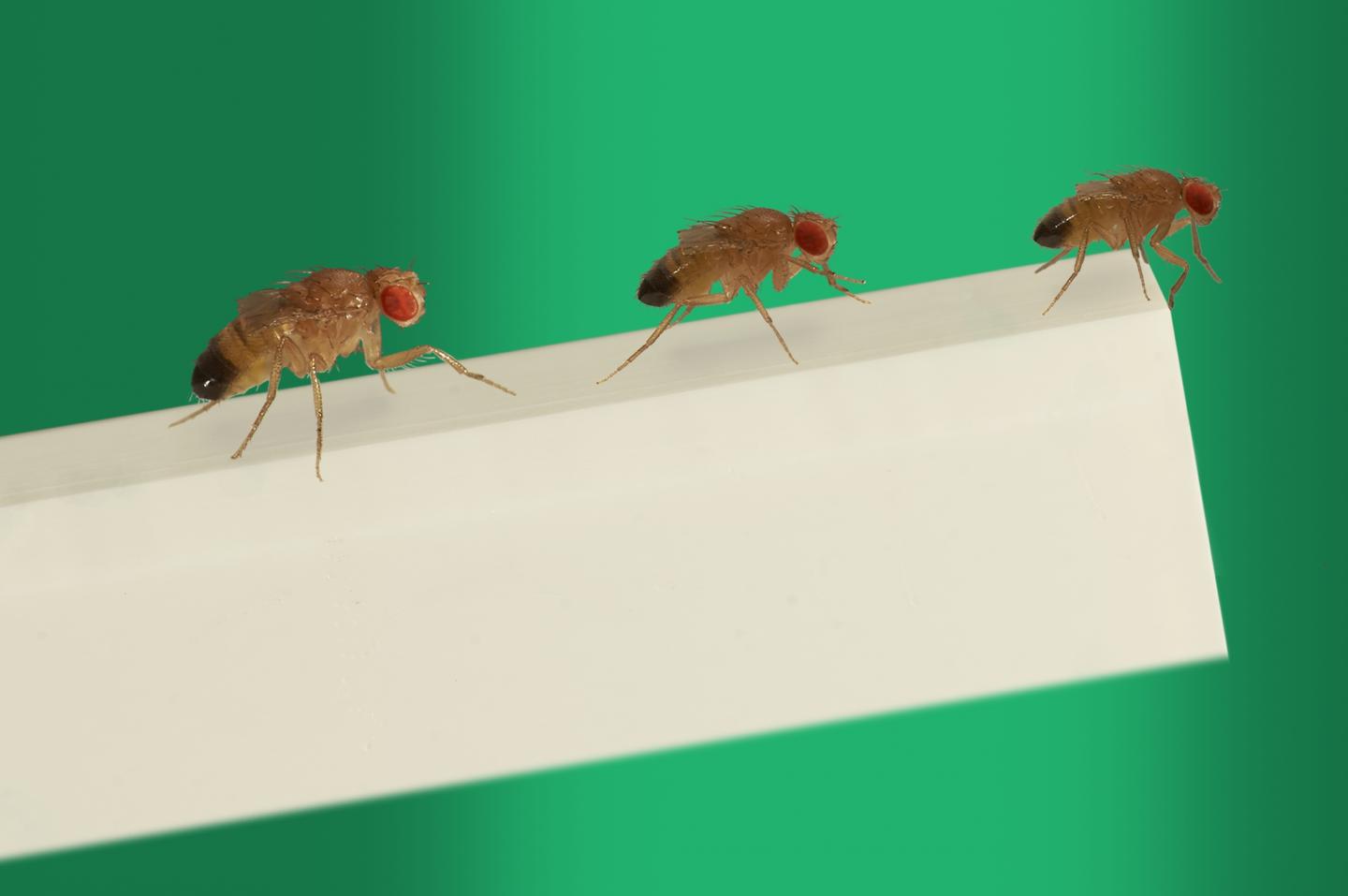 In order to orient themselves and survive in their environment, animals must develop a concept of their own body size. Researchers at Johannes Gutenberg University Mainz (JGU) have shown that the fruit fly Drosophila melanogaster develops a very stable long-term memory for its own body size and the reach of its extremities after it has hatched from the pupal case. The fruit fly acquires this memory through visual feedback obtained when walking, but in the first two hours after training the memory is still susceptible to the effects of stress and not yet firmly anchored. “Once the memory has consolidated, it appears from our observations that it remains intact for life,” said Professor Roland Strauss of the Institute of Developmental Biology and Neurobiology at JGU. “The insects seem to have calibrated themselves for the rest of their lives.” However, it is still puzzling why they are only able to access the acquired knowledge 12 hours after training. The researchers still don’t know what happens in the brain in the interim.

The research group of Professor Roland Strauss uses Drosophila melanogaster to investigate memory retention and consolidation processes that are known to occur to some extent also in humans. Earlier studies have shown that the short-term memory of fruit flies declines with age and that a protein is involved in this process which is similar to that playing a role in humans.

In the new study, Tammo Krause and Laura Spindler analyzed the body-size memory of Drosophila. Fruit flies are insects that undergo a complete metamorphosis. They undergo three larval stages, during which they grow. Finally, at the end of pupation, the mature fruit fly emerges. Due to Drosophila’s hard exoskeleton, the body size can no longer change; it can vary however, as the actual size of a fly is determined by the availability and the quality of food during the larval stages.

“In our recent study, we wanted to find out how the insects acquire information about their body size and remember it later,” explained Tammo Krause and Laura Spindler. They observed how, under various conditions, the insects try to overcome a small gap exceeding their step size. Drosophila displays stereotypical behavior in such situations: In order to initiate the attempt to climb, the insect begins by making search movements with its forelegs lifted over the head. If the gap is far too wide, this typical behavior is not observed. The fly just turns away.

Knowledge of body size is gained through visual feedback

The results show that Drosophila learns to estimate the distance across a gap and the reach of its legs by linking visual information from the environment, such as a striped pattern, with their body size. Newly hatched fruit flies raised in the dark overestimate their body size and try to overcome gaps that are far too big significantly more frequently than animals raised in the usual light-dark cycle. The motion parallax created on the retina by structures in the surroundings when walking is used for the learning process. Another experiment in which the motion parallax was manipulated and artificially reduced during the learning process confirmed this. As a result, the flies underestimated their body size and undertook fewer climbing attempts.

“When fruit flies hatch from the pupal case and move through space, the resulting motion is captured by the eye and the fly can calibrate itself,” explained Professor Roland Strauss. “Once this calibration has occurred, the knowledge is retained for life.” The research team proved this in an additional experiment in which the fruit flies had to spend 21 days in the dark after three days under normal light conditions. Even after this long period, they still undertook the same number of climbing attempts as three-day-old flies. “We therefore assume that memory of their own body size is the most permanent form of recall detected in Drosophila to date,” the two lead authors Tammo Krause and Laura Spindler concluded in their article in Current Biology.

Body memory only available after 12 hours

The neurobiologists discovered additional mechanisms that raise new questions. The consolidation of the memory in the first two hours after training is still stress-sensitive. This means that exposure to stress may cause it to be deleted during that period of time. Once the information learned is anchored, 12 hours must elapse after the end of training before the fruit flies can permanently access it. The researchers would now like to know what happens in the interim and how the information learned actually becomes permanently consolidated in the brain. “We are particularly interested in the epigenetic factors involved in the development of long-term memory. This is something we will be continuing to work on,” said Strauss.

This study was made available online in May 2019 ahead of final publication in print in June 2019.

When do alcohol-dependent mothers parent harshly?