Memory of last meal influences when, how much rats eat next 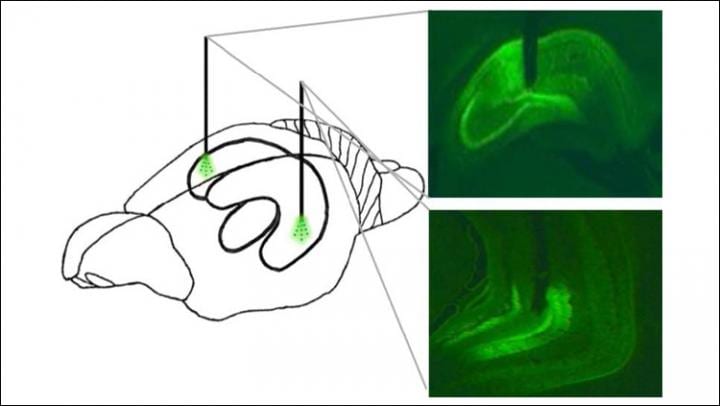 Researchers have identified cells in the brains of male rats that appear to control future food intake by preserving memories of past meals. The study, published in eNeuro, lends support to the idea of boosting meal memories as a strategy for managing overeating.

Preliminary research suggests a role for two areas of the hippocampus in regulating future eating. Reilly Hannapel, Marise Parent, and colleagues found that inhibiting the activity of pyramidal neurons in the dorsal or ventral hippocampus during or after, but not before, a meal caused rats to start their next meal sooner. Interrupting the activity of these cells after the first meal additionally caused rats to consume more food during their next meal even though the activity of these cells was no longer disrupted.

The hippocampal cells manipulated in this study may help consolidate memory of the previous meal, which could serve as a satiation signal that outlasts appetite-regulating hormones to inform future eating behavior. By establishing a mechanism by which the hippocampus regulates eating, these findings could help to explain the link between hippocampal dysfunction and obesity.

eNeuro, the Society for Neuroscience’s open-access journal launched in 2014, publishes rigorous neuroscience research with double-blind peer review that masks the identity of both the authors and reviewers, minimizing the potential for implicit biases. eNeuro is distinguished by a broader scope and balanced perspective achieved by publishing negative results, failure to replicate or replication studies. New research, computational neuroscience, theories and methods are also published.

Science wages a battle against the swine sector’s costliest…