St. Jude Children’s Research Hospital scientists identify a molecule that cells use to interpret and respond to stress and find a possible strategy for taming inflammation associated with diseases like atherosclerosis 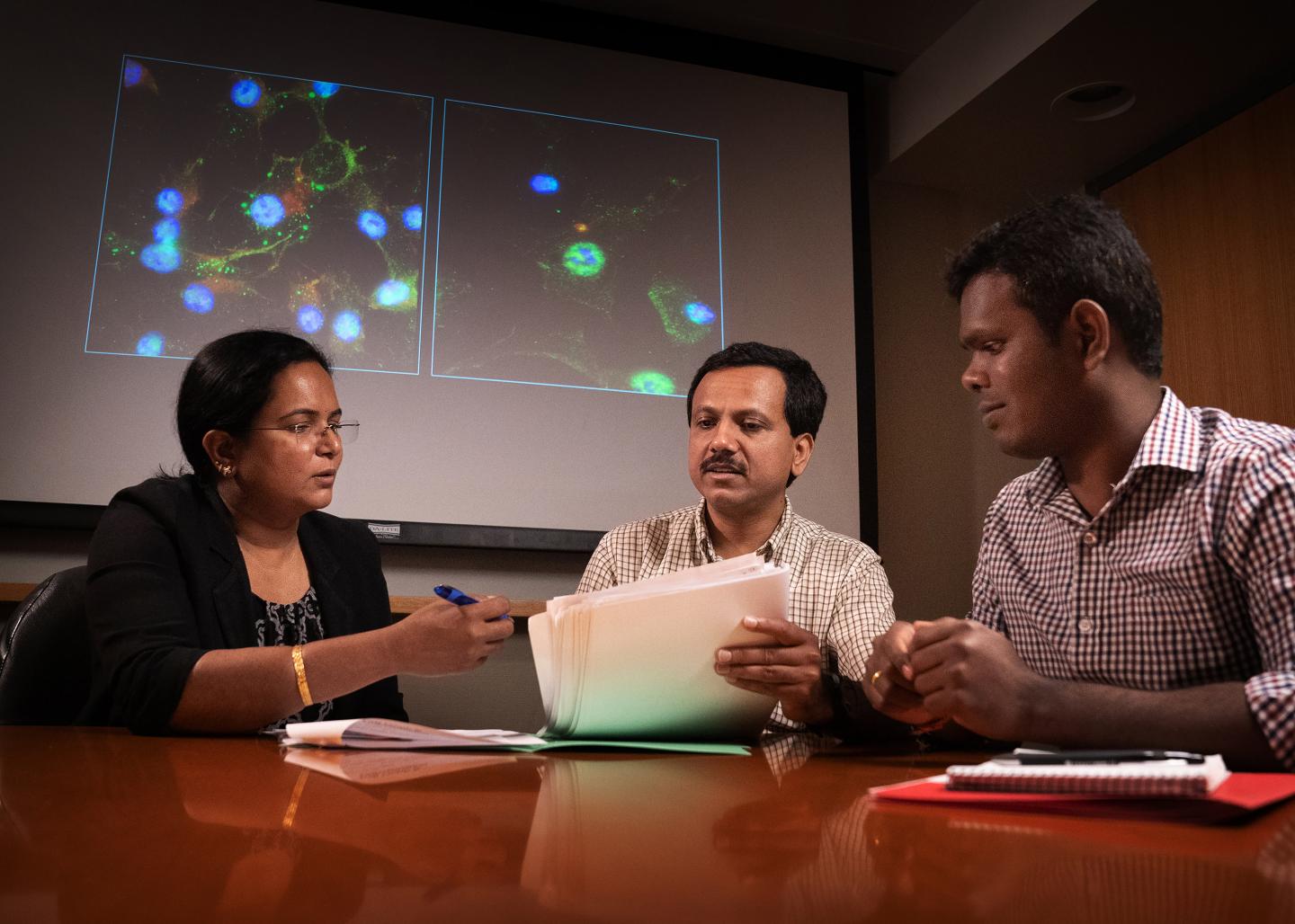 St. Jude Children’s Research Hospital scientists have identified a molecule that plays a pivotal role in determining the fate of cells under stress, much like a Roman emperor deciding the fate of gladiators in the coliseum. The findings appear today in the journal Nature and suggest a possible new approach for treatment of autoinflammatory and other diseases.

The molecule is DDX3X, an enzyme that when mutated is involved in a variety of cancers, such as those of the breast, lung and brain, including medulloblastoma, the most common malignant pediatric brain tumor. DDX3X mutations are also associated with DDX3X syndrome, which is characterized by intellectual disabilities, seizures, autism, poor muscle tone and slower physical development.

Researchers have determined that DDX3X also sits at the crossroads between life and death in stressed cells. The molecule helps regulate the innate immune response, which is part of the immune system’s first-responder system. Investigators reported evidence that the availability of DDX3X influences how cells interpret and respond to various stressors with measures meant to ensure cell survival or cell death.

“The findings make DDX3X an attractive target for designing drugs that modify the stress response and restore balance to prevent chronic inflammation and other diseases,” said corresponding author Thirumala-Devi Kanneganti, Ph.D., a member of the St. Jude Department of Immunology. The co-corresponding author is Richard Gilbertson, M.D., Ph.D., formerly of St. Jude and now of Cancer Research UK Cambridge Institute.

Infections and other stressors activate NLRP3. Activation leads to formation of a membrane-less compartment in cells and secretion of molecules called cytokines that promote inflammation. The process also drives the inflammatory cell death pathway called pyroptosis. Over-activation of the NLRP3 inflammasome gives rise to cancers and autoinflammatory diseases such as atherosclerosis and type-2 diabetes.

Because cells also respond to stress with formation of stress granules, Kanneganti and her colleagues were curious about a possible connection between inflammasome activation and stress granule assembly.

The search led to DDX3X.

Working first in white blood cells called macrophages in the laboratory and then in mice with myeloid cells that lacked the Ddx3x gene, researchers reported for the first time that DDX3X interacts with NLRP3 and promotes inflammasome activation.

Added Kesavardhana Sannula, Ph.D., of St. Jude: “Our model is that formation of stress granules specifically inhibits the availability of DDX3X to activate the NLRP3 inflammasome, inhibiting the pyroptosis cell death pathway.”

Samir and Sannula are both postdoctoral fellows in Kanneganti’s laboratory and, with Deanna Patmore of the Cambridge Institute, are co-first authors of the paper.

St. Jude Children’s Research Hospital is leading the way the world understands, treats and cures childhood cancer and other life-threatening diseases. It is the only National Cancer Institute-designated Comprehensive Cancer Center devoted solely to children. Treatments developed at St. Jude have helped push the overall childhood cancer survival rate from 20 percent to 80 percent since the hospital opened more than 50 years ago. St. Jude freely shares the breakthroughs it makes, and every child saved at St. Jude means doctors and scientists worldwide can use that knowledge to save thousands more children. Families never receive a bill from St. Jude for treatment, travel, housing and food–because all a family should worry about is helping their child live. To learn more, visit stjude.org or follow St. Jude on social media at @stjuderesearch.

Scienmag May 22, 2019
How the performance of cadmium telluride thin-film solar cells is improved by the addition of seleniumCredit: First…