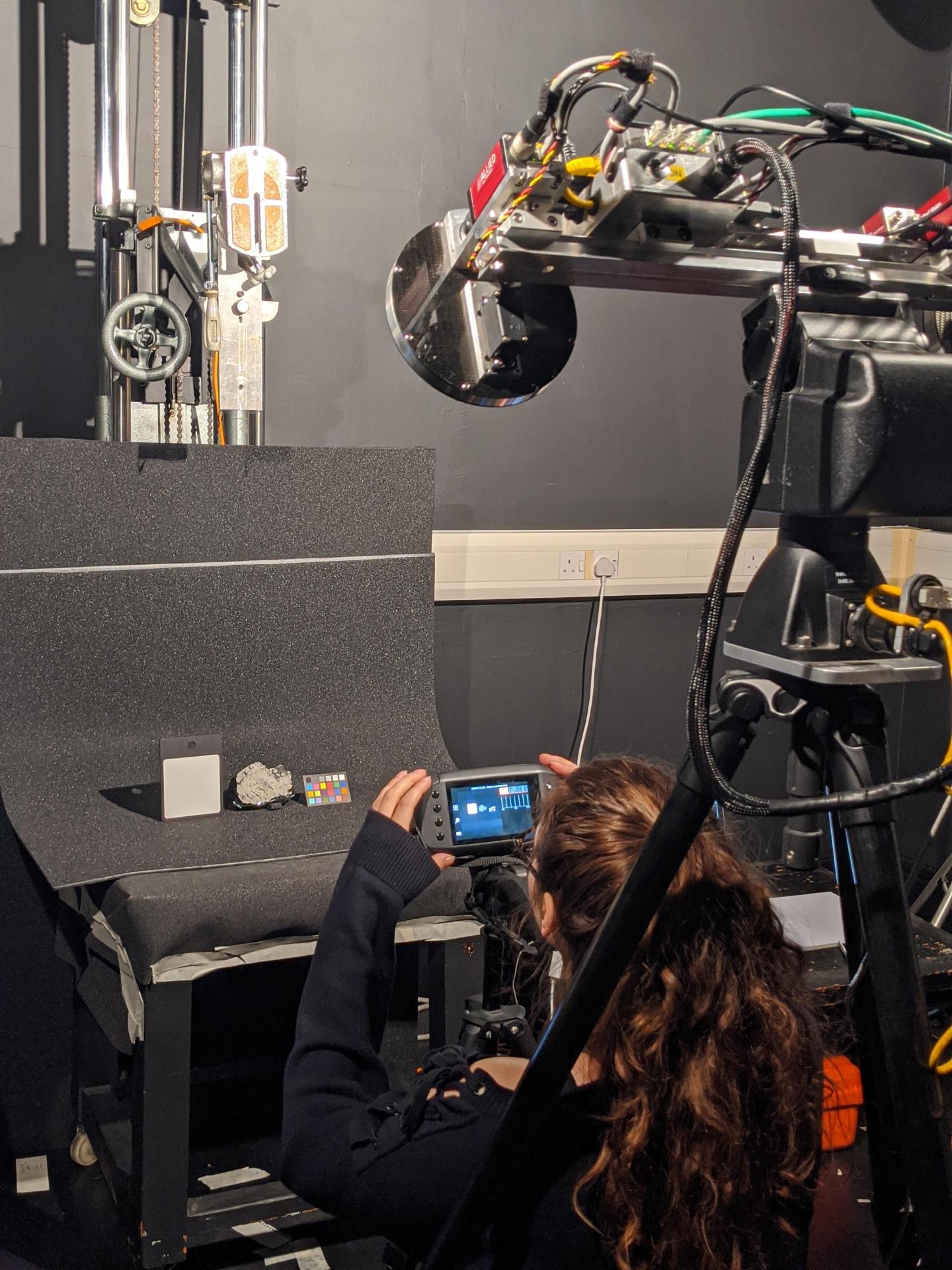 A team at the Natural History Museum (NHM), London is paving the way for future rovers to search for meteorites on Mars. The scientists are using the NHM’s extensive meteorite collection to test the spectral instruments destined for the ExoMars rover Rosalind Franklin, and develop tools to identify meteorites on the surface of the red planet. The project is being presented today (23 July) at the virtual National Astronomy Meeting 2021.

The cratered surface of our nearest planetary neighbour has a long and complex history, and searching for rocks amidst more rocks may seem like a futile activity. Despite this, Martian rovers statistically have a significantly higher ‘find per mile’ success rate than dedicated meteorite hunts on Earth: for every kilometre travelled by a Mars rover, approximately one meteorite is found, even though the rovers have not been specifically looking for them up till now.

However, as part of the European Space Agency’s upcoming ExoMars mission, the next rover – named Rosalind Franklin, after the chemist best known for her pioneering work on DNA – will drill down into the Martian surface to sample the soil, analyse its composition and search for evidence of past or present life buried underground.

Meteorites are important pieces of evidence that can help us understand this story; once a meteorite lands on a planet, it is subjected to the same atmospheric conditions as the rest of the surface. Chemical and physical weathering can provide information on climate weathering rates and water-rock interactions, meteorite sizes and distribution can help to infer information about the density of the atmosphere, and stony meteorites could be a potential delivery mechanism for organic materials to Mars.

“Meteorites act as a witness plate across geological time,” said Sara Motaghian, the PhD student at the NHM and Imperial College London who is carrying out the work. “Generally, the surfaces of Mars we are exploring are incredibly ancient, meaning there have been billions of years for the surface to accumulate these meteorites and lock in information from across Mars’ past.”

The team are looking in particular at the use of multispectral imaging with the PanCam instrument, hoping to be able to highlight features in images that could be associated with meteorites as the rover moves across the surface. They are also investigating the possibility of using pattern recognition techniques to distinguish features such as Widmanstätten patterns, which can be revealed by extreme weathering.

The launch of the ExoMars rover was originally scheduled for 2020, however was delayed until 2022 due to technical issues and growing concerns over the coronavirus pandemic. Once the rover reaches Mars in 2023, the team hope that their work will allow meteorites on the surface to be studied for longer by the Rosalind Franklin rover before it drives on, helping to build a more complete understanding of the Martian surface and its history, if any, of life.