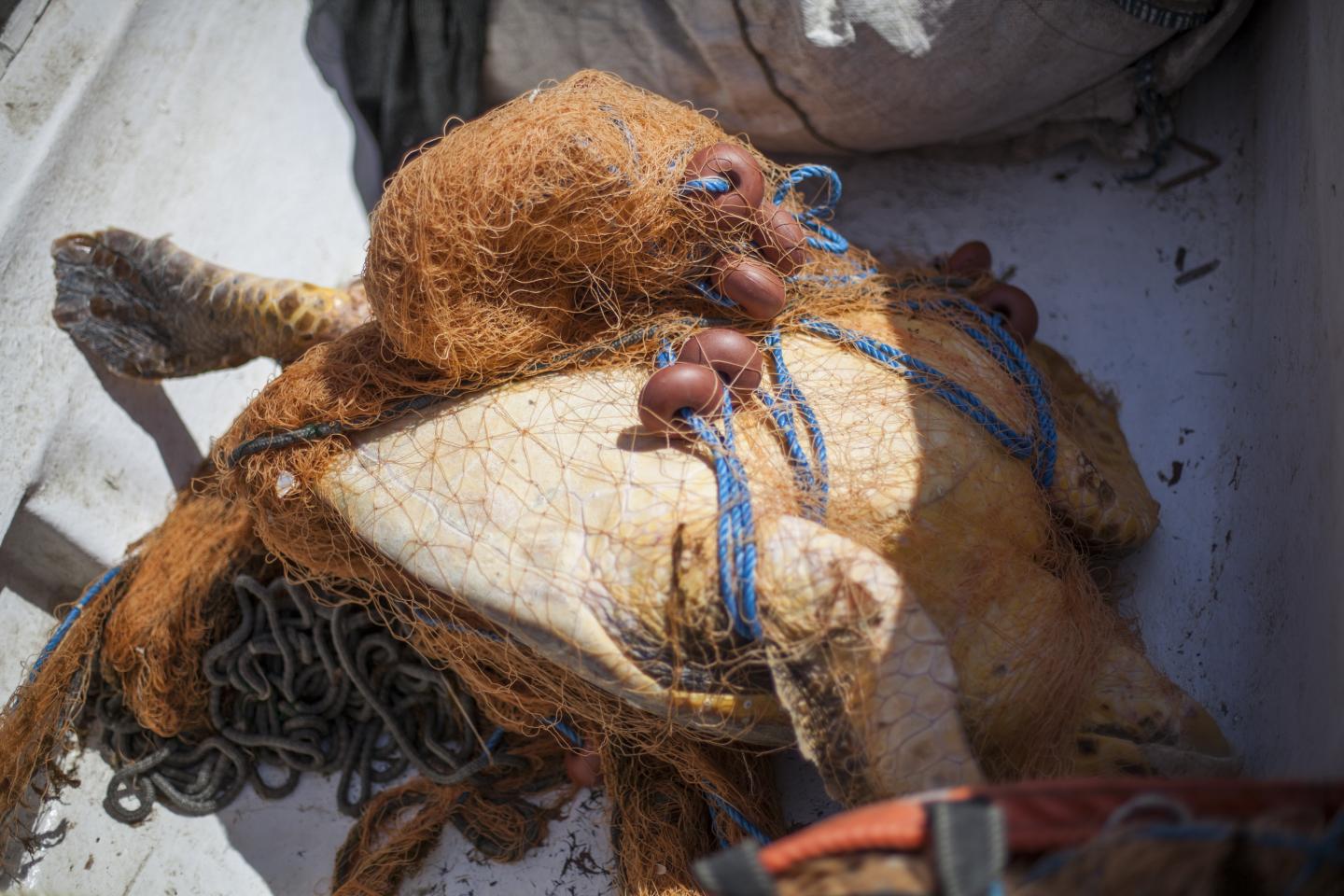 Numbers of two Mediterranean turtle species have risen in the last three decades – but in Cyprus the recoveries are happening at different rates, new research shows.

The research team – from the University of Exeter, the Society for the Protection of Turtles (SPOT) and Eastern Mediterranean University – say the difference is probably due to higher death rates among loggerhead turtles of all ages.

Turtles in this region used to be hunted for meat and shells, but this is now banned throughout the Mediterranean. Coupled with conservation of nesting beaches, this has allowed populations to recover – but the scientists say better protection at sea is still required.

“The recoveries of these populations is very encouraging,” said Dr Lucy Omeyer, of the Centre for Ecology and Conservation on Exeter’s Penryn Campus in Cornwall.

“However, the different rates of recovery suggest loggerheads face additional threats compared to those faced by green turtles.

“The sea grass diet of adult green turtles might partly explain this, as it means green turtles are less likely to be caught as bycatch (accidental catching by fishers), because for most of their lives they live in very specific habitats which are also protected.

“Green turtles are also more likely than loggerheads to return to the same nesting beaches, and stay close to the beach, while loggerheads move around in fishing grounds during the nesting season.”

The study found “stable” rates of reproduction among loggerheads, suggesting that deaths among turtles of all ages (rather than lack of hatchlings) is “impeding the recovery of this species”.

Dr Damla Beton, of SPOT, said: “Our other studies have found that many mature loggerheads die in fisheries when they visit Cyprus to breed, as well as in foraging grounds across the region.

“So, it is not surprising that this mortality is reflected in the nesting trends.

“Better understanding of their movements and the fisheries threats they face could help inform conservation measures such as Marine Protected Areas.”

Despite the recovery among green turtles, their total population in the Mediterranean is estimated at just 3,400 adults, while their main breeding and foraging grounds are restricted to a handful of sites.

The study was supported by the North Cyprus Department for Environmental Protection.