A new drug has proven beneficial in treating a movement disorder commonly associated with Huntington’s disease, according to a recent international study led by UTHealth Houston researcher Erin Furr Stimming, MD, who served as principal investigator on behalf of the KINECT-HD Huntington Study Group. 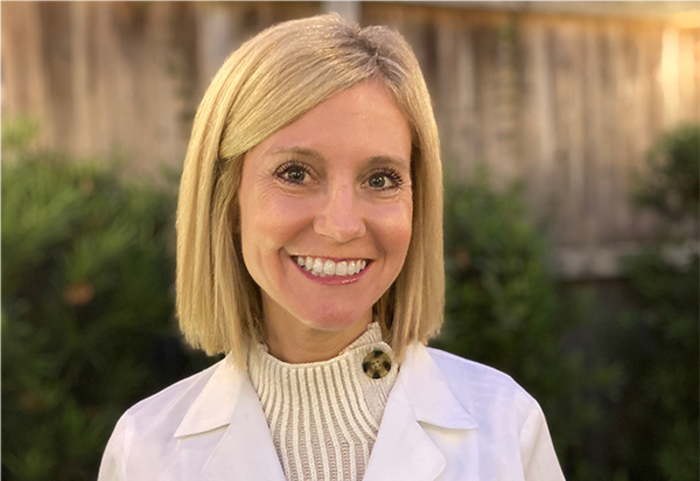 A new drug has proven beneficial in treating a movement disorder commonly associated with Huntington’s disease, according to a recent international study led by UTHealth Houston researcher Erin Furr Stimming, MD, who served as principal investigator on behalf of the KINECT-HD Huntington Study Group.

She reported that valbenazine, a selective vesicular monamine transporter 2 (VMAT2) inhibitor that is not yet approved by the U.S. Food and Drug Administration specifically for Huntington’s disease, was safe and effective when given as a once-daily treatment for chorea in patients with Huntington’s disease. Chorea is an involuntary, irregular movement, and the cardinal motor feature in Huntington’s disease.

“We are thrilled this study yielded positive results. We saw a statistically significant decrease in Huntington’s disease-related chorea in patients taking valbenazine versus the placebo,” said Furr Stimming, who is also director of the Huntington’s Disease Society of America Center of Excellence at UTHealth Houston Neurosciences. “While chorea is not the only symptom our Huntington’s disease patients experience, it can be quite problematic and can contribute to impairment in day-to-day activities like eating and drinking, and can even lead to frequent falls.”

Interestingly, a majority of people with chorea do not receive a medication intended for the symptom, according to a separate abstract also presented by Furr-Stimming, which retrospectively analyzed data from the Enroll-HD dataset, a worldwide observational study that includes more than 20,000 participants in four continents. Chorea was documented in nearly 97% of participants; however, only 36% of these participants were prescribed medications for chorea, despite the availability of FDA-approved medications, such as VMAT2 inhibitors and off-label medications like antipsychotics and benzodiazepines.

“We do not yet have a disease-modifying therapy for Huntington’s disease, and therefore, we must continue to focus on optimizing symptomatic treatments for the motor and nonmotor symptoms of this disease,” she said.

Huntington’s disease is a rare, inherited disease that typically begins in a person’s 30s or 40s, causing nerve cells in the brain to break down over time. About 40,000 Americans have the fatal disease, while another 200,000 are at risk for inheriting the disease. No cure exists, but medications and physical, speech, and occupational therapy can help manage symptoms.

The KINECT-HD study was conducted by the Huntington Study Group, a global not-for-profit organization, together with its wholly owned for-profit subsidiary, HSG Clinical Research, Inc., and in cooperation with the Clinical Trials Coordination Center at the University of Rochester Medical Center’s Center for Health + Technology, with funding from Neurocrine Biosciences, a biopharmaceutical company.