Medicaid expansion is linked with reductions in mortality, according to new USC research

In 2010, the newly passed Affordable Care Act – also known as Obamacare – mandated that states expand Medicaid eligibility to cover millions of uninsured Americans. But when the Supreme Court made Medicaid expansion optional for states, close to half opted out. Today, close to a quarter of states still have not increased access to Medicaid, and Medicaid expansion is now at the center of a national debate about President Biden’s Build Back Better legislation. 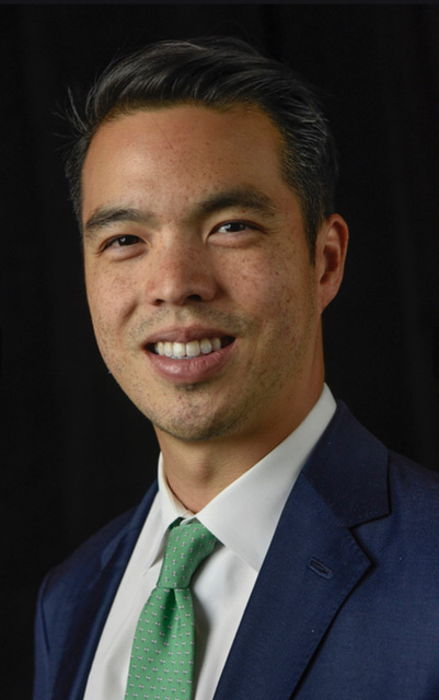 In 2010, the newly passed Affordable Care Act – also known as Obamacare – mandated that states expand Medicaid eligibility to cover millions of uninsured Americans. But when the Supreme Court made Medicaid expansion optional for states, close to half opted out. Today, close to a quarter of states still have not increased access to Medicaid, and Medicaid expansion is now at the center of a national debate about President Biden’s Build Back Better legislation.

Just published research from the Keck School of Medicine of USC sheds new light on that debate. According to a study in The Lancet Public Health, making Medicaid available to more people reduces fatalities. The study shows that expanding Medicaid may result in an overall drop of approximately 3.8 percent in adult deaths each year.

“Using national data to look for results on a population level, we analyzed five federally-maintained registries covering states that have increased Medicaid access as well as those that have not,” said lead researcher Brian P. Lee, MD, MAS, an assistant professor of clinical medicine at the Keck School of Medicine. “We found that Medicaid expansion exerts an influence on mortality rates – and the magnitude of benefit is correlated with the magnitude of expansion.”

The study found that, among 32 expansion states and 17 non-expansion states, Medicaid expansion was associated with nearly 12 fewer deaths per 100,000 adults annually. The findings could have important public policy implications for improving health outcomes and optimizing quality of care.

Implementation of the optional Medicaid expansion began in 2014 and provided health coverage for an additional 12 million Americans. Lee’s study tracked data during the first four years of expansion eligibility, from 2014-2018.

One of the study’s most important findings is that the reduction in all-cause mortality was associated with the state-level reduction in the uninsured population, even in states that did not expand Medicaid.  The findings suggest that increasing the number of people with health insurance is the mechanism driving the improvements in mortality associated with Medicaid expansion.

Although the study showed clear benefits from Medicaid expansion, they varied by state and by disease.

“The reduction in all-cause mortality was most associated with the number of women and non-Hispanic Black residents in each state. States that have chosen not to expand Medicare have higher proportions of poor and Black residents, so they may have the most to gain from adopting Medicaid expansion,” Lee said.

“We showed that Medicaid expansion led to fewer cardiovascular and respiratory deaths, which makes sense: More access to specialty care and prescription drugs likely means fewer deaths related to chronic diseases,” Lee said. “At the same time, the data reveal that expanding Medicaid did not impact cancer-, infection- or opioid-related deaths, which may not be as influenced by preventative care.”

Data on fatalities resulting from complications of opioid use was preliminary, but Lee pointed to it as one of the study’s most interesting findings.

“Certain states – like Delaware, New Hampshire and New Jersey – have actually seen an increase in opioid-related mortality associated with Medicaid expansion. Some people have hypothesized that gaining access to prescription pain medication may result in more opioid-related deaths. Our study shows that hypothesis is something that needs to be explored more definitively,” he said.

However, Lee says there may also be other influences at play.

“We know from experience that, even if they have access to services, patients with substance use disorders may not have access to the right services, or to services in a timely manner,” Lee said. “So, even after we bridge the insurance gap – i.e., covering more people with Medicaid or other health plans – there are probably services gaps that need to be addressed in order to maximize the mortality-related benefits.”

Lee’s study was designed to take multiple factors into consideration. Earlier data had indicated that both the uninsured rate and the mortality rate were already going down prior to Medicaid expansion in 2014. To account for this, Lee and his colleagues conducted a difference-in-differences analysis, controlling for previous trends as a way to establish the accuracy of their findings.

“This allowed us to assess the absolute difference in all-cause and cause-specific mortality after Medicaid expansion,” he said.

Ultimately, the results may inform the work of policymakers nationally and in countries considering changes in access to public health services.

“Continued Medicaid expansion may be a tool for policymakers to address ongoing wealth- and race-disparities, providing a ladder to improved health outcomes and social mobility for these underserved populations,” Lee said.

In addition to Lee, other authors of the study include Jennifer Dodge, MPH, and Norah Terrault, MD, also from USC.

This study was funded in part by the USC Research Center for Liver Disease (P30DK048522).

Founded in 1885, the Keck School of Medicine of USC is one of the nation’s leading medical institutions, known for innovative patient care, scientific discovery, education and community service. Medical and graduate students work closely with world-renowned faculty and receive hands-on training in one of the nation’s most diverse communities. They participate in cutting-edge research as they develop into tomorrow’s health leaders. With 1200 resident physicians across 70 specialty and subspecialty programs, the Keck School is the largest educator of physicians practicing in Southern California.

Medicaid expansion and variability in mortality in the USA: a national, observational cohort study