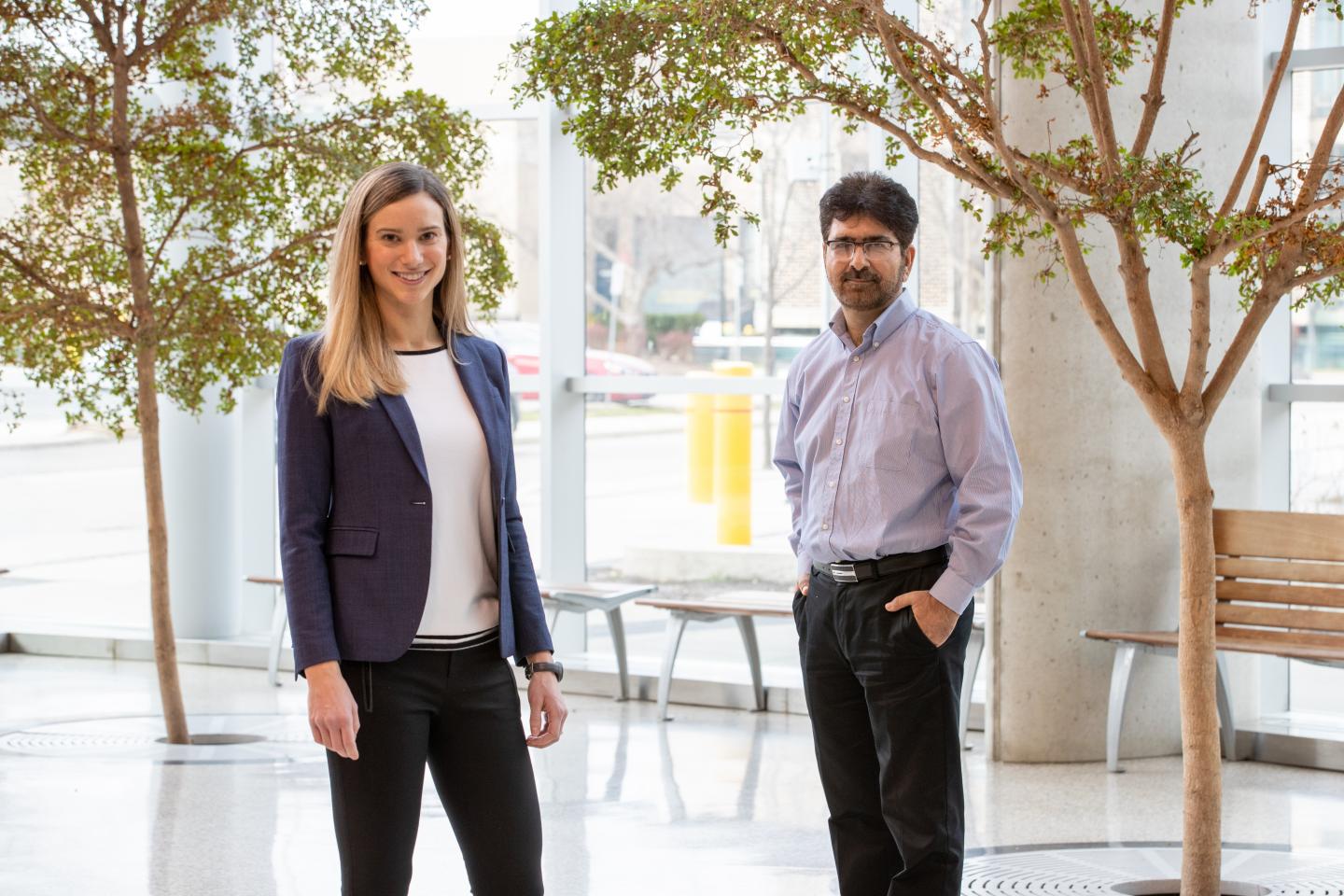 In the past decade cancer immunotherapy has achieved tremendous therapeutic effects in patient with blood cancers. However, the immunosuppressive conditions found inside solid tumours, whose aggressive growth starves surrounding healthy tissues of energy, have until now remained a formidable barrier for immune cell therapies.

“In this study, we discovered that the metabolism, or energy “hub”, of NK cells is paralyzed by tumours, causing the NK cells to undergo an energy crisis and lose their tumour killing functions,” said Poznanski, a McMaster PhD student.

“With that understanding, we were able to reverse the dysfunction of NK cells by repurposing a pre-existing metabolism drug that restored their energy production,” she added.

Poznanski is lead author of the paper published this week in the journal Cell Metabolism and a Vanier Scholar.

While these findings answered the decades-old question of how it is that NK cells are suppressed by tumours, the study has another major discovery.

“Drawing on the old adage ‘To defeat your enemy, you have to think like your enemy’, we additionally discovered that NK cells can be modified to mimic the metabolism of tumours,” Poznanski said.

She added that the modified NK cells proved to be far better adapted for the hostile tumour environment.

“We were just hoping that the modified NK cells would better resist suppression in tumours. We were astounded to see that not only did they show no suppression, but they paradoxically functioned better inside of the tumour than outside of it.”

“This is the first report of an anti-tumour immune cell that exploits the hostility of tumours for their own advantage” said senior author Ashkar, professor of medicine and the Canada Research Chair in Natural Immunity and NK Cell Function.

“Generating cytotoxic immune cells to have tumour-like metabolism is key for their anti-tumour functions in a very hostile environment of a solid tumour. This could be a paradigm shift for immune cell-based cancer immunotherapy.”

So far, NK cells have only proven effective against blood cancers, he said. “The re-programmed and trained NK cells could mean patients with otherwise terminal cancers may have a safe and an effective treatment option. Lung and ovarian cancer are two examples of cancers whose survival rates have remained low over the last 30 or so years.”

He added that immunotherapy with NK cells has already proven safe with few, if any, side effects.

Hal Hirte agrees. He is an associate professor of oncology at McMaster, an author of the study and a medical oncologist for Hamilton Health Sciences.

“This could have real potential for the treatment of ovarian cancer, lung cancer, and other poor prognosis tumours.

“Ovarian cancer, in particular, is one of the most immunosuppressive tumour types which is a major reason survival rates have not improved. The therapeutic effects observed in preclinical models in this study presents a major breakthrough for the field.

“Certainly, the next step is to move this promising therapy to clinical trials in patients, and we plan to have the trials underway soon to test this approach in patients with recurrent ovarian cancer.”

The study received funding from the Canadian Institutes for Health Research and the Juravinski Hospital and Cancer Centre Foundation.