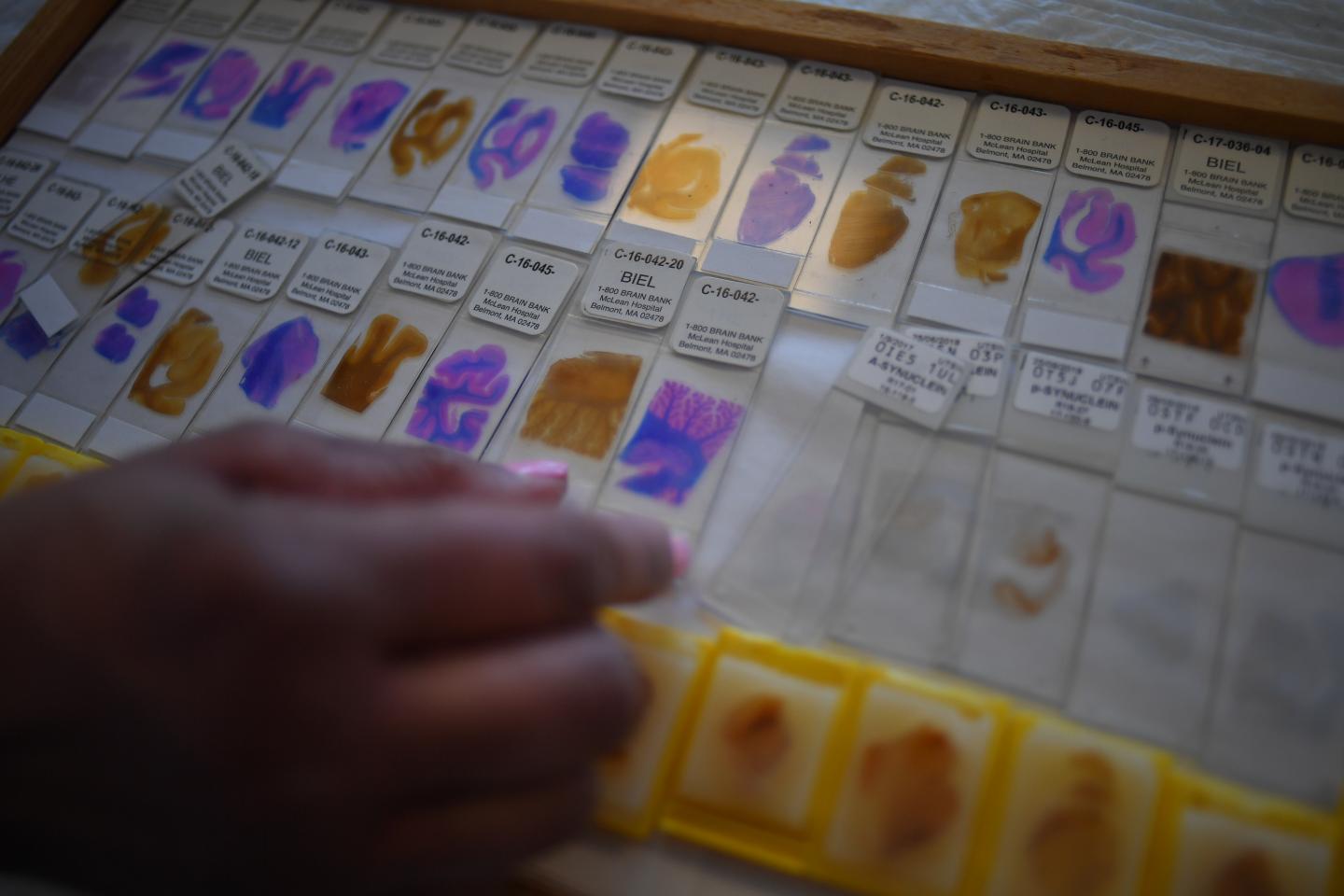 The Harvard Brain Tissue Resource Center at McLean Hospital, known as the Brain Bank, has received a new contract from the National Institutes of Health (NIH) for a total of $12,796,394.

The McLean Hospital Brain Bank is proud to be one of six brain banks that are part of the NIH NeuroBioBank, a national resource for investigators who use postmortem brain tissue and related biospecimens in their research. Since its inception in 1978, the Brain Bank has collected over 9,000 human brain specimens from donors with a variety of neurological and psychiatric disorders as well as from healthy controls.

The new funds will be dispersed over the course of five years under contract 75N95019C00046 from September 1, 2019, through August 31, 2020, with four option years. The funds will be dispensed over time with future year funding dependent on the previous year’s performance and funds availability.

“Research on samples from donors with brain disorders allows us to understand what changes occur in the brains of people who suffer from these conditions and to help develop effective therapies,” said Sabina Berretta, MD, director of McLean Hospital’s Brain Bank and the Translational Neuroscience Laboratory.

Berretta adds that deepening the understanding of the brain pathology of psychiatric disorders also helps combat stigma. “Psychiatric disorders are often mistakenly understood as ‘psychological’ or ‘behavioral’ disorders: conditions without a biological underpinning. This erroneous view leads to the stigma associated with these disorders, which are often seen as character flaws as opposed to what they really are, disorders of the brain–no different than disorders that affect other organs, such as heart conditions.”

The Brain Bank gratefully accepts brain donations from people diagnosed with various brain disorders, such as depression, multiple sclerosis, and Tourette syndrome, as well as from individuals who are not affected by these conditions. The new NIH contract includes a mandate to recover brain donations from people who suffered from substance misuse–particularly opioid use disorder–and from those who died of opioid overdose.

Becoming a prospective brain tissue donor is easy. Any person 18 years of age or older can contact the Brain Bank at 800.BRAIN.BANK (800.272.4622) to learn more about registering to become a donor. The identity of each registered donor will remain strictly confidential. More information and a registration form can be found online.

Each donation is “truly a gift that keeps on giving,” Berretta said, since tissue from one brain is included in hundreds of different studies.

“A brain donation allows our society to improve the human condition by improving treatment of debilitating and common disorders,” she said. “The more we study the human brain, particularly using the powerful technological approaches available in recent years, the more we can understand ourselves.”

McLean Hospital has a continuous commitment to put people first in patient care, innovation and discovery, and shared knowledge related to mental health. In 2017 and 2018, it was named the #1 hospital for psychiatric care in the United States by U.S. News & World Report. McLean Hospital is the largest psychiatric affiliate of Harvard Medical School and a member of Partners HealthCare. For more information, please visit mcleanhospital.org or follow us on Facebook or Twitter.

Evidence of humans, not ‘bots,’ key to uncovering disinformation campaigns