President Joe Biden has named Minerva Cordero, professor of mathematics at The University of Texas at Arlington, a recipient of the Presidential Award for Excellence in Science, Mathematics and Engineering Mentoring (PAESMEM). She is one of only 12 individuals selected for the honor this year. 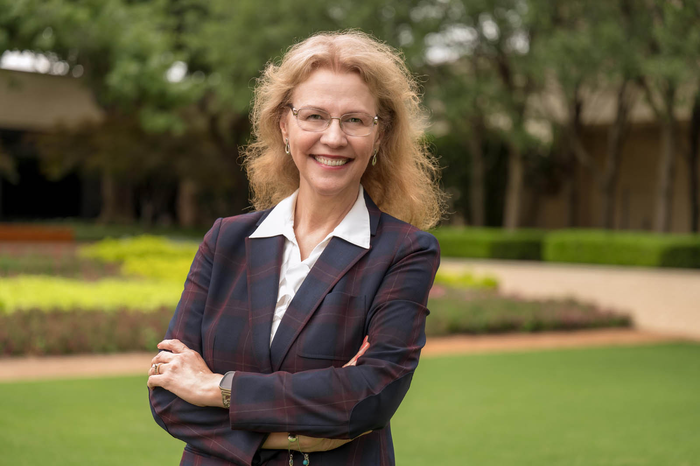 President Joe Biden has named Minerva Cordero, professor of mathematics at The University of Texas at Arlington, a recipient of the Presidential Award for Excellence in Science, Mathematics and Engineering Mentoring (PAESMEM). She is one of only 12 individuals selected for the honor this year.

The national award recognizes the critical roles mentors play outside the traditional classroom in the academic and professional development of the future science and engineering workforce. For Cordero, the award honors the mentors and students in her own life.

“This award would not be possible without the mentors who generously gave their time to my professional development, guiding me on the path to many successes,” Cordero said. “I am privileged to pay their investment forward and mentor many bright, talented students at UTA and within the Dallas-Fort Worth-Arlington communities.”

The PAESMEM program was created to identify and recognize individuals who have contributed outstanding mentoring efforts and have enhanced the participation of individuals who might not otherwise have considered or had access to opportunities in science and engineering disciplines and professions.

Cordero, an expert in finite geometries, has embraced mentoring young people who aspire to careers in science, technology, engineering and mathematics (STEM) fields throughout her career. In 2020, she was selected as an If/Then ambassador by the American Association for the Advancement of Science in recognition of her substantial academic outreach to girls and young women. The initiative, which highlights contemporary female innovators through an exhibition of 3D printed statues, has been touring U.S. cities for nearly two years. Its goal is to provide young women with female role models in STEM fields.

Passionate about diversifying participation in STEM, Cordero has led national and local programs that increase access to science and mathematics curricula. From 2018-19, Cordero served as director for two programs at the National Science Foundation: one to support organizational change to achieve gender equity in STEM and the other to help improve undergraduate STEM education within Hispanic-Serving Institutions such as UTA. Throughout her tenure in the Department of Mathematics, she has spearheaded the development of inclusive mathematics organizations, such as the Association for Women in Mathematics and the Society for the Advancement of Chicanos and Native Americans in Science.

As director of UTA’s Louis Stokes Alliances for Minority Participation Bridge-to-Doctorate (LSAMP BD) program, Cordero mentored a diverse group of Hispanic and African American scholars, many of whom were women.

Mayowa Awe, UTA alumna and director of the inSTEM program at the National Science and Technology Medals Foundation, said Cordero’s support was instrumental to the completion of her doctoral degree.

“Dr. Cordero cultivated a supportive community within the LSAMP BD program, where transparent conversations about stereotypes and other culturally relevant topics were valued and STEM-related skills were sharpened,” Awe said. “She has played a pivotal role in my academic and professional development, and I am a direct testament to her commitment to broaden participation in STEM.”

Jianzhong Su, professor and chair of mathematics, said Cordero’s dedication and generosity has impacted the lives of hundreds of young scientists and mathematicians.

“Dr. Cordero is an outstanding teacher and scholar whose contributions to the next generation of STEM professionals are significant,” Su said. “This award is an immense honor and a testament to the quality of faculty in the Department of Mathematics and at the University.”