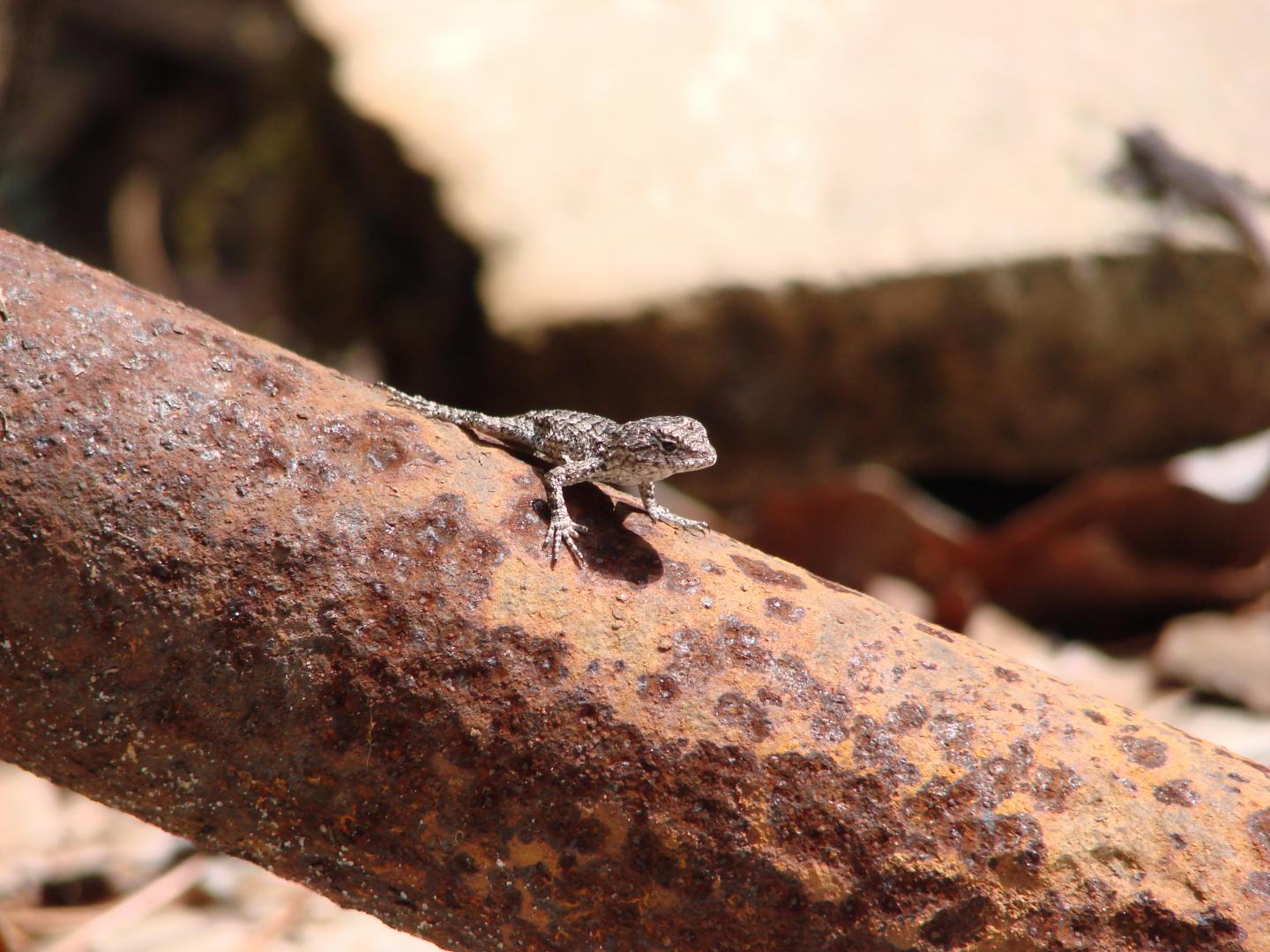 UNIVERSITY PARK, Pa. — Mother fence lizards that experience stress during pregnancy give birth to male offspring with shortened telomeres, or bits of non-coding DNA that cap the ends of chromosomes, according to a Penn State-led study. Shorter telomeres are associated with decreased lifespan in humans; therefore, the team’s findings may have implications for human longevity.

“Human men have shorter telomeres than women, which may partly explain why they have shorter lifespans of about seven years,” said Tracy Langkilde, professor and Verne M. Willaman dean of the Eberly College of Science. “Our study shows that stress experienced by mothers during gestation could further shorten the telomeres, and therefore the lifespans, of their sons, thereby exacerbating these sex differences.”

According to Langkilde, telomeres are short sections of non-coding DNA that cap the ends of chromosomes, like the plastic tips at the ends of shoelaces, and are responsible for protecting genomic integrity. They are known to decrease in length as an organism ages. Stressors, she added, can speed up this process.

“Stressors cause concentrations of the hormone corticosterone to rise; this is supposed to help an organism cope and respond appropriately,” she said. “However, corticosterone can also induce oxidative stress [an imbalance between the body’s free radicals and antioxidants] and decrease telomerase activity, both of which are known to exacerbate telomere shortening. What hasn’t been known is how increased corticosterone in mothers affects telomere length, and thus lifespan, in offspring.”

To examine the effects of maternal corticosterone and offspring telomere length, the researchers captured 22 pregnant female eastern fence lizards (Sceloporus undulatus) from Tennessee and Kentucky and randomly assigned them to one of two groups: those receiving a transdermal treatment of corticosterone or a control group. The team applied the corticosterone in amounts that are similar to those generated by lizards after exposure to a non-lethal attack by a predator or a heat challenge.

From the eggs laid by the mothers, 21 hatchlings were used for the project. The researchers collected blood from these hatchlings at 4-7 days of age. They isolated the DNA from the blood samples and measured telomere length using a quantitative PCR method. Their findings appeared on April 29 in the journal Comparative Biochemistry and Physiology Part A: Molecular & Integrative Physiology.

The team found that the male offspring of corticosterone-treated mothers had telomeres that were more than 20% shorter than those from control mothers. In contrast, the telomere lengths of the mothers were unaffected by the mothers’ exposure to corticosterone. Similarly, the telomere lengths of the female offspring were unaffected.

Estrogen may buffer the telomeres of mothers and daughters from the negative effects of increased corticosterone through its protective effect against oxidative stress and its promotion of telomerase activity, noted Langkilde.

“The connection between corticosterone concentration and telomere length has rarely been examined between generations,” said David Ensminger, National Science Foundation postdoctoral research fellow in biology at UC Berkeley, future assistant professor of physiology at San Jose State University, and former graduate student in ecosystem science and management and in biology, Penn State. “We found a sex-specific effect of maternal corticosterone on offspring telomeres, explained by a tendency for a decrease in offspring telomere length of sons but not daughters.”

Sue Siegel, research professor, Biomarker Core Lab, Department of Biobehavioral Health, said the findings are robust even though the sample size was small.

Other authors on the paper include Dustin Owen, graduate student in biology, Penn State; and Michael Sheriff, assistant professor, University of Massachusetts Dartmouth.