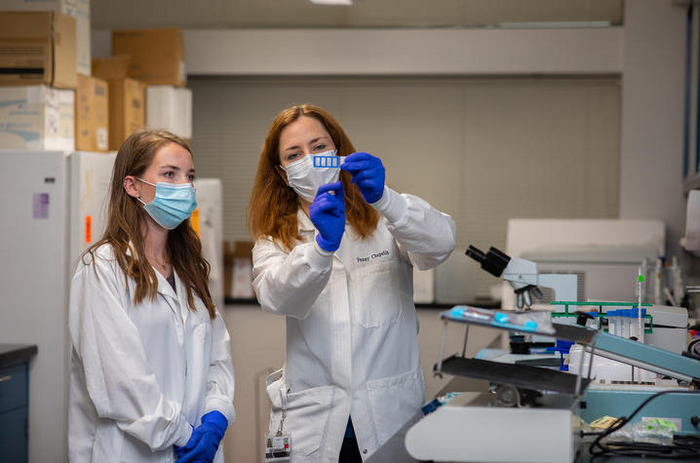 Credit: Photo by University of Kentucky College of Engineering

The $360,000 grant will support a total of nine $40K pilot awards over the three-year funding period, which begins in January 2023.

The award is a renewal of the UK Markey Cancer Center’s IRG, which has been continuously funded since 1985.

“The ACS IRG has helped several UK faculty members advance their research programs over the past few decades,” said IRG principal investigator Kathleen O’Connor, Ph.D., a professor in the UK College of Medicine’s Department of Molecular and Cellular Biochemistry and associate director of cancer education and mentoring at UK Markey Cancer Center.

“The success of our previous ACS IRG awardees in obtaining extramural funding is a testament to the value this program has to advance cancer research,” O’Connor said. “The IRG program has helped to launch impactful research across a number of disciplines required to make progress against cancer including prevention, drug development, biology of cancer cells and health disparities.”

With the IRG funds, Markey will continue to host internal grant competitions for faculty. Three pilot awards will be granted each year for the next three years, with the next cycle opening for applications in early 2023.

Grant applications are reviewed by a panel of UK faculty with expertise in all areas of cancer research. The process will select grants with the highest scientific merit and greatest likelihood of obtaining extramural funding.

Markey’s IRG renewal was announced by the ACS in October, when they approved funding for 89 new Extramural Discovery Science research grants totaling $54.3 million.

The ACS IRG also allows Markey to compete for a Diversity in Cancer Research internship program grant, which has supported the Markey Science Training in Oncology, Networking and professional Growth (STRONG) Scholars Program over the past two years.