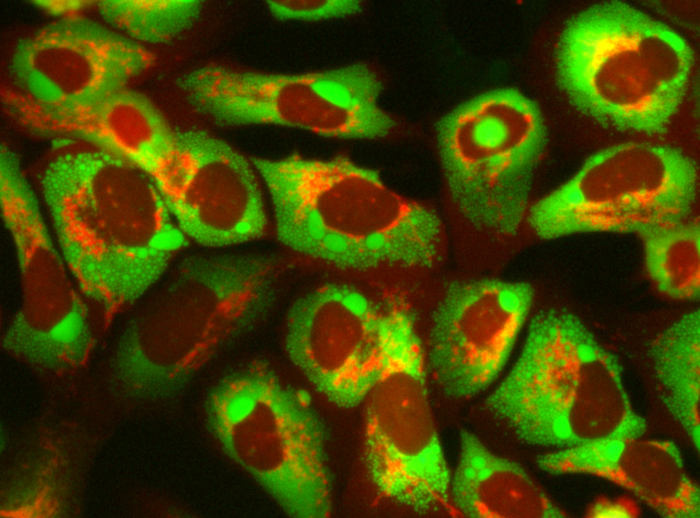 The discovery suggests that it may be possible to develop new therapies for cancer or bacterial infections by taking advantage of this enzyme and similar natural or bioinspired compounds.

Pharmaceutical companies have studied compounds produced by marine sponges as potential anti-cancer therapies since the 1950s, when scientists discovered that one such compound was an effective treatment for a type of blood cancer.

“There are thousands of potential cell-killing compounds produced by marine sponges and other marine organisms, but exactly how they work to destroy cells is still unknown for most of them,” says Sébastien Britton, Principal Investigator at the Institute of Pharmacology and Structural Biology (Institut de Pharmacologie et de Biologie Structurale, IPBS), University of Toulouse, France. Britton is a co-senior author of the study alongside his colleagues Remi Chauvin and Yves Génisson, from the University of Toulouse.

To learn more about the cell-killing mechanisms of these compounds, the researchers focused on the most potent synthetic derivatives called dialkynylcarbinols, which are up to around 1,000 times more active than their sponge-produced natural parents. The team screened human haploid cells for mutations that made them resistant to being killed by dialkynylcarbinols. They found that mutations in a gene related to a human enzyme called HSD17B11 consistently rendered these compounds harmless to the cells.

The team next conducted a series of experiments showing that the HSD17B11 enzyme converts dialkynylcarbinols into an active form which then binds to multiple proteins involved in the ‘quality control mechanisms’ of cellular proteins. As a result, faulty proteins build up in the cells and eventually kill them.

Next, they tested the cancer cell-killing capacity of this HSD17B11-activated chemical on 15 different types of cancer cell. They showed that the compound was particularly effective at killing a rare type of paediatric bone cancer called osteosarcoma. By contrast, cancer cells lacking the HSD17B11 enzyme survived exposure to the compound.

HSD17B11 is just one member of a large family of enzymes called Short-chain Dehydrogenases/Reductases (SDRs), with over 500,000 representatives currently found in all living organisms. To begin exploiting the mechanism they identified, the team designed novel chemicals that were specifically converted into cell-killing compounds by other SDR enzymes, demonstrating the ability of these chemicals to selectively kill cells or organisms expressing a specific SDR.

“Marine sponges may produce these kinds of chemicals to hijack a predator’s enzymes, which in turn convert them into cell-killing compounds,” explains Britton.

“Together, our findings identify an untapped toolbox full of natural and synthetic chemical compounds which could be converted by widespread enzymes into potentially useful drugs. In the future, scientists may be able to use these chemicals to help treat specific cancers, while opening prospects to treat infectious diseases on the same principle.”