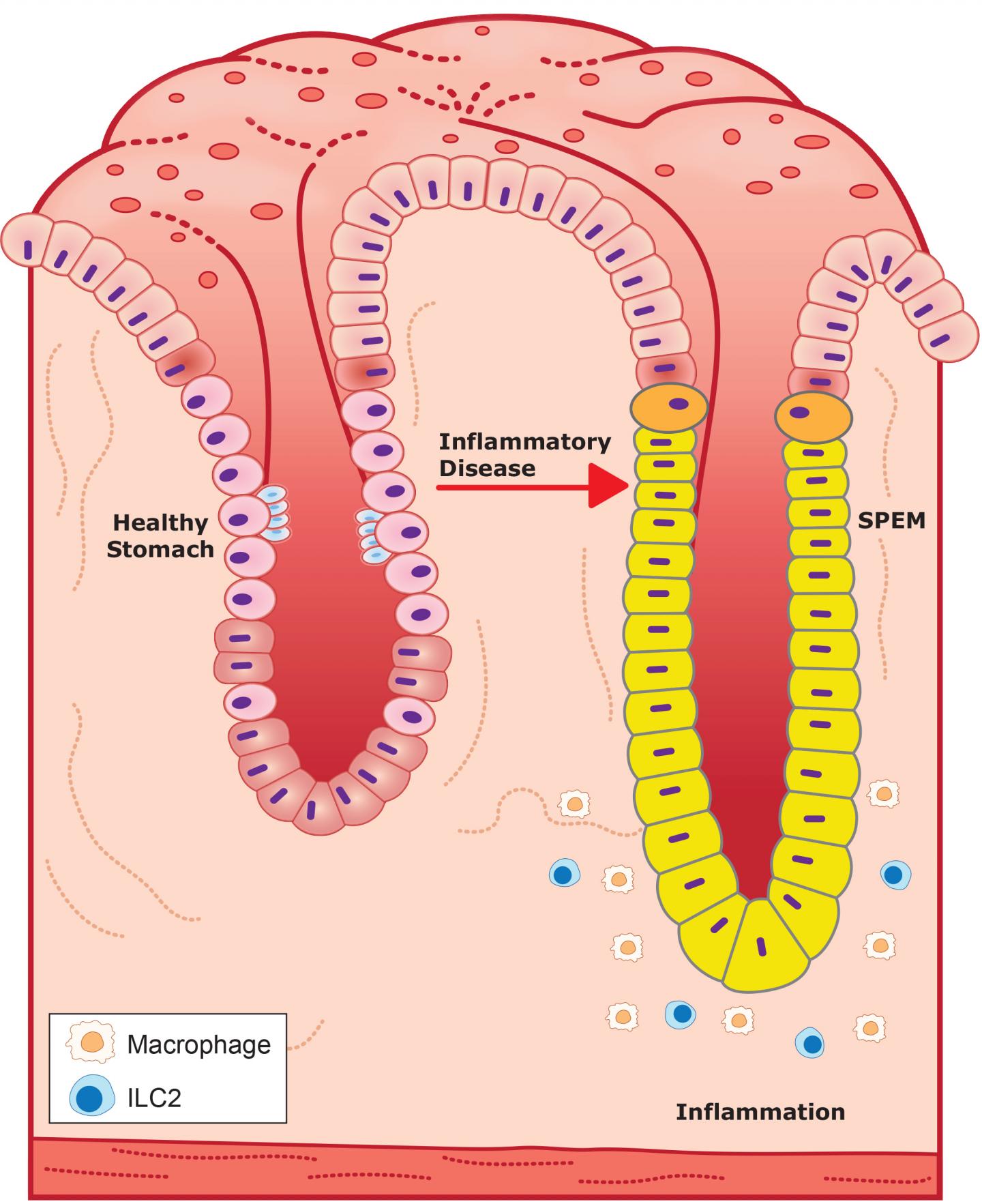 Researchers at NIH’s National Institute of Environmental Health Sciences (NIEHS) made the discovery after removing adrenal glands from mice of both sexes. Adrenal glands produce glucocorticoids, hormones that have several functions, one of them being suppressing inflammation. With no glucocorticoids, the female mice soon developed stomach inflammation. The males did not. However, after removing androgens from the males, they exhibited the same stomach inflammation seen in the females.

“The fact that androgens are regulating inflammation is a novel idea,” said co-corresponding author John Cidlowski, Ph.D., deputy chief of the NIEHS Laboratory of Signal Transduction and head of the Molecular Endocrinology Group. “Along with glucocorticoids, androgens offer a new way to control immune function in humans.”

While this study provides insight into how inflammation is being regulated in males, Cidlowski said additional research is underway to understand the process in females. The scientist handling this phase of research is co-corresponding author Jonathan Busada, Ph.D., assistant professor at West Virginia University School of Medicine in Morgantown. When Busada started the project several years ago, he was a postdoctoral fellow working in Cidlowski’s group.

The current research focused on stomach glands called pits, which are embedded in the lining of the stomach.

“Females only have one layer of protection, so if you remove glucocorticoids, they develop stomach inflammation and a pre-cancerous condition in the stomach called spasmolytic polypeptide-expressing metaplasia (SPEM),” Busada said. “Males have redundancy built in, so if something cuts the glucocorticoid brake line, it is okay, because the androgens can pick up the slack.”

The research also offered a possible mechanism — or biological process — behind this phenomenon. In healthy stomach glands, the presence of glucocorticoids and androgens inhibit special immune cells called type 2 innate lymphoid cells (ILC2s). But in diseased stomach glands, the hormones are missing. As a result, ILC2s may act like a fire alarm, directing other immune cells called macrophages to promote inflammation and damage gastric glands leading to SPEM and ultimately cancer.

“ILC2s are the only immune cells that contain androgen receptors and could be a potential therapeutic target,” Cidlowski said.