Male deer stain their bellies according to their competitive context 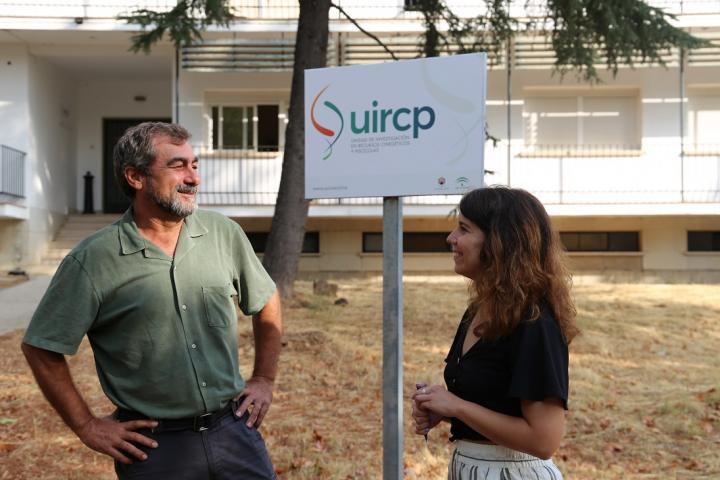 When it is time for mating season, the period when red deer (Cervus elaphus hispanicus) are in heat, the male deer bring out their best weapons in order to maintain their harem, that is to say, in order to win over the greatest number of females they can.

Among the most well-known signals are mating season itself, the size of a deer’s antlers and a deer’s build. Nevertheless, deer also try via other means such as chemical signals, which female deer can detect in poor lighting or at faraway distances. The “dark belly” is one of these chemical signals, as described by the Fish and Game Resources Research Unit at the University of Cordoba, and the one which researchers Eva de la Peña and Juan Carranza were able to examine.

Carranza and de la Peña were able to find a connection between the difference in the compounds permeating the “dark belly” area and the different competitive context of the deer community. By doing so, it can be observed how when a deer is in an intensely competitive situation (in which there are fewer females than males and rivalry is greater), there are more compounds meant for enhancing the signal, that reveal age, dominance range and physical condition. However, when the competitive context is less intense (when there are many females and fewer males), the chemical profiles detected on the stain are similar to those on young individuals. The male deer, in the latter situation, have to make less effort to show their worth.

The compounds that were found, mainly m-cresol, benzoic acid, alcohol and fragrant compounds, are useful to learn more about each individual, but they also communicate a social feature, that being the competitive context of the population being studied.

From an evolutionary biology perspective, this study delves into the line of natural selection as described by Darwin and considers a new element: animals being capable of adjusting their chemical signals not only depending upon their physical condition, but also according to what they see in their social setting.

From this point on, the research group aims to find out what a greater or lesser proportion of each compound really means, what their routes are, what the different protein profiles are and what it takes for the deer to put those compounds in that place. That way they will see the big picture of deer’s “dark bellies.”

Owls against owls in a challenge for survival

Scienmag Mar 5, 2019
Researchers forecast interactions between two owl species and the quality of their habitat in the Pacific…

Technologies and scientific advances needed to track methane levels in…

For hyenas, there’s no ‘I’ in clan