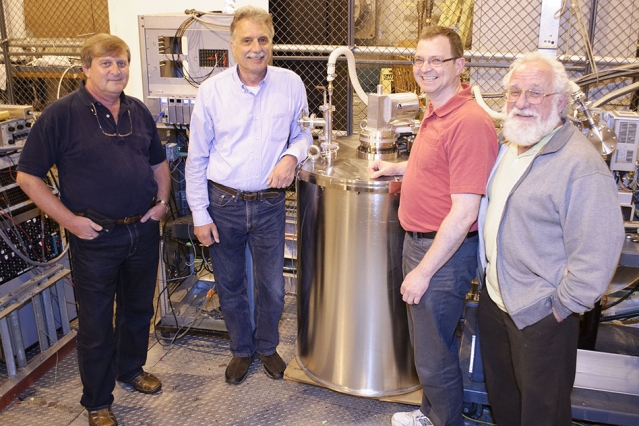 MIT will be the lead research institution in a project to develop ironless superconducting cyclotrons, an effort that will make highly sought-after proton radiotherapy cancer treatment more available. The Institute's Plasma Science and Fusion Center (PSFC) will be collaborating with ProNova Solutions, an organization focused on developing and providing proton-beam technology. A proton beam, when used for cancer treatment, can be more precisely shaped to the size and thickness of tumors than traditional radiotherapy, while considerably reducing damage to surrounding tissue and reducing or eliminating side effects. This type of treatment is especially effective for children with tumors in the brain, head, neck, spinal cord, heart, lungs and other areas that are sensitive to radiation.

Joseph Minervini, head of the Technology and Engineering Division at the PSFC, noted that superconducting cyclotron particle accelerators are increasingly being employed for proton-beam radiotherapy treatment (PBRT). “Using superconductivity in a cyclotron design can reduce its mass an order of magnitude from conventional, resistive magnet machines,” he says. “This significantly lowers the overall cost of the device and surrounding building infrastructure, while also greatly reducing operating costs.”

The PSFC had previously contributed to the development of a very high-field superconducting synchrocyclotron designed to be small and light enough to fit on the beam delivery gantry, thereby eliminating the beam delivery system. MIT patented and licensed important elements of this device, which is currently being sold commercially by a U.S. company. Seeking to make an even lighter version, the PSFC has now conceived a design for a compact superconducting synchrocyclotron that would eliminate all magnetic iron, possibly reducing its current weight by almost another order of magnitude, making it easier to manufacture and more suitable for installation in single-room treatment facilities.

Minervini credits advances in superconducting magnet technology pioneered in the U.S. magnetic confinement fusion program and in the magnetic resonance imaging (MRI) industry with helping to realize this design. “These innovations offer the prospect of reduced weight, smaller accelerator vault volume and enhanced magnetic shielding,” he says. “Also, the linear relationship between the operating current and the magnetic field intensity allows for continuous beam energy variations without the use of an energy degrader. This means the complete contours of a tumor may be accurately irradiated without using an external degrader to vary the penetration depth of the beam. The degraders needed for iron cyclotrons lead to significant beam current losses, as well as nuclear activation of some system components.”

The ironless device will also allow radiation to be delivered in higher doses over a shorter period of time. Furthermore, a single device could be able to accelerate different ion species, giving a wider range of radiotherapy options. For example, carbon atoms, heavier than protons and purportedly more effective, could be used in the future.

ProNova Solutions has developed, patented, and is currently manufacturing the only superconducting proton gantry available in the market, and will participate in this research effort to ensure the superconducting accelerator is designed to meet clinical treatment requirements and to plan for future commercial production.