Making a memory positive or negative

LA JOLLA—(July 20, 2022) Researchers at the Salk Institute and colleagues have discovered the molecule in the brain responsible for associating good or bad feelings with a memory. Their discovery, published in Nature on July 20, 2022, paves the way for a better understanding of why some people are more likely to retain negative emotions than positive ones—as can occur with anxiety, depression or post-traumatic stress disorder (PTSD). 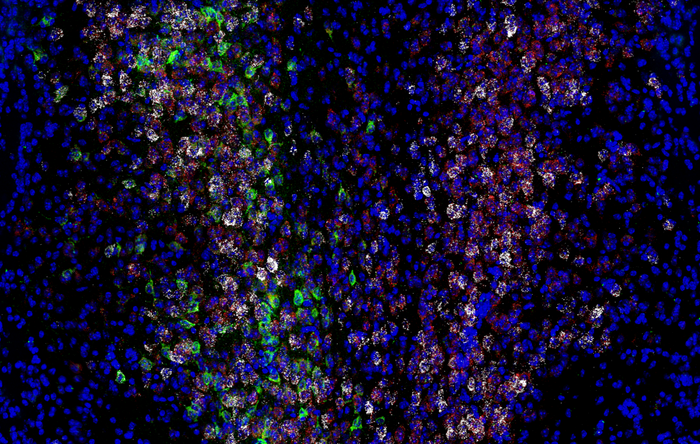 LA JOLLA—(July 20, 2022) Researchers at the Salk Institute and colleagues have discovered the molecule in the brain responsible for associating good or bad feelings with a memory. Their discovery, published in Nature on July 20, 2022, paves the way for a better understanding of why some people are more likely to retain negative emotions than positive ones—as can occur with anxiety, depression or post-traumatic stress disorder (PTSD).

“We’ve basically gotten a handle on the fundamental biological process of how you can remember if something is good or bad,” says senior author Kay Tye, a professor in Salk’s Systems Neurobiology Laboratory and a Howard Hughes Medical Institute Investigator. “This is something that’s core to our experience of life, and the notion that it can boil down to a single molecule is incredibly exciting.”

For a human or animal to learn whether to avoid, or seek out, a particular experience again in the future, their brain must associate a positive or negative feeling, or “valence” with that stimulus. The brain’s ability to link these feelings with a memory is called “valence assignment.”

“We found these two pathways—analogous to railroad tracks—that were leading to positive and negative valence, but we still didn’t know what signal was acting as the switch operator to direct which track should be used at any given time,” says Tye, holder of the Wylie Vale Chair.

In the new study, the researchers homed in on the importance of the signaling molecule neurotensin to these BLA neurons. They already knew that neurotensin is a neuropeptide produced by the cells associated with valence processing, but so are a few other neurotransmitters. So, they used CRISPR gene editing approaches to selectively remove the gene for neurotensin from the cells—the first time that CRISPR has been used to isolate specific neurotransmitter function.

The findings suggest that the brain’s default state is to have a bias toward fear—the neurons associated with negative valence are activated until neurotensin is released, switching on the neurons associated with positive valence. From an evolutionary perspective, Tye says, this makes sense because it helps people avoid potentially dangerous situations—and it probably resonates with people who tend to find the worst in a situation.

In further experiments, Tye and her team showed that high levels of neurotensin promoted reward learning and dampened negative valence, further supporting the idea that neurotensin is responsible for positive valence.

“We can actually manipulate this switch to turn on positive or negative learning,” says co-first author Hao Li, a postdoctoral fellow in the Tye Lab. “Ultimately, we’d like to try to identify novel therapeutic targets for this pathway.”

The researchers still have questions about whether levels of neurotensin can be modulated in people’s brains to treat anxiety or PTSD. They are also planning future studies to probe what other brain pathways and molecules are responsible for triggering the release of neurotensin.