Mobility of skyrmions in geometric structures depends on their arrangement 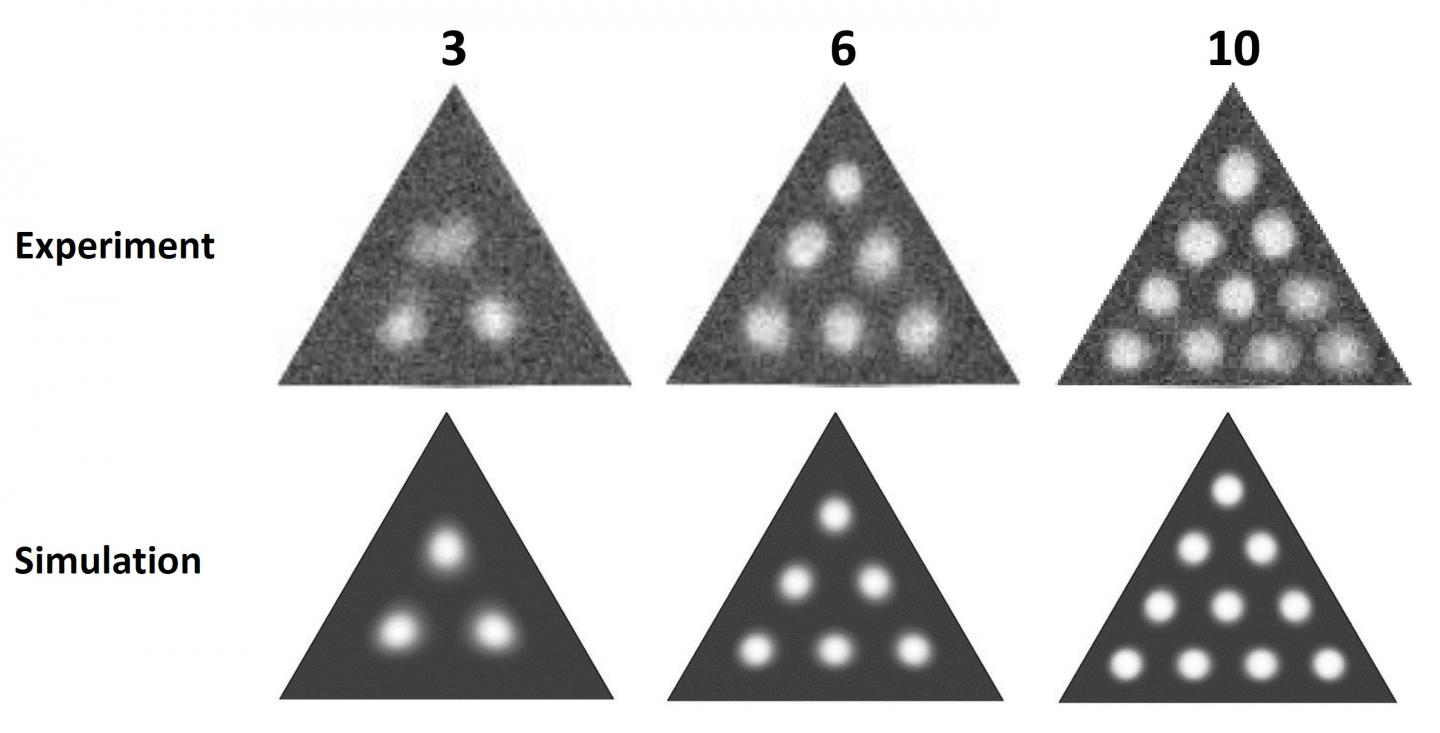 In a close collaboration between experimental and theoretical physicists at Johannes Gutenberg University Mainz (JGU), the research groups of Professor Mathias Kläui and Dr. Peter Virnau investigated the behavior of magnetic whirls within nanoscale geometric structures. In their work published in Advanced Functional Materials, the researchers confined small magnetic whirls, so-called skyrmions, in geometric structures. Skyrmions can be created in thin metal films and have particle-like properties: They exhibit high stability and are repelled from each other and from specially prepared walls. Experiments and accompanying computer simulations showed that the mobility of skyrmions within these geometric structures depends massively on their arrangement. In triangles, for example, three, six, or ten skyrmions arranged like bowling pins are particularly stable.

“These studies lay the foundation for the development of novel non-conventional computing and storage media based on the movement of magnetic vortices through microscopic corridors and chambers,” explained Professor Mathias Kläui. The research was funded by the Dynamics and Topology (TopDyn) Top-level Research Area, which was founded in 2019 as a collaboration between Johannes Gutenberg University Mainz, TU Kaiserslautern, and the Max Planck Institute for Polymer Research in Mainz. “This work is an excellent example for the interdisciplinary cooperation between simulation and experiment, which was only made possible by TopDyn’s funding,” emphasized Dr. Peter Virnau.