Lung cell transplant boosts healing after the flu in mice

The method is also applicable in other models of lung injury, according to School of Veterinary Medicine researchers 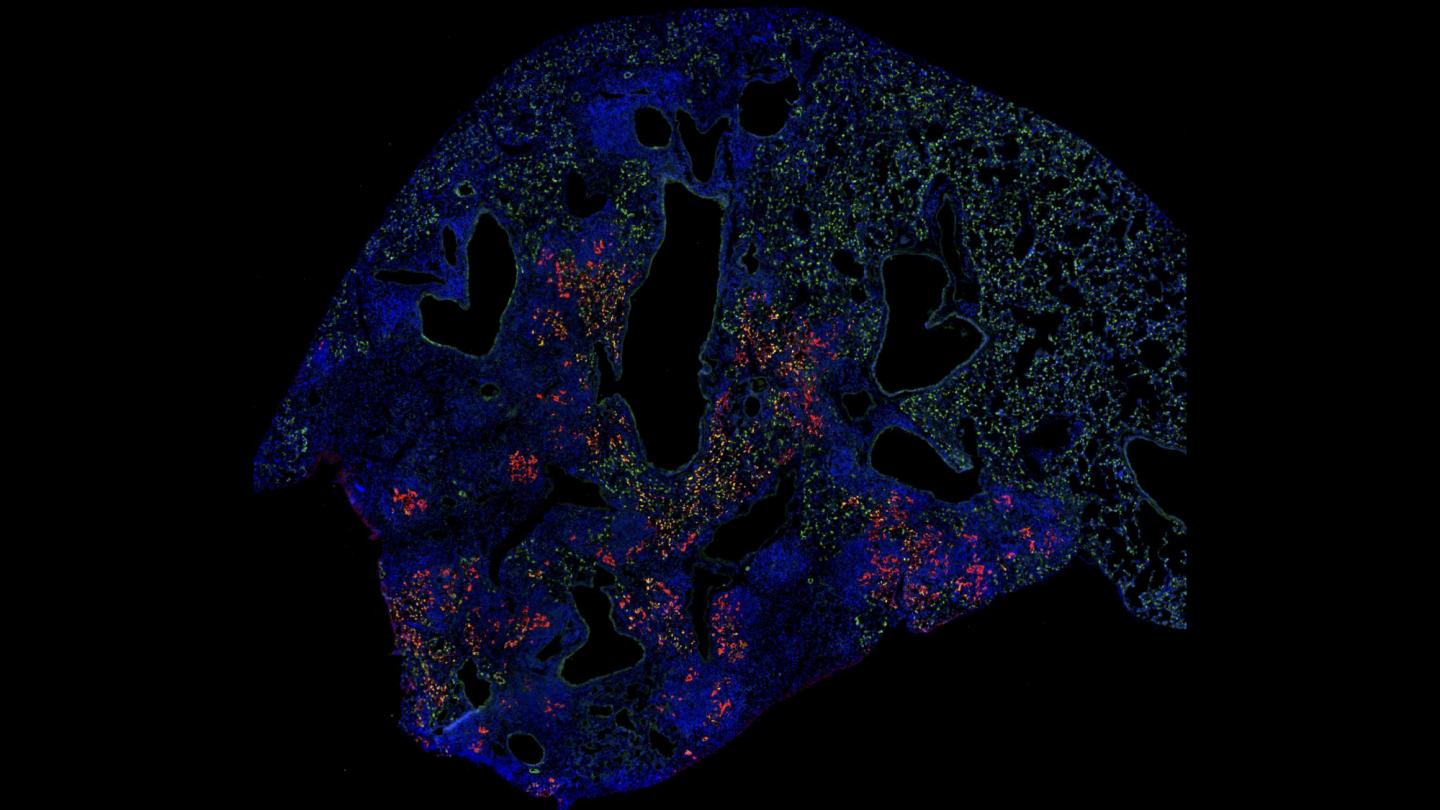 Some cases of the flu are so severe they cause lasting injury to the lungs. New research from the University of Pennsylvania now points to a strategy that may one day offer protection against this damage.

The scientists found that transplanting a certain type of lung cell from healthy mice to those that had been injured by an infection with influenza could improve healing. The transplant–achieved by taking specialized lung cells called alveolar type-two (AT2) cells from the healthy animals and then allowing the sick animals to simply breathe in the cells–led to improved blood-oxygen levels.

“We took this really simple approach,” says Andrew Vaughan, senior author on the paper and an assistant professor in Penn’s School of Veterinary Medicine, “and asked if we could supplement back these AT2 cells into injured mice, can we make them better, can we improve lung regeneration?”

“Imagine if this were in humans,” adds Aaron Weiner, lead author on the study and a graduate student in Vaughan’s lab. “If there were a bad flu season coming up, it could be routine to say, can you take some of my AT2 cells, grow them up for me, and if I get sick you can just put them back in to help me recover. That biobank idea is what we’re imagining.”

The study appears in the journal Regenerative Medicine.

Earlier work by Vaughan and colleagues had focused on the negative outcomes that can arise following injury to the lung, such as a serious infection. In the current investigation, they attempted to recreate a healthy recovery in mice that had been infected with the flu. The healing process involves AT2 cells, which normally produce surfactant, a substance that lowers surface tension in the lung’s alveoli to ensure proper function. But AT2 cells can also take on a stem cell-like activity, able to both self-renew and to give rise to alveolar type 1 (AT1) cells, which are responsible for gas exchange in the lungs.

Weiner, Vaughan, and colleagues decided to try to take advantage of this ability of AT2 cells to see if they could aid healing.

They first developed a method to grow AT2 cells taken from healthy mice in culture, and then transplant those cells into mice 11 days after being infected with influenza. Nearly two weeks after the transplant, the researchers found that the cells had grown in the recipient’s lungs but either remained as AT2 cells or developed markers associated with unhealthy regeneration.

Trying a different tack, the team took roughly a million AT2 cells isolated from healthy mice and directly transplanted them to sick ones. This approach had more success.

“Only a few thousand of the cells stick around in the lungs,” says Weiner. “But the important thing we show is that two weeks after we transplant these cells, we see these huge engraftments where the AT2 cells have proliferated a ton and differentiated into the oxygen-exchanging AT1 cells.”

“If you weren’t looking for the fluorescent tag that we put on the transplanted cells, you wouldn’t even be able to distinguish them from the normal tissue,” Vaughan says.

“These engraftments are very long-lived,” Weiner notes. “One hundred days after the transplant, we find engraftments that are really robust and maintain the cell lineage and have presumably helped in some way for the mice to get better.”

As a final test of their methods, the team transplanted AT2 cells into mice that had experience other types of lung injury, including acid inhalation, chemotherapy exposure, and bacterial pneumonia.

“To our surprise it worked really well in two of the three injury models we tested,” Vaughan says. They saw robust engraftment after both acid inhalation and chemotherapy, though not for bacterial pneumonia.

The researchers are following up on their findings with work that looks at the molecular signals that may be encouraging the transplanted cells to stick around after transplant and encourage healthy changes in the lungs. They’re also collaborating with colleagues to try to use human cells in a mouse model with an eye toward seeing whether a similar therapy could eventually be translated to use in people.

Andrew E. Vaughan is an assistant professor in the Department of Biomedical Sciences in the University of Pennsylvania School of Veterinary Medicine.

Aaron I. Weiner is a doctoral candidate in the Vaughan laboratory at the University of Pennsylvania.

The study was supported by the National Institutes of Health (Grant HL131817).

Combination of wood fibers and spider silk could rival plastic

Scienmag Sep 16, 2019
The unique material outperforms most of today's synthetic and natural materials by providing high strength and…

Extreme heat — and maybe a virus — wiped out Cambodian…