NOVEMBER 17, 2022, NEW YORK – A Ludwig Cancer Research study has revealed a single protein expressed at high levels by cancer cells across a broad range of malignancies that erects a multifaceted barrier to anti-cancer immune responses in mouse models of cancer and so shields tumors from immune detection and destruction. 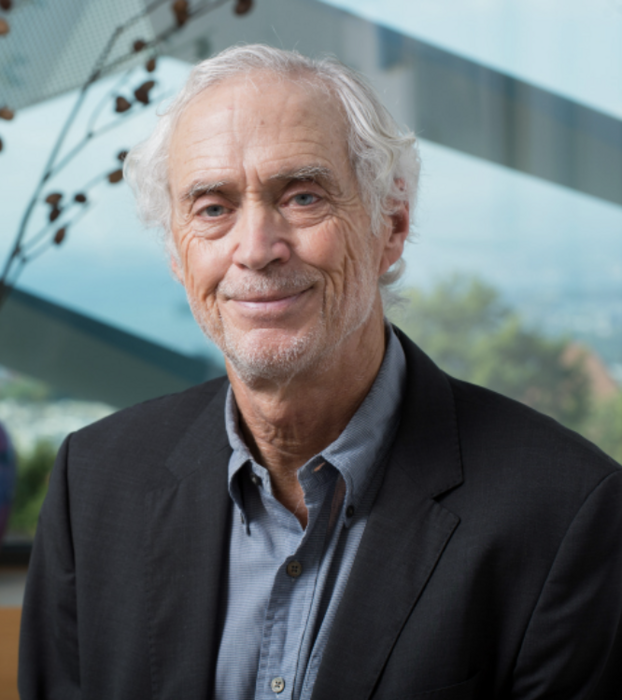 NOVEMBER 17, 2022, NEW YORK – A Ludwig Cancer Research study has revealed a single protein expressed at high levels by cancer cells across a broad range of malignancies that erects a multifaceted barrier to anti-cancer immune responses in mouse models of cancer and so shields tumors from immune detection and destruction.

Led by Ludwig Lausanne’s Douglas Hanahan, two former scientists in his lab Qiqun Zeng and Sadegh Saghafinia, and graduate student Agnieszka Chryplewicz, the study also describes a signature of gene expression induced by the protein, named FMRP, that encompasses 156 distinct genes and predicts poor patient survival across multiple types of cancer. The findings, reported in the journal Science, could with further development inform the selection of patients likely to benefit from immunotherapies and the development of new therapies of this kind for multiple types of cancer.

“Our study has detailed a previously unknown and apparently common mechanism by which malignant cells shut down anti-cancer immune responses,” said Hanahan, distinguished scholar at the Ludwig Institute for Cancer Research Lausanne Branch. “We have shown that the hyperexpression of FMRP, which we and others have previously linked to tumor progression, doesn’t directly drive cancer cell proliferation and tumor growth. Rather, it supports the ability of malignant cells to manipulate the types and functional states of immune cells around them in a manner that very effectively subverts immune attack.”

A protein primarily expressed in neurons, FMRP has been extensively studied as a factor whose loss of expression during embryogenesis is associated with the neuro-developmental disorder fragile X syndrome, which causes severe intellectual disability. Functionally, FMRP is known to help stabilize the messenger RNA readouts of genes in cells and to regulate translation of that information into proteins. But its role in cancer progression was less clear.

The researchers began by showing that FMRP levels are elevated across multiple types of tumors. To examine its function in cancer, they applied CRISPR-Cas9 gene editing to delete FMR1, the gene that encodes FMRP, in mouse cancer cell lines. They then used the engineered cell lines to generate mouse models of pancreatic, colon, melanoma and breast tumors and compared them to matching tumors that retained their FMR1 genes, using mice that either had or lacked intact immune systems.

While all tumors grew similarly in culture and in immunodeficient mice, the ones that lacked the FMR1 gene were severely impaired in mice with competent immune systems. They were also heavily infiltrated with helper and cytotoxic T cells, which play a central role in anti-cancer immunity. Those with intact FMR1 genes, on the other hand, progressed aggressively and were by comparison so-called “immune deserts”—devoid of anti-tumor T cells. When T cells were removed from the FMR1-deficient tumors, they resumed growth, suggesting that FMRP supports tumor progression through its effects on the immune response.

The researchers discovered that the gene-expression program regulated by FMRP in cancer cells activates multiple mechanisms of defense that support immune evasion.

Among these is the release of factors that variously promote the induction of regulatory T cells—which suppress the activity of cytotoxic T cells—or reprogram immune cells known as the macrophages into a functional state in which they support the growth and survival of cancer cells instead of their destruction, largely by pacifying T cells.

The loss of FMRP in cancer cells, meanwhile, not only reversed their immunosuppressive effects but also induced their secretion of a factor that attracts T cells. Additionally, the FMRP-deficient cancer cells released signals that instructed tumor-infiltrating macrophages to adopt a stimulatory program that helped recruit and activate tumor-killing T cells.

While FMRP expression itself isn’t a reliable prognostic biomarker for cancer outcomes, the researchers report that a signature of gene expression reflecting the regulatory network it induces consistently predicts relatively poor odds of survival in multiple types of cancer.

“We are hopeful that these discoveries can be translated into diagnostics and therapies of benefit to cancer patients, as the hallmark capability of cancers to circumvent immune responses underlies the resistance of many tumor types to immunotherapy,” said Hanahan. To that point, the researchers have spun off a company named Opna Bio that is developing cancer drugs targeting FMRP and the pathways through which it exerts its effects.

Hanahan is also an Emeritus Professor and Former Director of the Swiss Institute for Experimental Cancer Research (ISREC) within the Swiss Federal Institute of Technology Lausanne (EPFL).

Ludwig Cancer Research is an international collaborative network of acclaimed scientists that has pioneered cancer research and landmark discovery for more than 50 years. Ludwig combines basic science with the ability to translate its discoveries and conduct clinical trials to accelerate the development of new cancer diagnostics and therapies. Since 1971, Ludwig has invested nearly $3 billion in life-changing science through the not-for-profit Ludwig Institute for Cancer Research and the six U.S.-based Ludwig Centers. To learn more, visit www.ludwigcancerresearch.org.