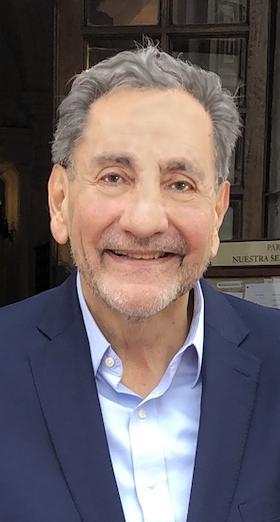 New Orleans, LA – Research led by Nicolas Bazan, MD, PhD, Boyd Professor and Director of the Neuroscience Center of Excellence at LSU Health New Orleans School of Medicine, found a new mechanism by which a class of molecules his lab discovered may protect brain and retinal cells against neurodegenerative diseases like age-related macular degeneration and Alzheimer’s. Results, published online in PNAS, identify elovanoids as a potential new therapeutic approach for these devastating conditions.

“It is the first report that elovanoids are potential senolytic therapies because they target and dramatically arrest gene expression engaged in cell disturbances, including senescence gene programs and retina cell death in conditions that recapitulate retinal degenerative diseases,” notes Dr. Bazan, who also hold the Ernest C. and Yvette C. Villere Chair of Retinal Degenerative Diseases at LSU Health New Orleans. “Since the retina is key in age-related macular degeneration and is an integral part of the nervous system, the reported discoveries are also applicable to Alzheimer’s disease and other neurodegenerative conditions.”

As humans age, cells gradually function more sluggishly and eventually become senescent, losing their ability to divide and renew. While senescence can be beneficial earlier in life by among other things, aiding wound healing and preventing tumor development, at older ages, tissues become littered with these dysfunctional cells, which then attract inflammatory immune cells. Along with accumulations of the toxic protein, Amyloid beta in brain and retinal tissues, the resultant chronic inflammation can lead to brain and photoreceptor cell death and the development of neurodegenerative diseases.

In experimental models of age-related macular degeneration (AMD) and Alzheimer’s disease, Bazan’s team found that elovanoids (bioactive chemical messengers made from omega-3 very long-chain polyunsaturated fatty acids) counteracted these processes. These novel compounds target senescence genes, a key senescence protein, and the expression of senescence-related genes in the retinal pigment epithelial cells. Elovanoids also restored the structure and integrity of both the retinal epithelial and photoreceptor cells after being damaged by amyloid beta. Overall, they foster repair, remodeling and regeneration.

“We demonstrate in the paper that the elovanoids block these events and foster the survival and function of these cells,” Bazan adds.
The incidence of blinding retinal diseases and cognitive-decline is rising due to longer life expectancy. The magnitude of these illnesses is exacerbated since the consequences of several neurological conditions could set in motion dementia-like states such as stroke, traumatic brain injury, etc.

Although the paper shows that elovanoids are protective for retina and likely brain as well, Bazan cautions that “further research is needed, particularly by using these models to define the intimacy of the gene transcription of senescence and the epigenomic implications of these findings.” He reasons that his lab is now “poised to define further novel unifying regulatory mechanisms that sustain health span during aging and neurodegenerative diseases.”

This study was supported by the National Institutes of Health/National Eye Institute grant R01 EY005121 and the Eye Ear Nose & Throat Foundation.

“A challenge of civilization is to slow down age-related decline and to be able to maintain quality of life, successful aging if you will,” Bazan concludes.

‘Immunizing’ quantum bits so that they can grow up

New results for the mass of neutrinos