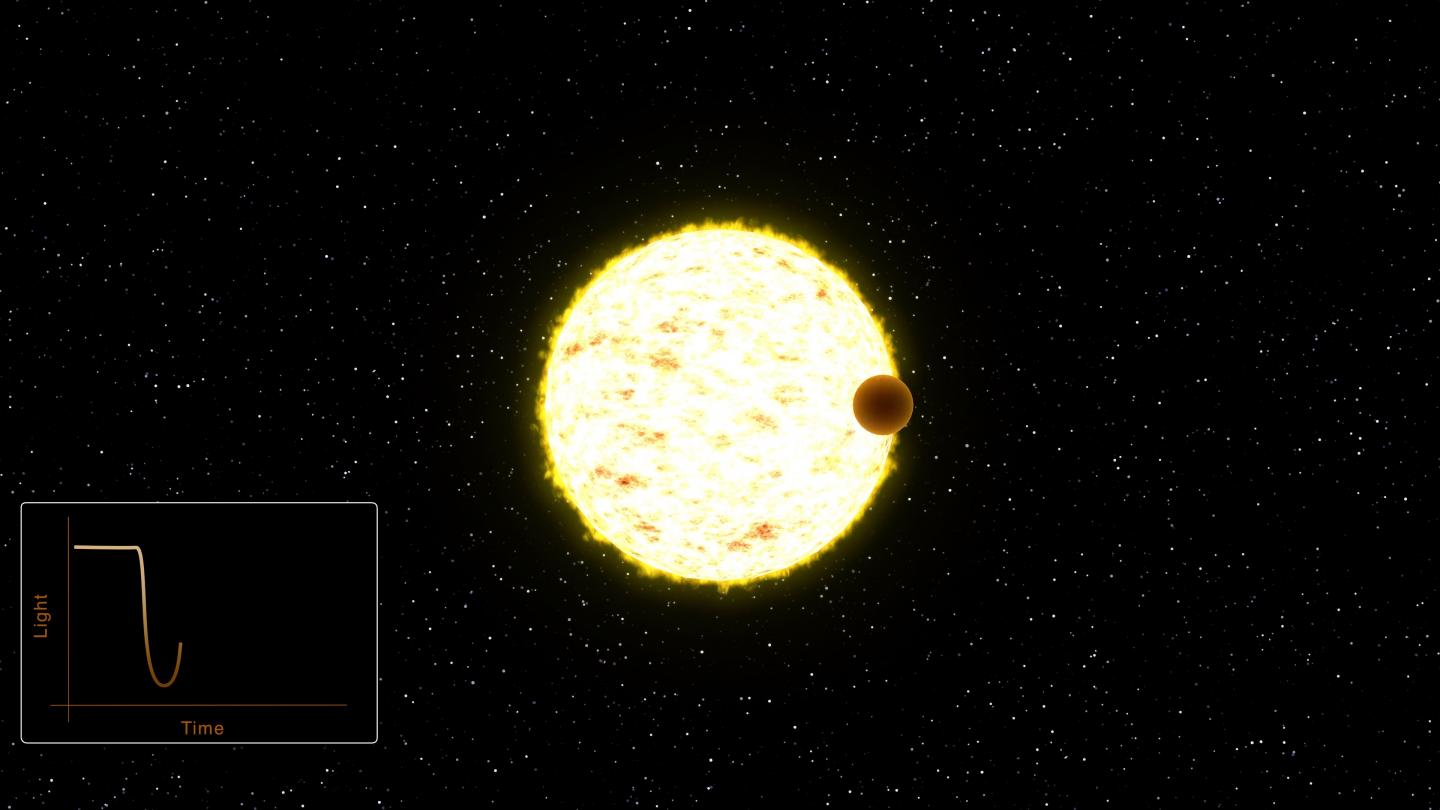 UNIVERSITY PARK, Pa. — Data from a massive search for cosmic radio emission released Feb 14. by the Breakthrough Listen Initiative–the most comprehensive survey yet of radio emissions from the Milky Way–has allowed astronomers to look for technological signatures of extraterrestrial civilizations that might be looking for us.

Breakthrough Listen–based at the University of California, Berkeley–announced the public release of the data as well as research investigating these “technosignatures” at a media briefing Feb. 14 in Seattle, Washington, as part of the annual meeting of the American Association for the Advancement of Science.

The new research, led by Penn State graduate student Sofia Sheikh, is inspired by a technique Earth-bound astronomers use to identify and study planets outside of our solar system–exoplanets–called transit photometry. The technique relies on sensitive equipment like NASA’s Kepler space telescope to detect the infinitesimal dip in a star’s light as orbiting planets pass in front of the star from our line of sight. In this new search for radio emissions, the astronomers looked for radio emissions from 20 nearby stars that are aligned with the plane of Earth’s orbit such that an alien species around those stars could see Earth pass in front of the Sun with such a telescope of their own.

The team used the Green Bank Telescope in West Virginia to look for radio signals from potential exoplanets in the so-called C-band, radio waves with a frequency between 4 and 8 gigahertz. The project was conceived by Sheikh, who started the work as an undergraduate at UC Berkeley and who also led the data analysis. She checked billions of frequencies for strong radio signals using one of the largest radio receivers in the world, the Green Bank Telescope.

“This region has been talked about before, but there has never been a targeted search of this region of the sky,” Sheikh said. “If other civilizations have telescopes like ours, they would know that the Solar System has planets from their transits, and even know that Earth has life. That is how we have discovered thousands of other exoplanets, so it kind of makes sense to extrapolate and say that that might be how other intelligent species find planets as well. And if they know we’re here, they might be signaling us.”

While Sheikh and her team found no technosignatures of civilization, the analysis and other detailed studies the Breakthrough Listen group has conducted are gradually putting limits on the location and capabilities of advanced civilizations that may exist in our galaxy.

“We didn’t find any aliens, but we are setting very rigorous limits on the presence of a technologically capable species, with data for the first time in the part of the radio spectrum between 4 and 8 gigahertz,” said Breakthrough Listen principal investigator Andrew Siemion, who presented the media briefing. “These results put another rung on the ladder for the next person who comes along and wants to improve on the experiment.”

Sheikh noted that her mentor, Penn State Professor of Astronomy and Astrophysics Jason Wright, estimated that if the world’s oceans represented every place and wavelength we could search for intelligent signals, we have, to date, explored only a hot tub’s worth of it.

In this and other SETI searches, Siemion said, Breakthrough Listen looks for electromagnetic radiation that is consistent with a signal that we know technology produces or some anticipated signal that technology could produce, and that is inconsistent with the background noise from natural astrophysical events. This also requires eliminating signals from cellphones, satellites, GPS, internet, Wi-Fi, and myriad other human sources.

In Sheikh’s case, she pointed the Green Bank Telescope at each star for five minutes, pointed away for another five minutes, and repeated the process two more times. She then threw out any signal that didn’t disappear when the telescope pointed away from the star. Ultimately, she whittled an initial million radio spikes down to a couple hundred, most of which she was able to eliminate as Earth-based human interference. The last four unexplained signals turned out to be from passing satellites.

“My search was sensitive enough to see a transmitter basically the same as the strongest transmitters we have on Earth, because the targets were nearby,” Sheikh said. “So we know that there isn’t anything as strong as our strongest radars beaming something at us. Even though this is a very small project, we are starting to get at new frequencies and new areas of the sky.”

Breakthrough Listen released nearly 2 petabytes of data, about half of which comes from the Parkes radio telescope in New South Wales, Australia, and half from the Green Bank Observatory. This marks the second significant release of data from the four-year old search for extraterrestrial intelligence (SETI). A petabyte of radio and optical telescope data was also released last June, which, at the time, was the largest release of SETI data in the history of the field. With these releases, Breakthrough Listen is inviting the public to search the data for signals from intelligent civilizations.

“Since Breakthrough Listen’s initial data release last year, we have doubled what is available to the public,” said Breakthrough Listen’s lead system administrator Matt Lebofsky. “It is our hope that these data sets will reveal something new and interesting, be it other intelligent life in the universe or an as-yet-undiscovered natural astronomical phenomenon.”

Breakthrough Listen, based at UC Berkeley, is supported by a $100 million, 10-year commitment from the Breakthrough Initiatives, which was founded in 2015 by Yuri and Julia Milner to explore the universe, seek scientific evidence of life beyond Earth and encourage public debate from a planetary perspective.

Scienmag May 22, 2019
Innovation developed in partnership with Sembcorp Design and Construction, and Sembcorp Architects &…