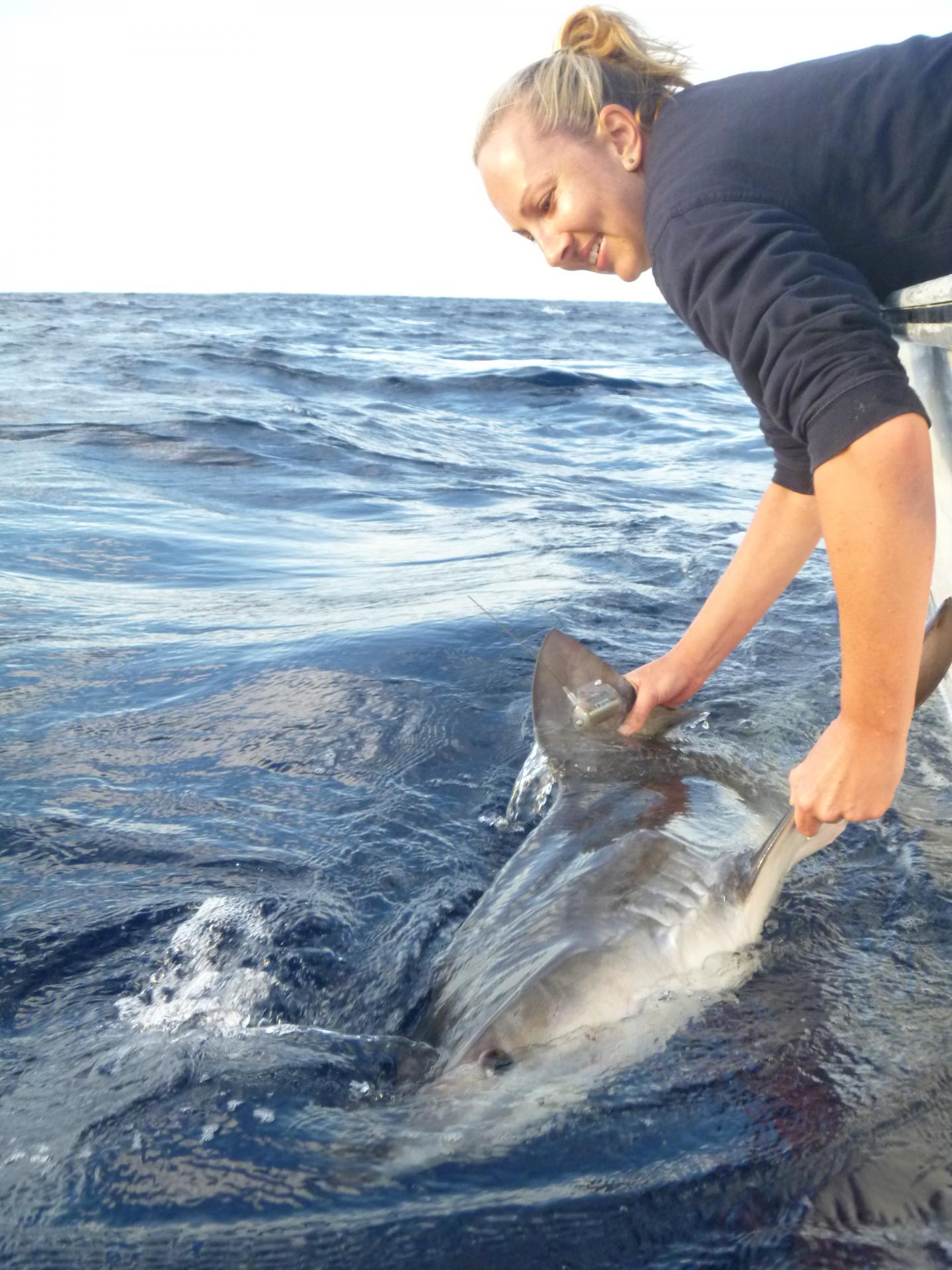 Longline fisheries around the world are significantly affecting migrating shark populations, according to an international study featuring a University of Queensland researcher.

The study found that approximately a quarter of the studied sharks’ migratory paths fell under the footprint of longline fisheries, directly killing sharks and affecting their food supply.

Dr Bonnie Holmes, from UQ’s School of Biological Sciences, wanted to find out why shark numbers have been declining significantly over the past 20 years.

“We’re losing these incredible creatures, and we know so little about shark movements and what drives them,” she said.

The team, comprising of over 150 scientists from 25 countries, collated the migratory tracks of more than 1600 sharks from a range of species, examining shark movements at a global scale.

“This allowed us to, for the first time, to see how different species overlap in habitats – both in time and space – and understand how these species are interacting with global fishing fleets,” Dr Holmes said.

“The results indicate that sharks are exposed to fishing pressure from longline fisheries around 25% of the time.

“This doesn’t even include localised pressures from near-shore operations, like game fishing, shark control or subsistence fishing.

“These sharks are amazing animals that can travel vast distances, but it’s clear that they have limited refuge from both high-seas and coastal fishing operations.

“Of particular concern was the fact that tiger sharks in the Oceania region are at a moderate-to-high risk from longline fleets for at least six months of the year.”

Despite the harrowing data, Dr Holmes is hopeful that the international community will be able to protect and foster shark species.

“This research project demonstrates the power of collaboration at an international scale,” she said.

“Our international team now has more projects in mind for our collective data, which will hopefully result in some significant action, helping prioritise management improvements across jurisdictions.

“This could help protect many of these migratory species, particularly those that are currently threatened.

“It’s important that, as scientists, we continue to work outside of our own ‘silos’, and understand that collaboration is key to achieving greater success.

“This is how we’ll create real action on issues like sustainable fishing, and further understand how contemporary, complex issues like climate change are impacting the wildlife around us.

“It will take time, but governments around the world need to work together to save our most vulnerable shark species.”

Getting fertilizer in the right place at the right rate

Scienmag Apr 24, 2019
Credit: Photo by T. King. We've all heard about the magical combination of being in the right place at the…